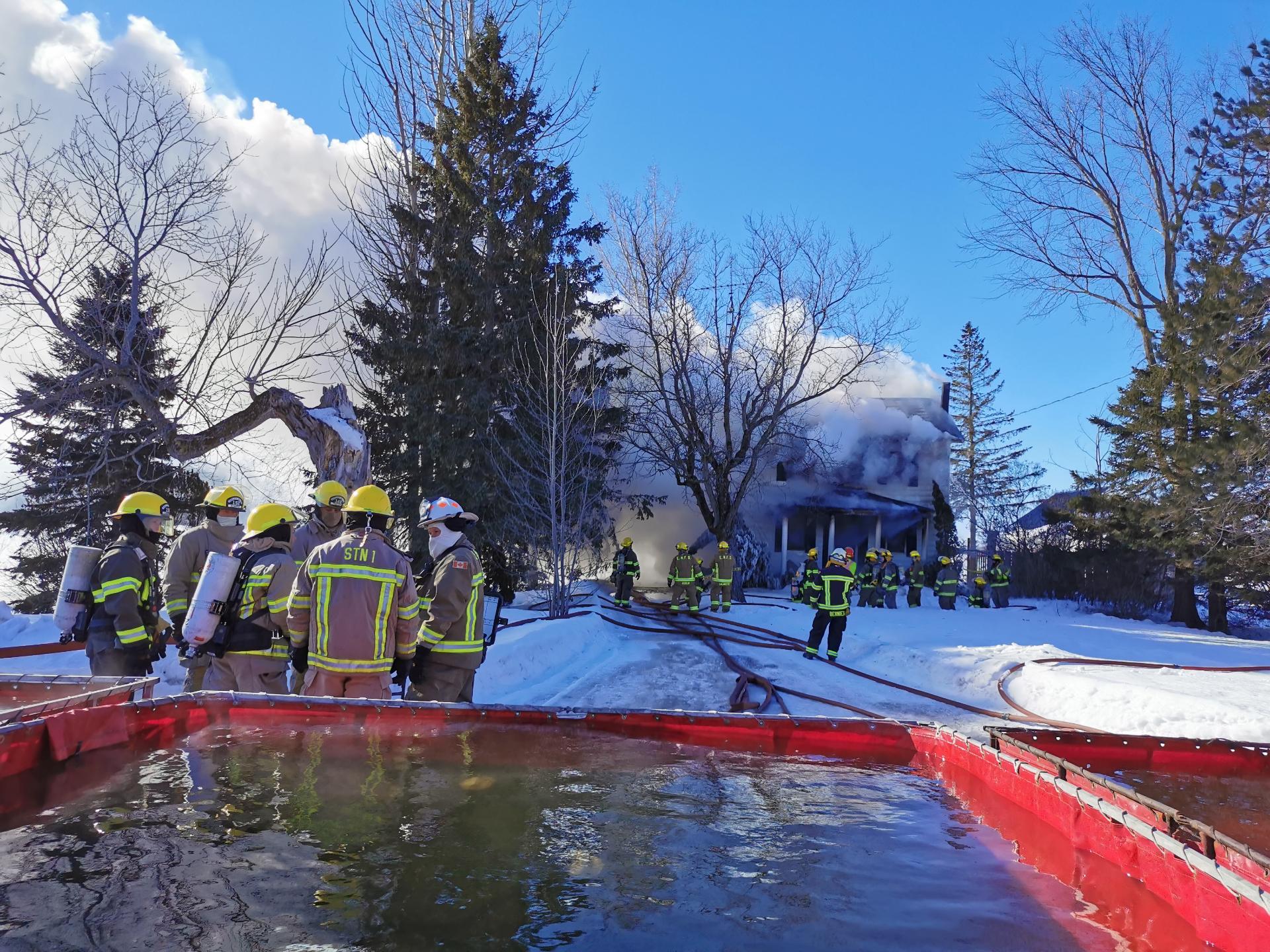 Firefighters at the scene of a house fire on Greenlane Road in East Hawkesbury on Tuesday morning. Photo: Louise Sproule.

Everyone is safe after a fire which broke out at a home on Greenlane Road East in East Hawkesbury on the morning of Tuesday, March 2.

According to East Hawkesbury Fire Chief Bryce Luker, the fire call came in at about 8:05 a.m.  More than 30 firefighters from all three East Hawkesbury stations, plus Champlain Township’s two fire stations – Vankleek Hill, and L’Orignal, responded.

The residents of the home were at work when the fire was detected.  One of the residents had been contacted and was at the scene late on Tuesday morning.

According to Luker, there were no injuries, but the wind and cold temperatures were a challenge for firefighters.

The cause of the fire was not yet known, but Luker did note that there was a wood stove in the house.

The house was still standing late on Tuesday morning, but Luker said that it was not yet clear if the entire structure would have to be demolished.  He said that a representative of an insurance company had arrived at the property and would likely determine the fate of the building.

Firefighters continued their efforts to extinguish the fire as of noon on Tuesday.