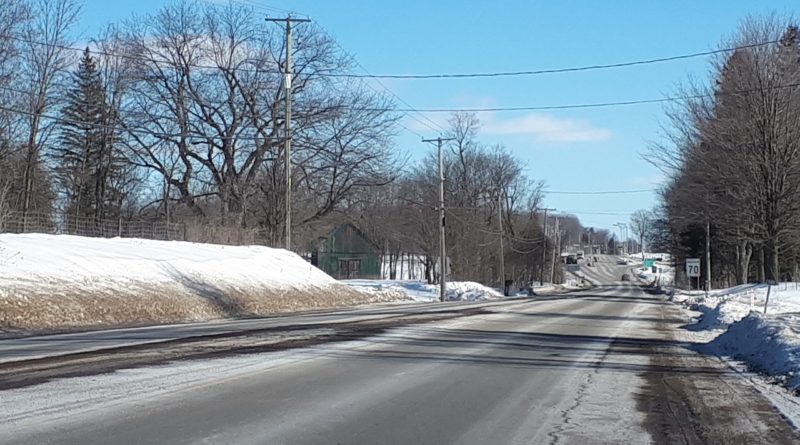 Looking east on Route 148 toward Route 344 (chemin Scotch) near Grenville. The speed limit is 90 km/h until just before the intersection. Photo: James Morgan

The Village of Grenville has asked Québec’s transportation department to do something about speed on Route 148 near the village.

According to Mayor Pierre Thauvette, a resident complained about the speed of traffic on the highway around the northern part of the village and near where it intersects with Route 344.

Only a small portion of the village around Rue McIntyre borders Route 148, the rest of the area is within Grenville-sur-la-Rouge.

The former Cabaret property near the corner of Rue Principale and Rue Maple (Route 344) in Grenville remains for sale.  In 2018, the village purchased the now vacant former strip bar as part of a plan to improve the appearance of the area and discourage illegal activities that are sometimes associated with those types of venues.

The village has been trying to sell the property ever since.  Thauvette said that the property continues to be listed for sale and the approximate price is $350,000.