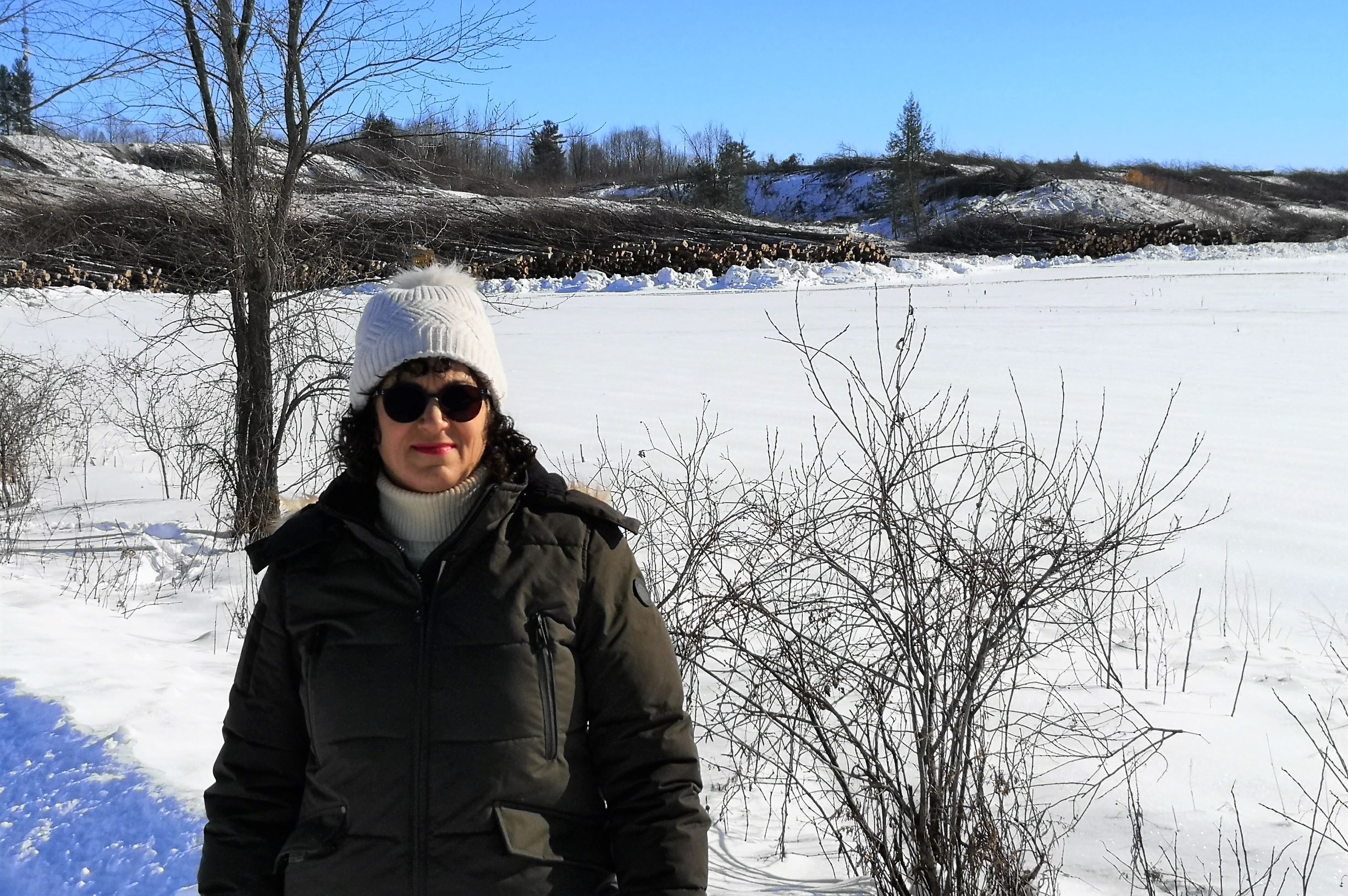 Leeça St. Aubin stands in front of a 20-acre section of trees cut down north of Plantagenet last week. Photo by Reid Masson

Clear-cutting of area forests has once again gained attention in Alfred-Plantagenet, with an online petition to regulate the practice garnering hundreds of signatures over the past few days.

The online petition on Change.org was started by local high school student Eva Carroll last Saturday, after Plantagenet resident Leeça St. Aubin wrote on her Facebook page about clear-cutting of trees near her home in the village. An estimated 20 acres of trees on the ridge north of Pitch Off Road were cut down last week over a two-day period.

St. Aubin’s multiple posts and photos have attracted dozens of comments – most in support, but some negative – on her campaign to rein in clear-cutting in the township. The online petition had garnered more than 800 signatures as of Monday evening. The local teacher says this is just the start of her campaign to pressure Alfred-Plantagenet’s municipal council to implement regulations on clear-cutting.

“People can come in overnight and cut without talking to anybody or facing accountability,” said St. Aubin, who believes those who wish to cut swaths of trees on private land should first go through an application process.

Alfred-Plantagenet Councillor Ian Walker said he is aware of the trees which were felled north of Plantagenet. He has been active on the issue and previously proposed a bylaw to regulate the practice of clear-cutting in the country, which was ultimately rejected by council. Walker said he will bring up the issue again at the regular meeting of council on Tuesday, February 2.

“We have less than 20 per cent forest cover in our township,” said Walker noting the issue is far larger than just one cut in one area. “I think it’s good that Leeça is bringing attention to this specific clear-cut, but the issue is that there’s been many, many clear cuts going on all over the place.”