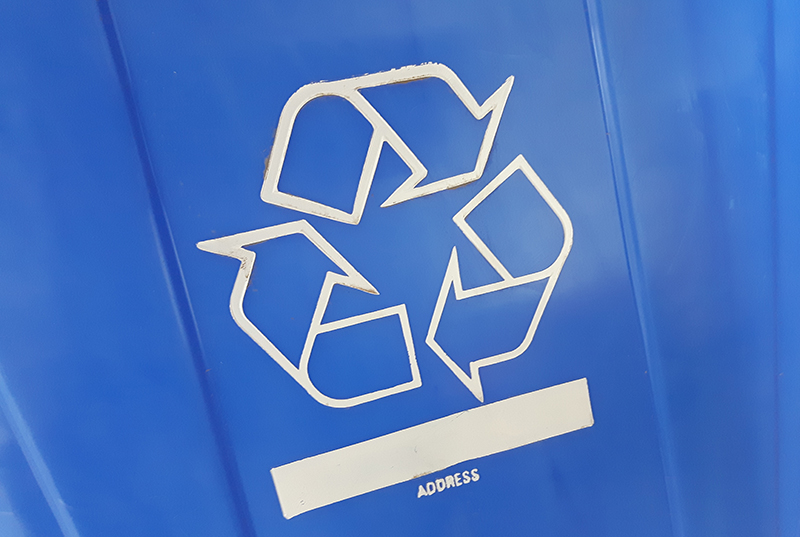 Big changes are coming to Ontario when it comes to recycling, household hazardous waste and electronic waste.

These changes are supposed to lead to producers taking responsibility for the environmental impact of their products – products, for example, that end up in the waste stream or in landfills. But the changes also have financial implications. Producers will have to take financial responsibility for the cost of collecting recyclables and household hazardous waste. And it is hoped that the changes will lead producers to think about what they are producing and for example, reduce packaging.

But wait. There’s more. The changes should free up funds that are being spent by municipalities to sustain the existing Blue Box program. Joint Recycling Committee Recycling Coordinator Robert Lefebvre estimates that the three local municipalities (the Township of East Hawkesbury, Champlain Township and the Town of Hawkesbury) which pooled their resources decades ago to manage local recycling, spend about half a million dollars per year to sustain the pick-up of recyclables and coordinate the household hazardous waste program. Theoretically, with producers taking over these costs, all Ontario municipalities which are currently absorbing part of the cost of blue box programs will have these funds freed up for other purposes. Lefebvre hopes that municipalities turn their attention to green waste (compostable items). That waste accounts for about 40 per cent of what goes into landfill sites, according to Lefebvre.

The Review spoke with Lefebvre this week about the coming changes, connected to the “Resource Recovery and Circular Economy Act.” The idea is: those plastic items you purchase, appliances, toys, and other items should not be ending up in landfill sites. Many countries have made progress with waste diversion, repurposing and repair of items. Likewise, food rescue programs diverting edible food from restaurants, grocery stores and markets that would otherwise go to waste and distributing it to those in need is happening in many places. Food rescue can happen at home, too. Visit www.foodrescue.ca to find out more.

“The idea really is a circular economy,” said Lefebvre, who adds that the new legislation, and the concurrent shift in responsibility for waste, has been in the works for decades.

Relieving municipalities across Ontario of the approximately $175 million cost for the 230 recycling programs in place may be a welcome relief for some. Although one-half of the recycling program costs were supposed to have been borne by the government through funds it collected from producers via Stewardship Ontario, many municipalities have claimed they were not receiving the full 50 per cent of the cost of the blue box program in their municipality. Across the province, it is currently a mix of county-run and municipally-run blue box programs, or in some cases, as in the Joint Recycling Committee, municipalities have joined together for efficiencies.

Municipalities across the province are transitioning to the new funding model during different years. Alfred and Plantagenet, the Village of Casselman, The Nation Municipality, the Joint Recycling Committee municipalities and Clarence-Rockland are all set to transition in 2023.

Despite the promise of big changes at the heart of the recycling program, the average person should not see any change in how their recyclables are collected — at least not until 2026, according to Lefebvre. But during the next few years, as producers take over financial responsibility for the blue box program, changes could take place.

“If the producers look at what we are doing and they think they can do it more cheaply, or they want to outsource the collection and the sorting, or they want to change pick-up to alternate weeks, that will be their choice,” says Lefebvre. Citizens could also see the introduction of collection depots, in some cases.

Producers of recyclable products, electronic waste and other products, like paint and cleaners, are creating associations and forming alliances to put the new funding strategy in place. In other cases, some large companies will register with the Resource Productivity and Recovery Authority, created in November 2016 by the province as a regulatory authority to support the transition to a circular economy and a waste-free Ontario. Visit: www.rpra.ca.

The household hazardous waste (HHW) day slated for May 1, 2021 will take place as planned, with students from Vankleek Hill Collegiate Institute benefiting from the event by volunteering during the HHW event.

Lefebvre is the first to say that the transition – and the entire world of waste products – is complex. “First importers” are those who bring a product into Ontario and will bear responsibility just as if they were producers.

“But at the end of the day, the idea is that if producers have to pay more because of the way they are packaging their products, they will change,” Lefebvre said.

“It’s all about building a better mousetrap at the end of the day,” he ended.