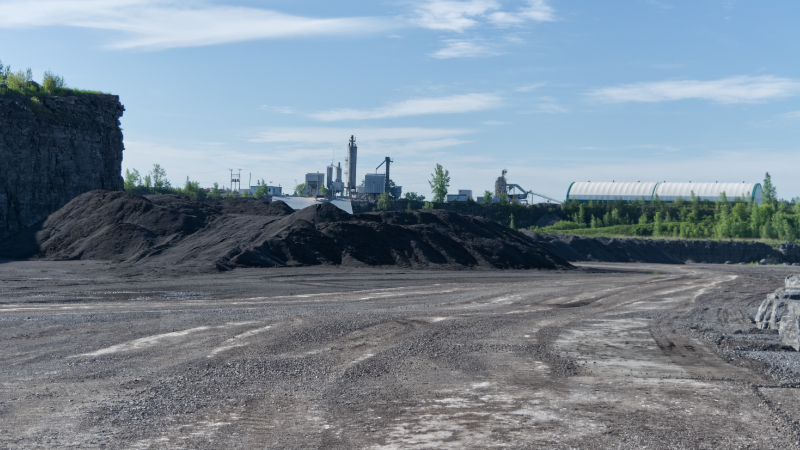 The Local Planning Appeal Tribunal (LPAT) hearing into the proposed Colacem cement plant near L’Orignal ended on December 18, 2020, but it could be up to three months before hearing Chair Nicholas Robinson issues a ruling.

During the final arguments on December 18, Colacem legal counsel Chris Barnett defended what he called the objectivity of the Ontario Environmental Protection Act, the municipal planning process, and the Provincial Policy Statement (PPS) which guides land use planning practices for municipalities.  He noted that the PPS differentiates between “rural” and “pastoral” areas.

He said that it makes sense for Colacem to use limestone from its existing quarry at the site for cement production.

Barnett called the studies commissioned by Colacem regarding dust and noise emissions from the site a “science-based approach” and said that responses to concerns should always be based on science.

Barnett made similar arguments about noise.

“Any potential adverse effects Sir have been minimized and mitigated,” he stated to Robinson.

Barnett said that any difficulties residents have with municipal planning decisions “are for the ballot box” as a means of resolution.  He said that approval of the plant would allow for the introduction of a complaint process and management practices that are not in place at the present time.

He concluded by stating that the appeals should be disposed of based on scientific evidence.

Greg Meeds, the legal counsel representing the UCPR, also requested that the appeal be dismissed.  He said everything was done within the context of the PPS.

Gabriel Poliquin, one of the two legal counsel representing Action Champlain, that protecting residential uses means protecting the enjoyment residents can have from living on their property.

“They want to enjoy their property as it’s meant to be enjoyed,” he said.

“It won’t be operating in isolation, it will be operating next to a quarry,” Poliquin said of the cement plant.  He said that the tribunal cannot assume that standards will be met.

“The model is fundamentally flawed,” said Poliquin, adding that there was a “general sloppiness” in the studies about potential air quality issues.

Poliquin asked for the LPAT to reject the appeal made by Colacem.

Action Champlain counsel Ronald Caza said that there were three “fatal flaws” in the case.  He said there is no satisfactory evidence about possible adverse effects that increased quarry operations could have, especially about air quality.  Secondly, he said that Colacem is relying on the Environmental Certificate of Approval it was issued from the Ontario Ministry of the Environment, Conservation, and Parks (MECP), but no challenges were made to the evidence Colacem put before the ministry.

Caza made his third point by stating “Colacem is trying to put a round peg in a square hole,” to get approval.  He said that not enough attention was given to the potential effects of increased quarry operations and that it and the cement plant should be regarded as a single operation.

“The evidence provided by Colacem is not reliable,” said Caza.  He referred to the incorrect use of imperial measurements instead of metric measurements in some of the studies.

Caza alleged that there is not sufficient space for a noise buffer to be constructed on the property.  He also alleged that the MECP was not aware of the possible impact upon neighbours and other related concerns.

Barnett objected.  “It’s a zoning case sir, it has nothing to do with environmental compliance approvals.”

He also called the allegation that the MECP was misled, “taking it too far.”

Robinson thanked all parties in the hearing for their efforts, and he thanked the community for its interest in the case.