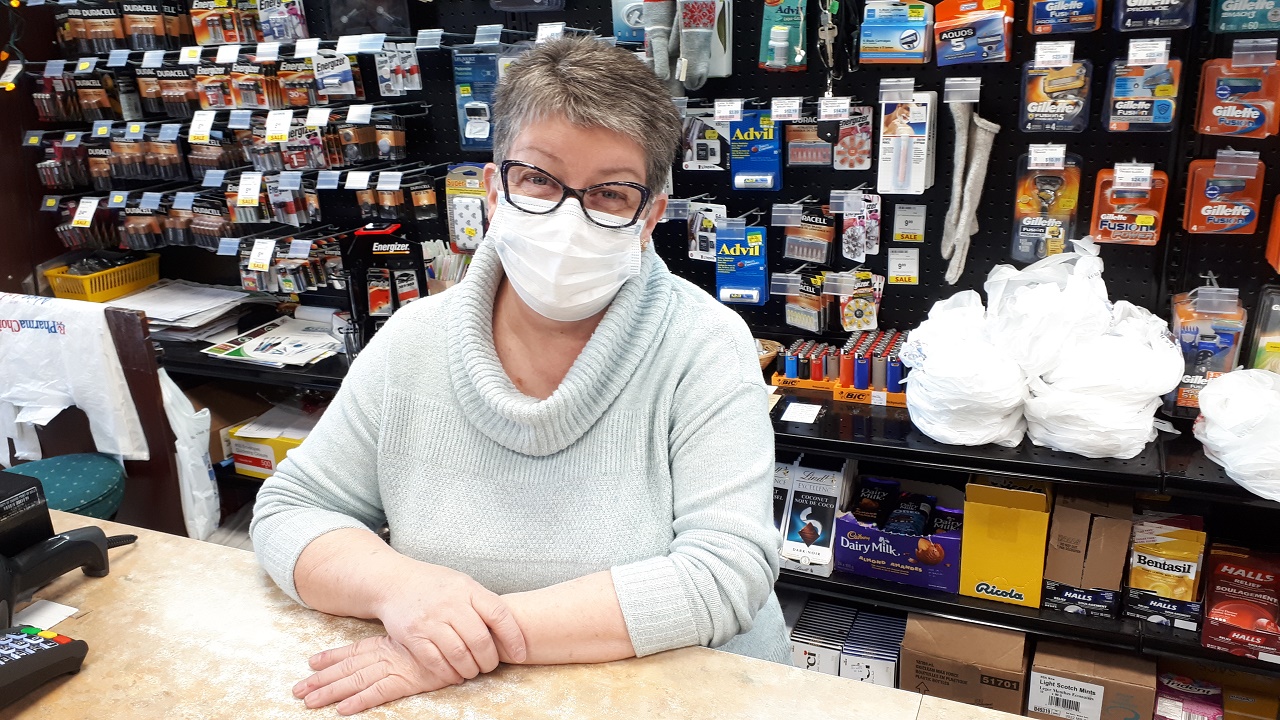 Sylvie Doth prescribes customer service and conversation each day at the Vankleek Hill Pharmacy.  She has been working at the front counter at the drugstore on Main Street for more than 39 years.

Doth has lived in Vankleek Hill her whole life.  She first worked as a waitress and then a grocery store cashier at the Metro store that used to be on Highway 34 before starting at the drugstore in 1981.  She also had a role in helping set up the popular restaurant at Herb’s Travel Plaza near the Highway 417 and Highway 34 interchange.

She said that the community is helpful and accommodating to each other and that she could not imagine living anywhere else.

And save the date!  On March 13, 2021, Sylvie Doth will be celebrating her 40th anniversary at the Vankleek Hill Pharmacy.  Be sure to stop by and offer her your best wishes!