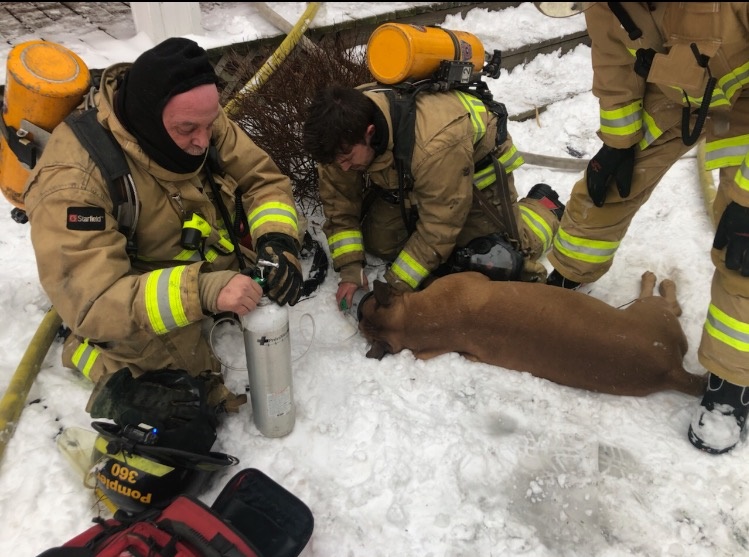 Grenville firefighters administered oxygen to a dog rescued from a house fire on Rue due Canal Sud on Wednesday, November 25. Submitted photo

In medical emergencies, oxygen is not just for people.

A dog was rescued from a house fire in Grenville on Wednesday, and firefighters administered oxygen to the household pet to help it recover from smoke inhalation.

Many fire departments now carry special masks so that oxygen can be administered to dogs and cats rescued from household fires.

The call to the fire at a house on Rue du Canal Sud was received at 11:23 a.m. on Wednesday.  None of the four people who lived in the house were injured.  The Red Cross is assisting with their needs.

Fire departments from Grenville-sur-la-Rouge, Brownsburg-Chatham, and Lachute also assisted at the fire.

Aubry said that the value of damage due to the fire is approximately $100,000.

The cause of the fire has not been determined but Aubry said it was not a suspicious fire.