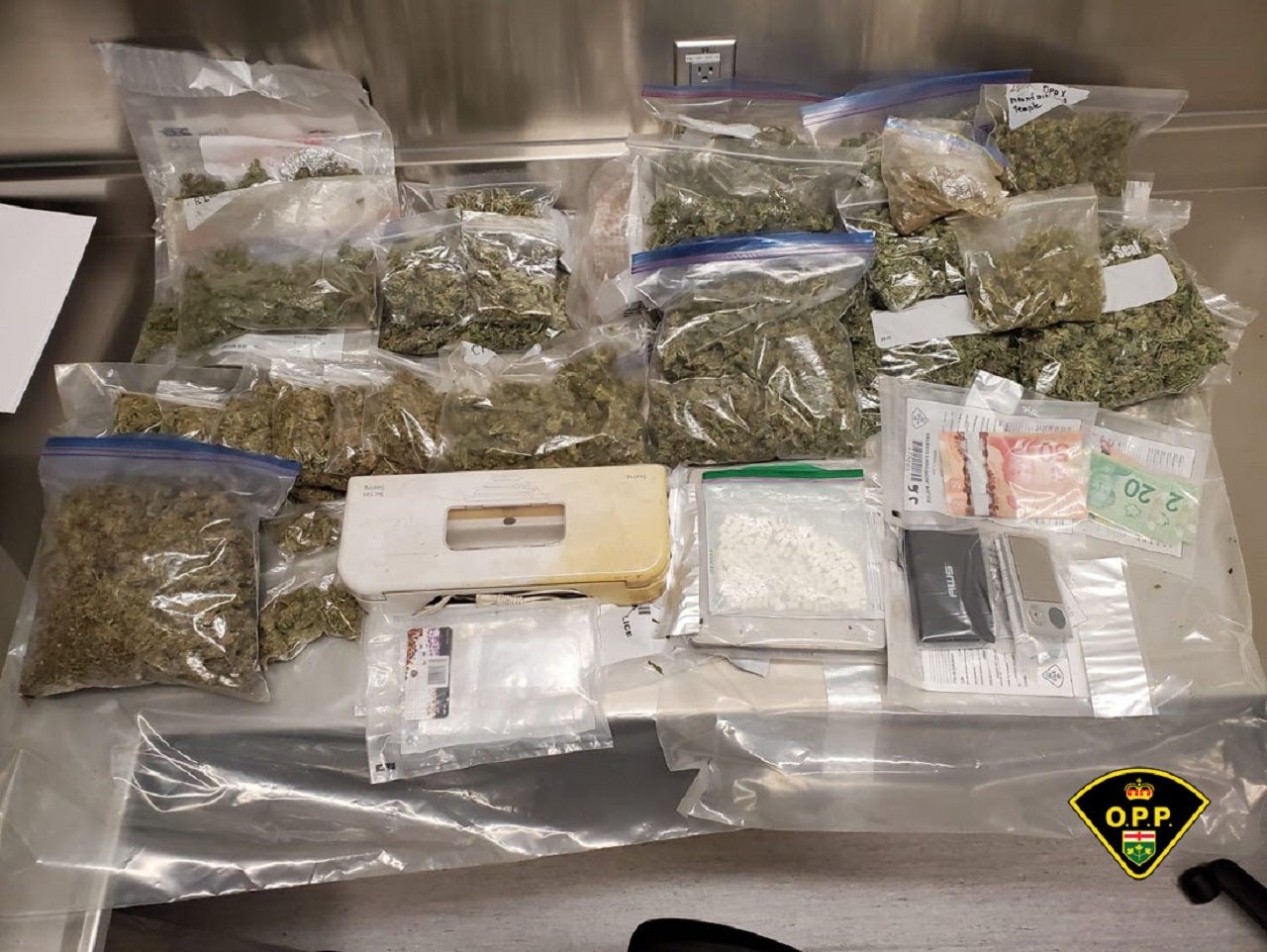 Drugs and other items seized by OPP officers in Fournier on October 27, 2020. Photo: OPP

On October 27, 2020, members of the Street Crime Unit, assisted by the OPP Tactics and Rescue Unit (TRU), OPP Emergency Response Team (ERT), and OPP Canine Unit, executed a search warrant at a home on County Road 10. One person was arrested in a vehicle by ERT members at another location.

Officers seized a quantity of suspected methamphetamine, cocaine and psilocybin, as well as illicit cannabis. Investigators also seized nearly $2000 in Canadian currency and other items typically associated with drug trafficking. One person was arrested at the scene.

A 36-year-old man from The Nation municipality has been charged with:

The accused has been released from custody and is scheduled to appear at Ontario Court of Justice in L’Orignal on December 16, 2020.