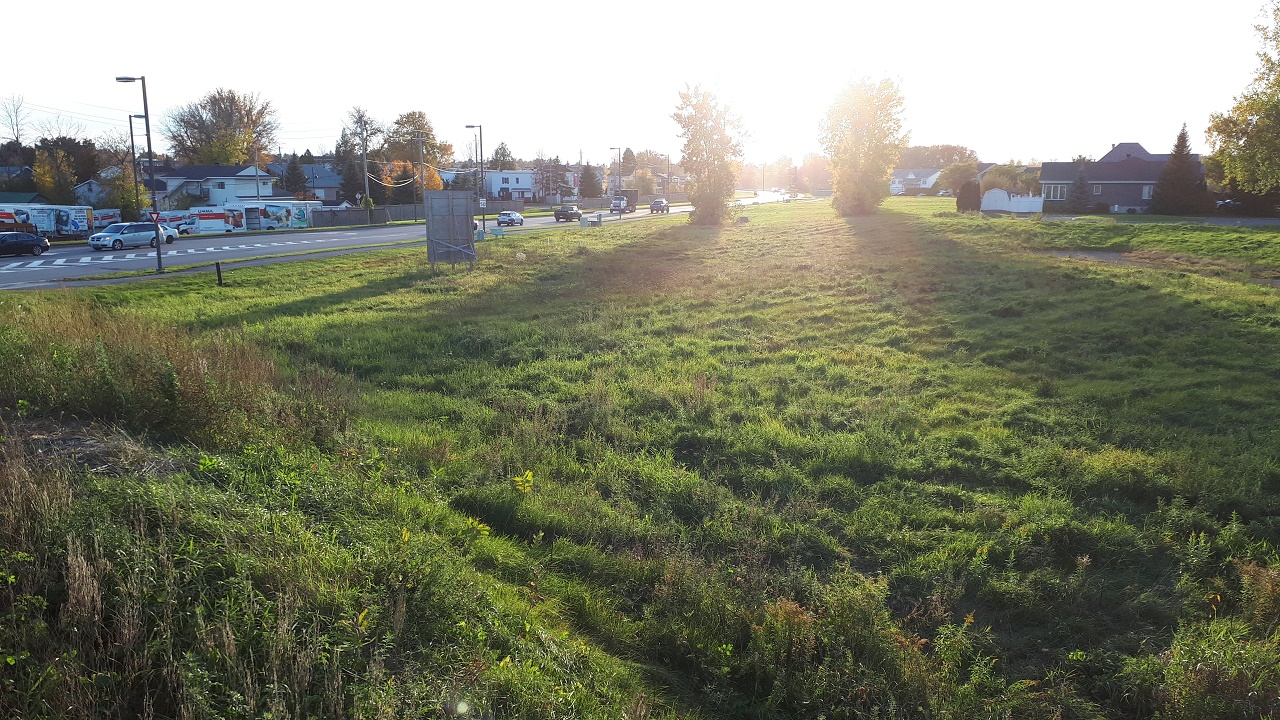 Land along Chenail Boulevard in Hawkesbury is the subject of contamination studies. Photo: James Morgan

At the October 13 Hawkesbury council meeting, Mitchell Dawley of engineering firm Morrison-Hershfield presented the findings of the Phase II Environmental Site Assessment (ESA) on contaminated soil and groundwater along Chenail Boulevard in Hawkesbury.

The affected properties are in the area along Chenail Boulevard, near John Street and Belle Rive Street and are a mix of public and private land. Railway tracks formerly ran through the area and it was the site of fuel storage and depot facilities, an automobile dealership, and gas stations.  Dawley said that much of the soil in the area was placed there due to infilling and is of unknown origin.  He explained that some of the filled area used to be part of the Ottawa River.  The fill used in the area is what Dawley described as “sub-surface,” at approximately 1.5 metres in depth.

Fuel, oil, and heavy metals have been detected in the soil and water from 14 monitoring well bore holes than engineering crews drilled in the area.  Groundwater at the site flows toward the Ottawa River in a plume centered on the south side of Chenail Boulevard.

Dawley explained that there is no immediate risk to other groundwater, drinking water, and no vapours from fuel oil have been detected which could seep into the basements of buildings, including residential properties on Belle Rive Street.

As future steps, Dawley recommended a series of shallow soil samples be taken and remediation work done.  He said that prospective developers of the vacant land at the corner of Chenail Boulevard and John Street should have to perform further technical studies on the condition of the land before any development could be approved.  Dawley also said there is a possibility that the town could be liable for off-site contamination that originated on municipal land.

The additional testing would also give a better indication of the extent of the contamination so it can determine how to manage the issue.

Director of Public Works Guillaume Boudrias told council that the report containing the recent findings will be submitted to the Ontario Ministry of the Environment, Conservation, and Parks.

Councillor Robert Lefebvre noted that the undeveloped land in the area is valuable due to its location and suggested the town look into if brownfield remediation funding is available for further decontamination work.

Mayor Paula Assaly said she was concerned that more contamination would be found once further digging began, including in areas not currently affected.

Dawley said that the extent of the contamination could be influenced by the placement of the materials.

Assaly also asked for confirmation of if a developer could go ahead with the technical studies so that their plans for the private property can be advanced.

“I think it’s reasonable for them to go ahead with those studies,” said Dawley.

Dawley said that monitoring is a better option than complete removal of the materials.

Council will decide on the next steps to take regarding the contaminated ground.