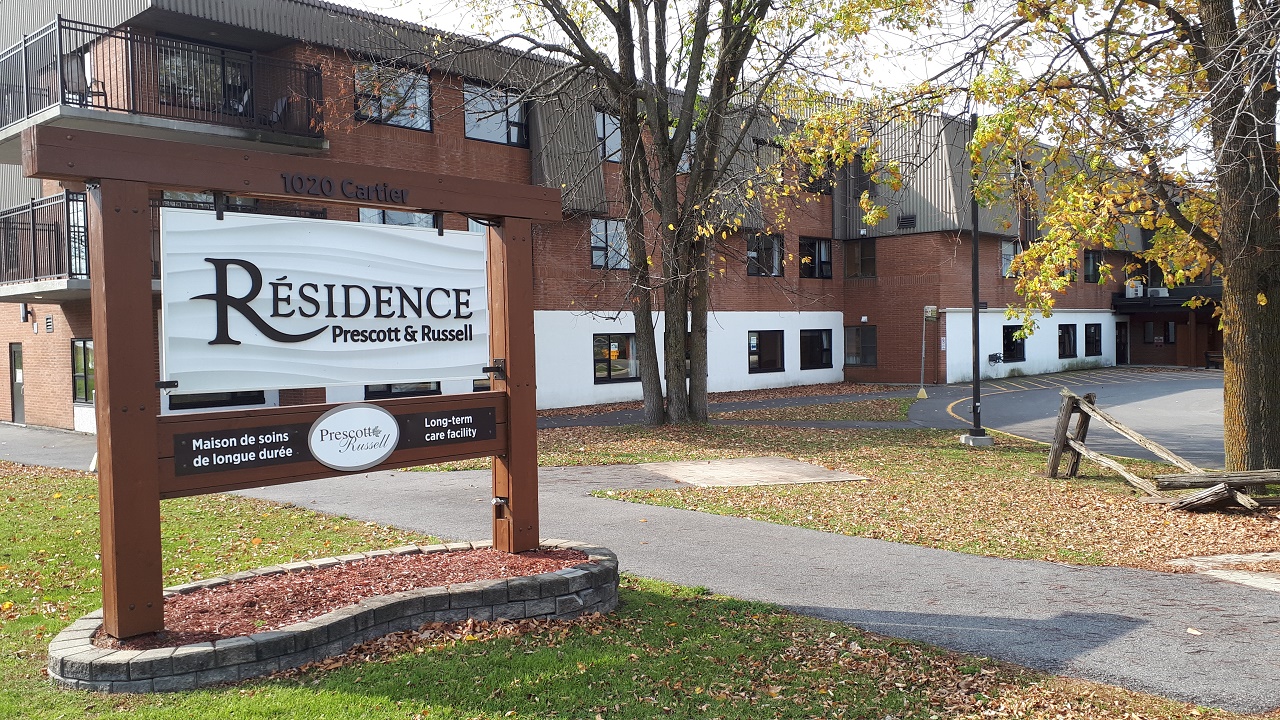 The number of COVID-19 outbreaks across the jurisdiction of the Eastern Ontario Health Unit (EOHU) increased during the Thanksgiving weekend.

As of Tuesday, October 13, there were 25 active cases of COVID-19 at the Prescott and Russell Residence in Hawkesbury.  Out of that total, 17 of the cases were among residents, and eight of the cases were among employees.  The first case at the facility had been confirmed on October 9 and totals increased during the succeeding four days.  The residence was still awaiting further test results as of Tuesday afternoon.

According to EOHU Medical Officer of Health Dr. Paul Roumeliotis, the outbreak at Prescott and Russell Residence began as a regular respiratory illness outbreak but was later identified as COVID-19.  He said that an investigation continues into how COVID-19 found its way into the facility.

Roumeliotis said that deploying Red Cross personnel to a long-term care facility would depend on the extent of the outbreak and factors such as how many residents and employees had tested positive and the ability of the facility staff to continue regular operations and care of residents.

The 25 cases at the Prescott and Russell Residence composed all of the active cases of COVID-19 in the Town of Hawkesbury as of October 13.

The Canadian Red Cross has offered to assist at long-term care facilities with significant COVID-19 outbreaks.  On Tuesday, Roumeliotis said that homes in the local area that could receive Red Cross assistance are still being identified.

A COVID-19 outbreak was declared during the Thanksgiving weekend at The Palace Retirement Home in Alexandria.  All seven cases at The Palace are among residents and composed the entire number of cases in North Glengarry on October 13.  Roumeliotis said the origins of the outbreak are being investigated.

As of Tuesday, an outbreak also remained in effect at Foyer St-Jacques nursing home in Embrun.

There were 105 active cases of COVID-19 across the jurisdiction of the Eastern Ontario Health Unit (EOHU) as of Tuesday, October 13, bringing the number of cumulative cases to 360.  Out of that amount, 243 cases were officially resolved.

There were 26 active cases of COVID-19 in the United Counties of Stormont, Dundas, and Glengarry and the City of Cornwall as of October 13.  The highest number of those was in South Glengarry, which had eight cases.  North Glengarry was second highest with seven cases.

There were COVID-19 cases at eight schools across the EOHU’s territory as of October 13.  Most of them were at schools in Embrun and Russell.  When there are two or more cases at a school, it constitutes an official outbreak.

One student at École élémentaire catholique St-Victor in Alfred.

The number of COVID-19 deaths across the EOHU territory as of October 13 remained unchanged at 12.

As of October 13, 67,974 COVID-19 tests had been performed across the EOHU`s jurisdiction at the six testing centres and by paramedics.

The Ministry reported that 51,729 or 85.2 per cent of cumulative cases were resolved as of October 12. Also, as of October 12, there were 230 COVID-19 patients in hospital across Ontario.  Out of those 230 patients, 60 were in intensive care, and 34 patients were on ventilators. 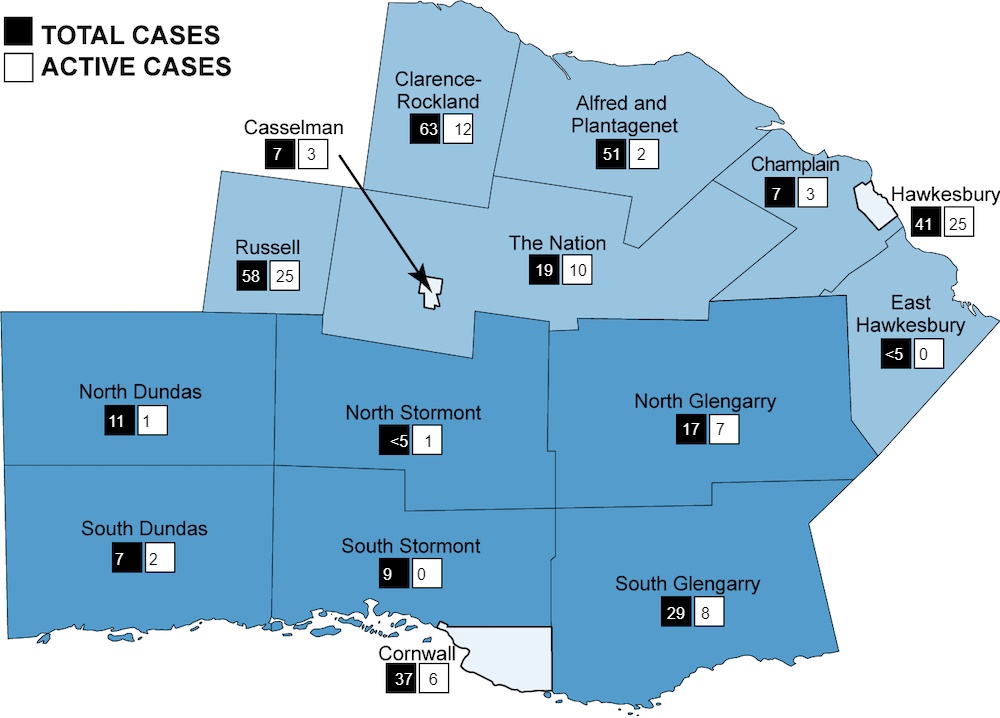