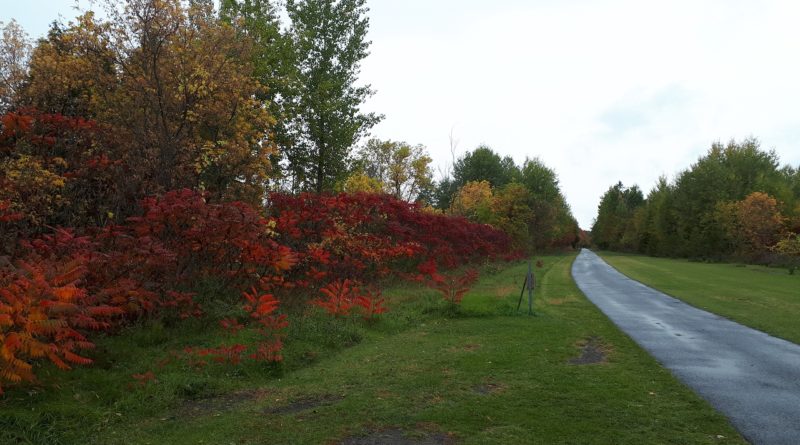 Looking west on the Prescott-Russell Recreation Trail near where it crosses Highway 34, north of Vankleek Hill. Photo: James Morgan

Could it be the end of the trail?

On September 23, United Counties of Prescott and Russell (UCPR) council rejected a staff recommendation that would have renewed the lease the counties have with VIA Rail for the Prescott-Russell Recreation Trail land.  The federal agency has the property for future use as a second passenger rail link between Ottawa and Montréal.

If the trail is to stay open under UCPR jurisdiction, it now has 90 days to renegotiate a new agreement with VIA Rail.  If nothing is done in that period of time, the trail will likely be closed.

The lease expired on August 23, and the counties are now in the legal position of overholding the land.  The Department of Public Works inspected the 20-kilometre section of trail between Barton Road near Vankleek Hill and St-Eugène, which is 25 per cent of the approximately 72 kilometre trail to assess what improvements to the surface, culvert replacements, or bridge repairs are necessary.  The inspection was carried out to give UCPR council information to guide them in their decision.

Based on the inspection, the counties estimate there are 108 culverts on the trail made from concrete, steel, or plastic.  The inspection report estimates that at least one concrete pipe and steel pipe each would have to be replaced every second year to properly maintain the trail.  The inspection also revealed that various sections of the gravel surface would require major rehabilitation for the next five to 10 years.

There are eight bridges along the trail requiring repairs and a 2019 engineering report stated that the work would cost approximately $4.6 million.  In total, approximately $6 million in work is required on the trail during the next 10 years.  The UCPR has spent $4,335,000 on trail work since 2006.

UCPR Interim Public Works Director Jérémie Bouchard told council that the work would be necessary to maintain the current quality of the trail.  He said that some eastern sections of the trail are in especially poor condition.

Champlain Township Mayor Normand Riopel noted that the cost of repairing the bridges represented an additional six dollars per resident of the counties.

Alfred and Plantagenet Township Mayor Stéphane Sarrazin said he has heard complaints from local farmers about the condition of the culverts along the trail and said that it has also created challenges for the township’s public works department.

East Hawkesbury Township Mayor Robert Kirby said that landowners along the trail understood that VIA would maintain the property.  He said that by maintaining the trail, the UCPR is subsidizing VIA’s responsibility.

“It’s not a good deal for Prescott and Russell,” he said.

The mayors discussed if sections of the trail could remain depending on if the local municipalities were interested in maintaining it.  UCPR Chief Administrative Officer (CAO) Stéphane Parisien said that the current structure has the counties responsible for the land on behalf of the municipalities through the trail corporation it created.  Municipalities could negotiate with VIA separately.

The recommended two-year agreement between the counties and VIA would have included $40,000 each year from VIA for trail maintenance.

The UCPR Department of Public Works estimates that it will cost between $460,000 and $3.6 million to decommission the trail, which will involve removing gates, buildings, and parking areas.