Hawkesbury going ahead with study of erosion on Chenail Island 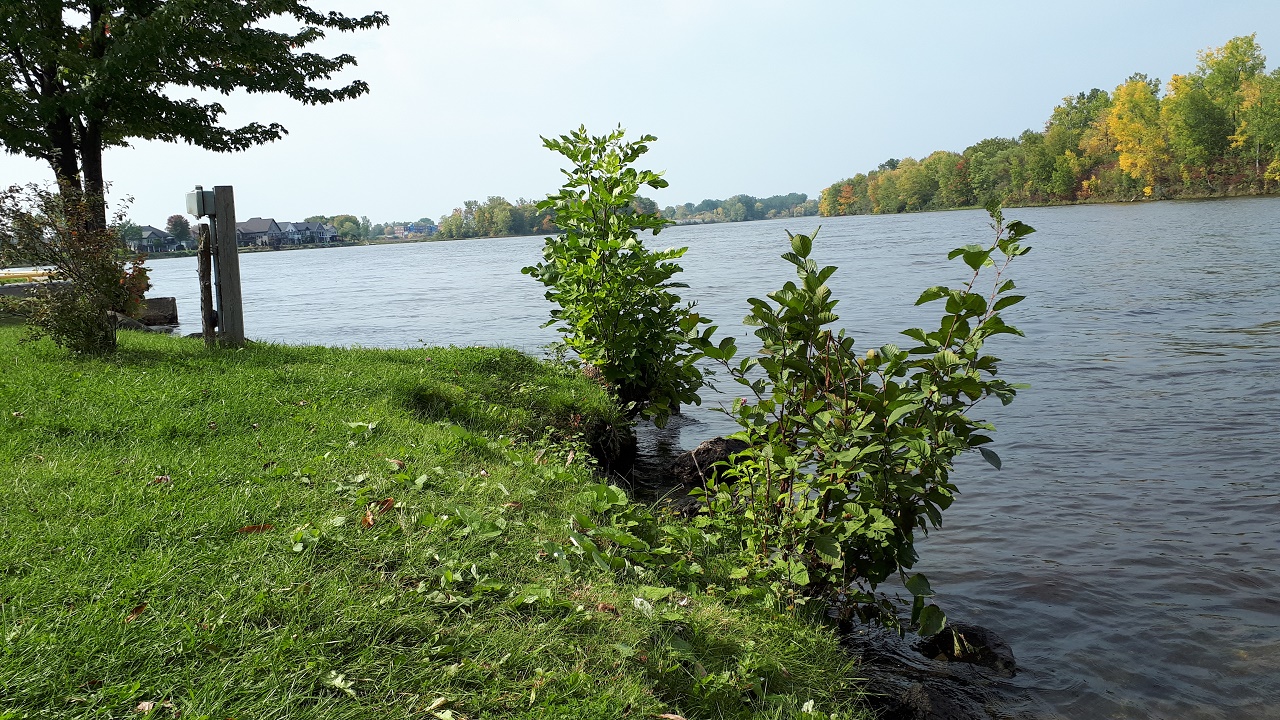 Chenail Island is slipping away, but the Town of Hawkesbury wants to stop that from happening.

At its September 14 meeting, council approved going ahead with a $40,000 study to review the effects of soil erosion from the island where Confederation Park is located.  Council went ahead with the plan even though Interim Chief Administrative Officer Dominique Dussault had recommended postponing the study until 2021.

Dussault recommended postponing the study to next year because the person who would normally oversee the project is absent and the contract awarded for the policy would not have followed the town’s procurement policy.  It requires that goods or services obtained by the municipality with a value between $5,000 and $49,000 must be acquired using a competitive process with prices from a minimum of three different service providers.  In this example, in October 2019, the town had received one estimate of $40,000 from Lascelles Engineering and Associates Limited of Hawkesbury.  The cost of the project was already in the 2020 budget with a plan to use $30,000 from the shoreline reserve fund and $10,000 from the town’s general fund.

According to Mayor Paula Assaly, efforts to have the erosion situation on the island assessed date back to 2013 and 2014, but nothing resulted from discussions involving council and local newspaper coverage at that time.  In 2018, municipal staff photographed examples of erosion along the banks of the island and Lascelles did a preliminary study.  Assaly said that the request to bypass the municipal purchasing policy and go ahead with having Lascelles perform the main study was not introduced to council in a timely manner and that she had not seen a letter sent to Lascelles by the town on October 8, 2019 requesting that the study go ahead.

“Due to the weather and all of the years gone by, this matter needs to be attended to immediately,” Assaly said.

Following council’s approval on September 14, town administration is sending a letter to Lascelles informing them to begin the study work as quickly as possible due to the approaching cold weather.  Assaly is hoping that the study is completed by the end of the summer of 2021.  After the study is completed, the town will receive an estimate on the cost of remediation work, which would not likely begin until 2022 or 2023.  Assaly noted that by that time, it will be 10 years since the erosion problem was first identified and that for her as Mayor, it is unacceptable that it will have taken so long for the situation to be resolved.

The erosion problem on Chenail Island will not affect the concept plan presented earlier this year to redesign Confederation Park because the plan does not affect the shoreline, except for the northeastern portion which is the proposed site of a so-called “urban beach” area.  According to Assaly, there are trees along the shoreline that are threatened with falling into the Ottawa River if nothing is done.  She said that one to three metres have eroded from the island’s shoreline since 2013.