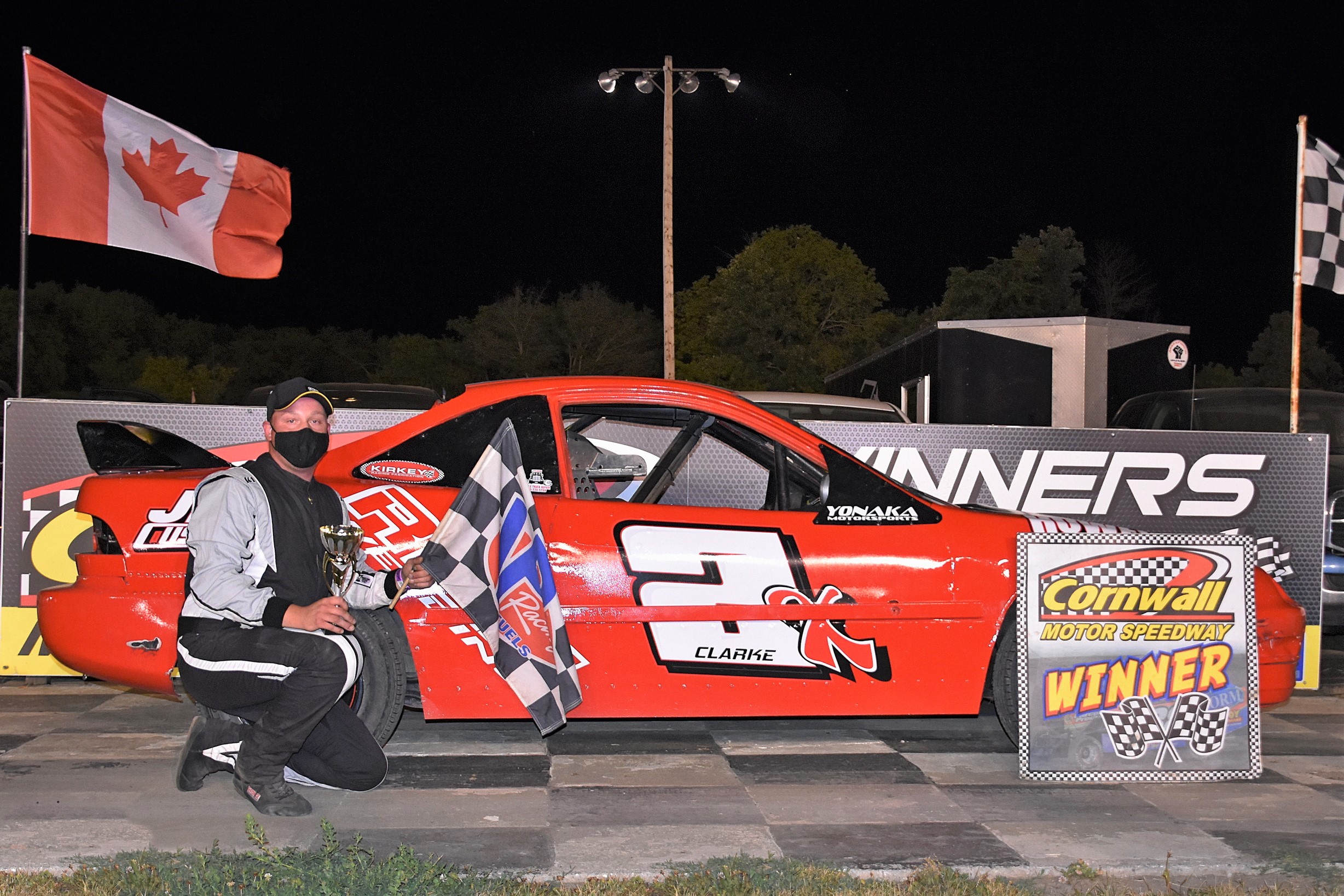 After a successful sophomore campaign in Eastern Ontario dirt track stock car racing, James Clarke is stepping away to focus on family and home.

The Vankleek Hill racer drove his 1994 Acura Integra to wins in six of the eight events he entered in the Mini Stock division at Cornwall Motor Speedway and Brockville Ontario Speedway this season. Both tracks are holding fall events this year because of a late start due to the COVID-19 pandemic, but Clarke will be noticeably absent from the starting line. The break is a planned one, as Clarke wants to spend time with his young family and has projects to complete on the house he and his wife purchased in Vankleek Hill four years ago.

“Over the past two years I’ve put a lot of my time into racing,” Clarke muses. “My son was born two years ago and between racing and trying to adapt to being a dad I don’t have time to do much else. I’m just trying to get things done by the winter and I figure the season would normally be over anyway.”

Six Mini Stock wins were a huge improvement over Clarke’s inaugural season in 2019, when he struggled just to get to the bottom rung of the podium.

“Last year was more of a trial and error (season) – I was new to racing and just trying to get the car figured out and adapt my driving habits to the track,” Clarke recalls. “Sometimes the track is really sticky, sometimes it’s really slippery.”

“It was just a matter of figuring out the balance between the two, adapting myself and also the car to the (different conditions). Last year we spent three-quarters of the season just trying to figure it out and the four last races of the year we were always in the top three.”

There are significant costs in fielding and maintaining a car in dirt track racing. Clark receives some financial support from sponsors, including Howe’s Farm Equipment, Triforce Electric, Rich Welding, and his own company J&L Customs. But for the most part, race costs come out of his own pocket.

“It’s not cheap,” Clarke laughs, when asked about the expenses of racing. “(The prize money) barely covers the cost of entry and my fuel to get there – and that’s if you take a podium finish.”

“(Most likely) we’ll be doing a fresh build over the winter to be back in the Mini Stocks.” 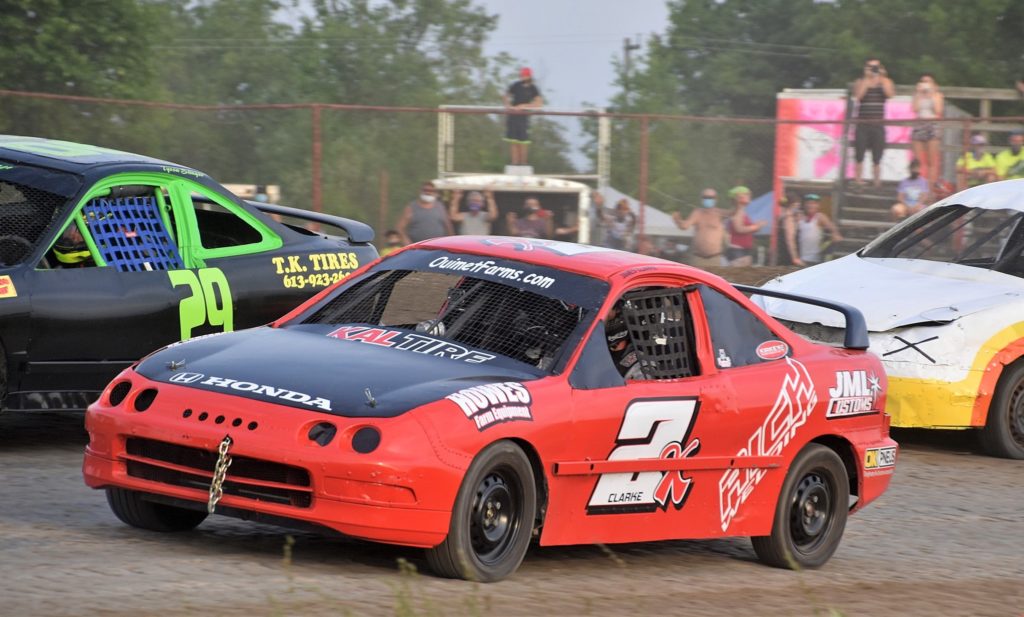 James Clarke takes his 1994 Acura Integra to the inside to make a pass. Photo by Sylvain Lauwers