Funds for flood management, and future improvements to Autoroute 50 in Argenteuil 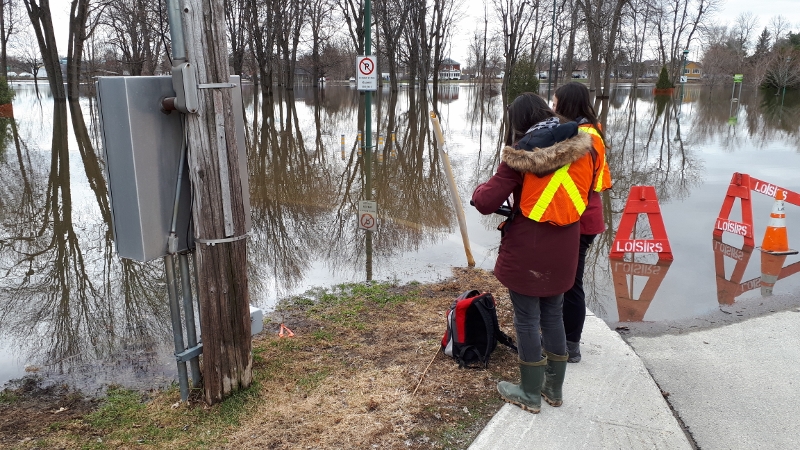 Two MRC d’Argenteuil municipalities with a history of serious spring flooding have received funding for efforts to lessen the severity of future floods.

The Municipality of St-André-d`Argenteuil is receiving $1,810,882 from the Québec government for initiatives to reduce and manage the risk of flooding across its territory.

In the spring of 2019, many properties and roads along Rivière-du-Nord and the Ottawa River were seriously damaged and destroyed by flooding.

“It’s a big file,” was how St-André-d’Argenteuil Mayor Marc-Olivier Labelle described the flood prevention and management needs of the municipality.

He explained that the funding will be used to develop better practices for the management of risks and the protection of infrastructure.

The work will include studies and the development of initiatives to improve the security of properties.

Meanwhile, the Réseau inondations sectorial du Québec (RIISQ), which studies flood control and prevention at the Université du Québec a Montréal (UQAM) has received a $92,000 grant from the MRC d’Argenteuil for flood mapping work in the Town of Lachute.  Areas in the centre of town near Rivière du Nord also experienced serious flooding and damage to homes and businesses during the spring of 2019.

The Ministère des transports du Québec has opened the call for two tenders for improvements to dangerous two-lane sections of Autoroute 50.  MRC d’Argenteuil council was notified of the plan on September 9.  The two-lane sections are between Avenue Bethany/Route 329 in Lachute and Mirabel Airport, and between Route 148 and L’Ange-Gardien at the edge of the Buckingham sector of Gatineau.

Autoroute 50 is a fully divided freeway between Route 148 and Route 327, and there are sporadic passing lanes and divided areas on the Lachute to Buckingham section of highway.  But, along with the section between Lachute and the airport, both mostly two-lane sections have been the scene of many serious and fatal collisions in recent years.