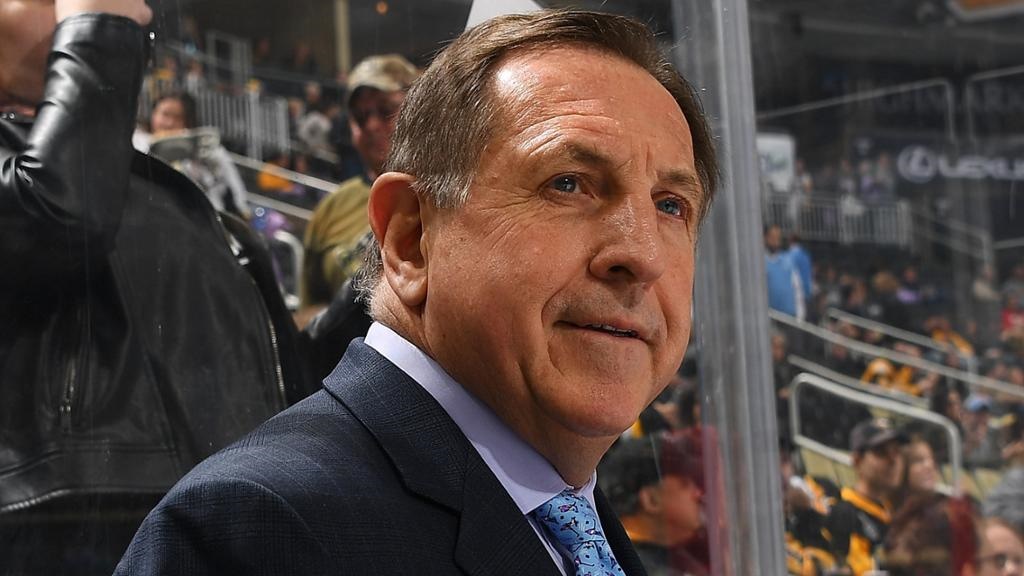 The New York Rangers have a new Assistant Head Coach, and he is someone with local roots.

Jacques Martin was officially appointed to the position on August 31.

Martin was born in Rockland and raised nearby in St-Pascal-Baylon.  He later studied at St. Lawrence University in Canton, New York and at the University of Ottawa.  Martin later taught Physical Education at Algonquin College and coached both the Rockland Nats and Hawkesbury Hawks before moving on to coach the Peterborough Petes and Guelph Platers in the Ontario Hockey League.

Martin’s career as an NHL coach began in 1986 with the St. Louis Blues and stints assistant or associate coach with the Chicago Blackhawks, Québec Nordiques, and Colorado Avalanche followed.

Ottawa Senators fans will remember Martin as the head coach of that team from 1995 to 2004.  He then went on to serve as head coach and general manager of the Florida Panthers, head coach of the Montréal Canadiens, and was an assistant coach for the Pittsburgh Penguins from 2013 to 2020.

Martin won the Jack Adams Award for NHL Coach of the Year in 1998-1999 and was a finalist for the award on three other occasions.  He has guided teams to playoff appearances for 12 of his 17 years as an NHL coach and has served as a head coach for 111 Stanley Cup playoff games.

In addition to his coaching career, Martin has operated the Jacques Martin Hockey School for children aged 7 to 17 at Collège Bourget in Rigaud.  However, the school did not operate in 2020 due to COVID-19.