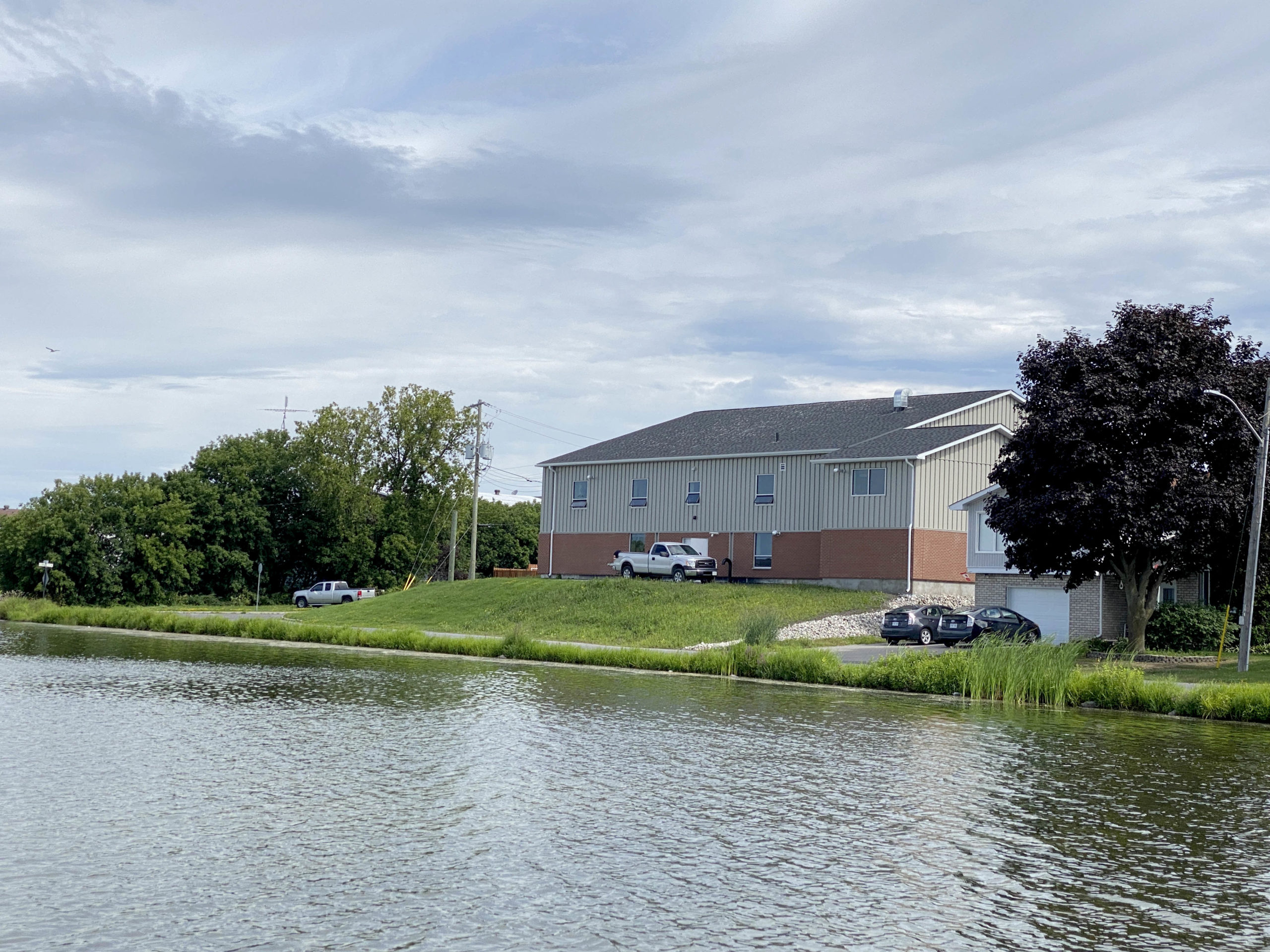 Renovations to the Alexandria Water Treatment Plant are nearing completion

Construction work at the Alexandria Water Treatment Plant remains on schedule and on budget, with a completion date estimated for late October.

The Alexandria Water Treatment Plant is located on the shores of Mill Pond, near the intersection of Park Avenue and Gernish Street, in Alexandria. The building is more than 50 years old and over the past year, it has undergone major work to upgrade the exterior and interior façade of the building and to make important upgrades to the water treatment systems.

Upgrades to the Alexandria Water Treatment Plant got underway in the fall of 2019, with construction costs estimates at $3.5 Million. The project remains on schedule and on budget, despite some adjustments to the construction schedule to accommodate for the ongoing COVID-19 pandemic. The cost to upgrade the water treatment facility is part of the budget for the $30 Million Maxville Water Project and it represents the final phase of that project.

Construction began last fall, with the removal of the white tin cladding, which was later replaced with tan siding complemented with red brick around the base of the building. New windows and doors have been installed, as well as a new emergency exit from the second floor.

Bourgon Construction, which was awarded the bid on this phase of the work, prepared the south-west area of the building for an extension that would house two new flocculation systems.

Ongoing upgrades at the treatment plant include a new sludge removal system in the sedimentation tanks and some new piping throughout the building.

Crews are currently in the process of installing four new, carbon filter media installations on each of the treatment plant’s four water units.

“From the sedimentation basins, the top 10 centimeters of clean water will flow over the filters, which remove the remaining suspended organic matter; and the taste and odour components that could be present in the water,” said North Glengarry Water Services Operator Marius Bauer.

After passing through a thick layer of granular activated carbon and a layer of sand, the water will pass through an underdrain and end up in the clear well storage, where it is chlorinated. Water remains in the clear well for at least three hours to ensure that the chlorine has enough time to do its work, before being released into the distribution system for consumption.

Upgrades to the Alexandria Water Treatment Plant also involve digital changes to the automated computer system that help to monitor and regulate the water treatment and process.