PR-Transpo returning to the roads amid questions over its future 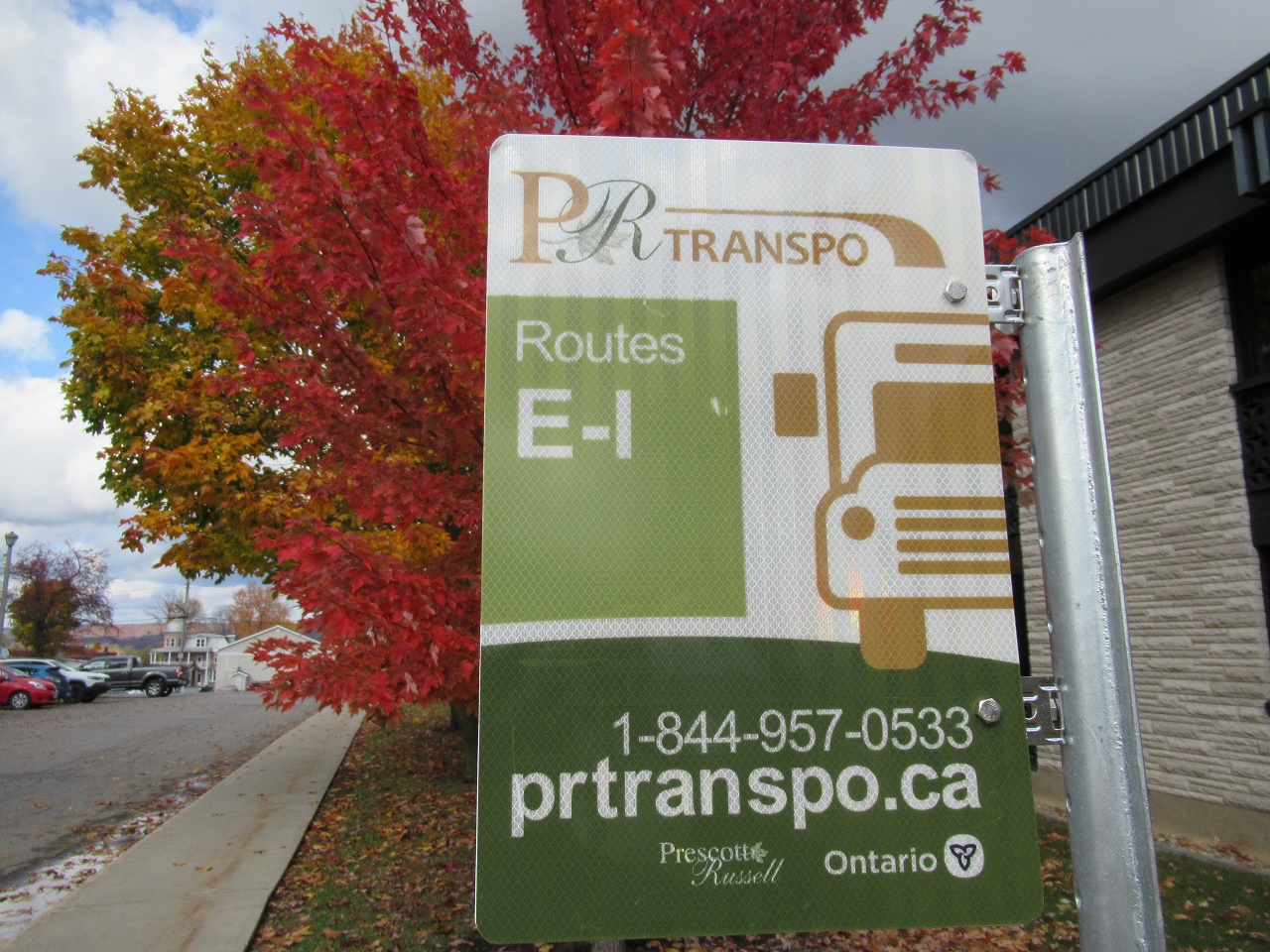 Following several months of shutdown due to the COVID-19 pandemic, the United Counties of Prescott and Russell (UCPR) is officially restarting the PR-Transpo intermunicipal transit service as of Monday, September 14.

PR-Transpo will resume its regular service using the same routes and stops as prior to the pandemic. Two accessible buses, each with a maximum capacity of 19 passengers, will travel the 12 routes covering the entire region according to their regular schedules. Each of the 12 routes will have a morning and afternoon round-trip route, with some exceptions.

“Our priority is to restart the PR-Transpo service in a way that ensures the safety of our riders, while maintaining the highest health standards,” explained UCPR Warden Pierre Leroux. “This restart is a new beginning and we are counting on the public’s participation to make this project a success.”

In this regard, the wearing of masks is mandatory at all times on PR-Transpo buses. In addition, the buses will be disinfected periodically and there will be a break to allow for the cleaning of common areas when passing through certain critical stops.

“We encourage all of our residents to try this unique, rural transportation service,” added UCPR Director of Economic Development and Tourism Carole Lavigne.  “As our local economy continues to reopen, the service can be used to go shopping, get to an appointment, or simply to enjoy the region’s many attractions.”

Users will be able to track the location of buses in real time, using the MYGeoTab application, available on both Android and Apple. They can also contact customer service by phone or text message at 613-307-7813, toll-free at 1-844-957-0533, or by e-mail at [email protected].

Even though the service is relaunching, its future viability was recently the subject of discussion by the UCPR council.  PR-Transpo began as a pilot project with $2 million in funding from the Ministry of Transportation of Ontario (MTO) that was to last until 2023.  However, when the UCPR Economic Development and Tourism Committee met on June 24, it approved a resolution recommending that UCPR council ask the MTO if the grant money could be transferred to another project and the transit service cease, and that counties staff investigate how much would have to be paid for breach of contract with Leduc Bus Lines, which operates PR-Transpo on behalf of the counties.  The recommendation also stated that the service could continue to be operated as-is depending on the response from the MTO and how much it would cost to terminate the contract with Leduc Bus Lines.

At the UCPR Council meeting on August 26, 2020, the mayors unanimously approved the recommendation.   Before it was approved, United Way Eastern Ontario Regional Director for Prescott and Russell Agata Michalska and United Way Eastern Ontario Consultative Council Representative for Prescott and Russell Denis Vaillancourt addressed council and emphasized that they do not want PR Transpo to cease because of its importance for elderly residents of the counties.  Michalska referred to a survey taken by the UCPR in 2019 which found that 82 per cent of respondents thought the service was a good idea and that 40 per cent would regularly use the service.

Vaillancourt noted that PR-Transpo service was suspended indefinitely in March due to the COVID-19 pandemic and that it is difficult for some rural residents to access transportation — something that is readily available in cities.

“This service is essential for elderly people,” he said.

A letter signed by both Michalska and Vaillancourt states that the five months that PR-Transpo was operating was an insufficient amount of time to find out if it is a viable service.

None of the mayors replied directly to Michalska and Vaillancourt’s delegation but when the time arrived to approve the committee recommendation, Clarence-Rockland Mayor Guy Desjardins asked if there had been negotiations with Leduc Bus Lines about the contract and any investments the company had made in procuring the buses used for PR-Transpo.  UCPR Economic Development and Tourism Director Carole Lavigne said that there have been negotiations but of a confidential nature.

Warden Pierre Leroux said the objective of the project is to have PR-Transpo administered entirely by the private sector once the pilot project period is over.  He said a target is needed for a point at which to decide when the service should be completely transferred to private operation.

“Why are we spending money on a project that we don’t even know if the target is in place?” Leroux asked, but also emphasized that he supports the concept of the project.

Alfred and Plantagenet Mayor Stéphane Sarrazin said he believes the project is viable and that any target could be further discussed at the committee level.

Lavigne said the target depends on when the service is viable for the private sector and that the numbers regarding ridership and finances will be further examined by the committee.

Champlain Township Mayor Normand Riopel noted that the pandemic resulted in PR-Transpo only operating for five months and questioned if that was enough time to determine if the service was viable.

Hawkesbury Mayor Paula Assaly agreed and said that five months was not enough, and that the pandemic affected the pilot project.