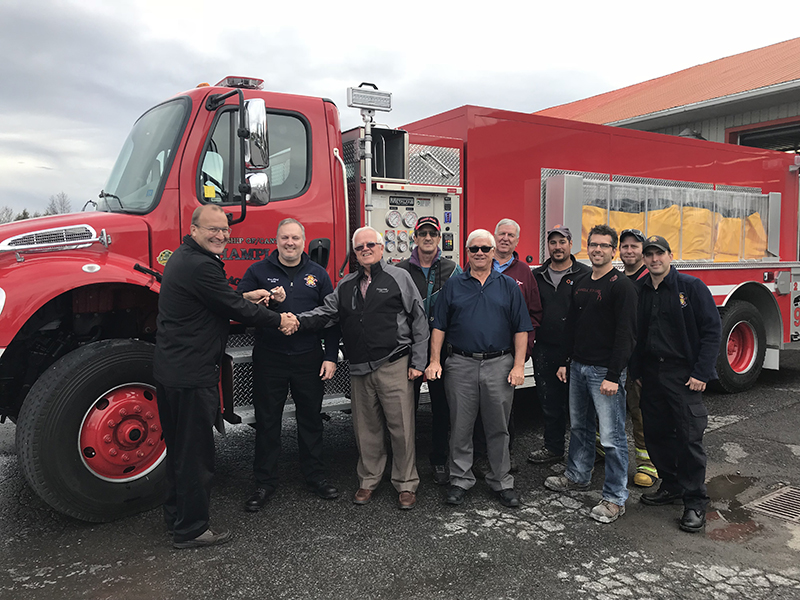 Champlain Township volunteer firefighters will be voting soon on whether or not to join the United Steelworkers Union.

The next step, if that application is accepted by the Steelworkers Union, will be to invite volunteer firefighters to vote for or against joining the union. The date of that vote is not known.

Both fire chiefs have declined comment on the situation.

There are about 25 volunteer firefighters based at each of the two fire stations in Champlain Township.

More than 90 per cent of communities across Canada are protected by volunteer firefighters.

According to its website, the United Steelworkers Union is the largest private sector union in North America with more than 225,000 members in Canada and more than 850,000 members continent-wide.