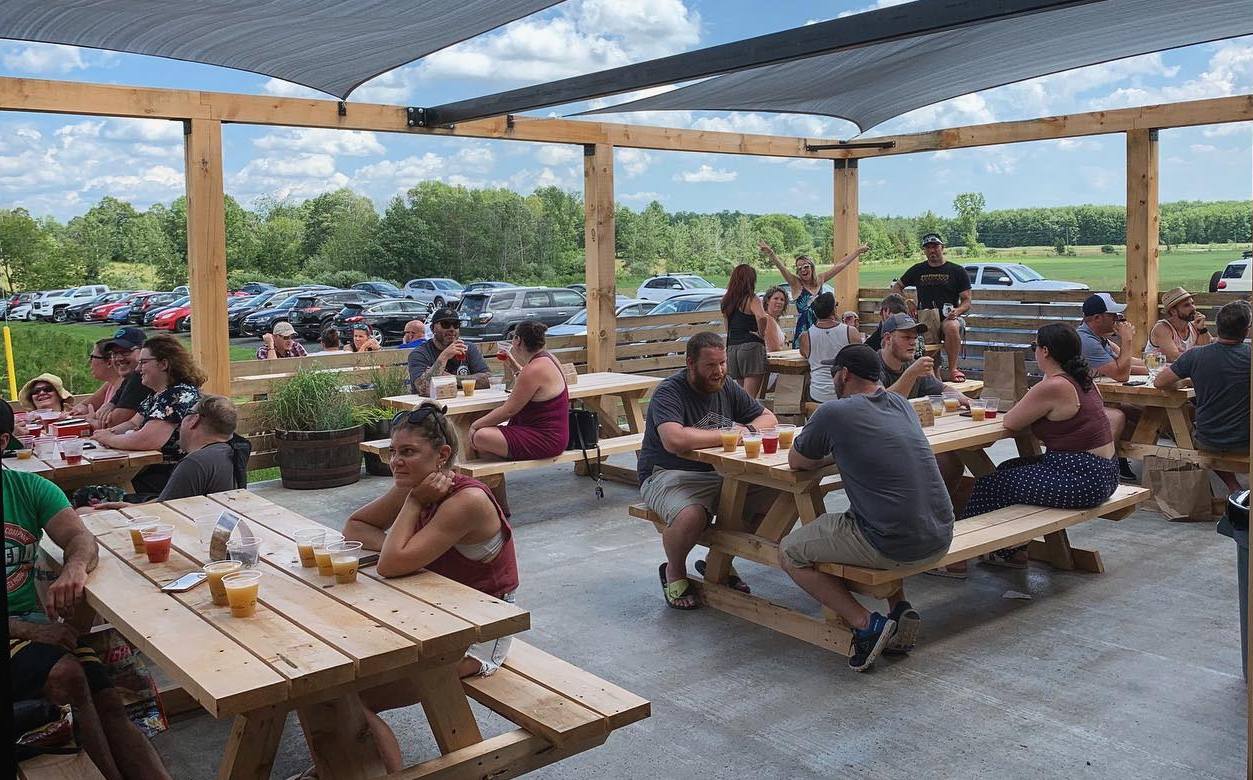 If craft beer is a niche market, then Wood Brothers Brewing has definitely found its own personal cubbyhole.

Buoyed by glowing online reviews and a growing market of brew lovers thirsty for new ales, the Glen Robertson micro-brewery has tripled in size since tapping its first keg in the Spring of 2019. When they opened the doors last April, owners Mark and Natasha Rickerd and partners Louis Castonguay, Dan Whitehead and Kurt MacSweyn could not have imagined that just over a year later they would be facing more demand for their beer than they could possibly brew.

“(It’s been) insane – we have lineups over an hour to two hours long now to get in on Saturdays,” says Mark Rickerd, adding the brewery is averaging about 500 visitors each weekend. “The lineups sometimes start at 10 in the morning and the doors only open at noon – it’s pretty crazy what’s going on.”

While the partners were optimistic Wood Brothers would eventually find a niche in the crowded craft beer market, the popularity and regular sell-outs of its products has definitely come sooner than expected.

“With craft beer there’s half a dozen breweries selling out non-stop and then there’s everybody else fighting for market share,” Rickerd explains. “We are very fortunate that we’re in those five right now, where everything we make is basically bought before it’s even been bottled. Craft beer has kind of a cult following – either you have what people want, or you don’t.”

With business booming year round, the company’s small building on Wylie Road in Glen Robertson was expanded over the past year, going from 1,000 to 3,000 square feet and adding a large outdoor patio. After being shut down due to the COVID-19 pandemic, the outdoor space reopened on June 20 and has been packed with craft beer lovers each weekend since – despite only opening for four hours each Saturday.

“There’s just so much demand that we can’t make enough beer,” replies Rickerd, when asked why Wood Brothers is only open for such a brief period each week. “We only sell our beer at the brewery and we literally sell everything we make.”

Rickerd credits much of the company’s immediate success to the stellar reviews its products have received online from lovers of craft beer – most notably on the popular beer rating site Untappd, which has almost 5,000 individual ratings of 69 different Wood Brothers brews.

“There is a site called Untappd that everybody rates their beers on and they have us ranked second in Canada and I think 35th in the world, so people are driving 15 to 20 hours just to get our beer – it’s crazy,” says Rickerd, as if in disbelief.

Unlike regular brew sales, lovers of craft beers live to try new products and Wood Brothers is constantly brewing new ales in order to cater to that market. As such, you never know what will be on the menu for any given Saturday at the brewery.

“The craft beer customers want new stuff all the time, so we do a lot of smoothies that are half-fruit, half-beer, a lot of sours,” says Rickard, describing of what types of refreshments customers will normally order. “We’re pushing the envelope a bit, but we are the first brewery in Ontario to brew a lot of different styles.”

On a typical Saturday the brewery will have eight different beers on tap for customers to try out, the majority of which are New England-style India Pale Ales.

“We specialize in IPAs,” Rickard notes. “Out of the top-10 IPAs in Canada, I think we have five of them.”

A big key to the success of Wood Brothers is due to the company’s commitment to its original goal of provided quality beer with nothing but the best ingredients.

“They are very expensive beers to make – that’s why most breweries don’t make them,” says Rickard, noting the company’s products have been most appreciated by beer drinkers from Quebec. “Almost all (our visitors) are from Montreal – maybe 99%. If you’re in Montreal and you want to get to the country for an afternoon we’re not too far. We’re all bilingual, so we all speak French. We’ve done collaborations with other breweries and we’re kind of a part of the Quebec beer scene – those are our buddies.”

Anyone who would like to visit Wood Brothers Brewing can do so on Saturdays from 12-4 p.m. – although you may have to wait some time in line. Social distancing protocols are being followed, with two metres of spacing in the lines and masks must be worn inside, but can be removed once patrons are seated at their tables. For more information and to find out which brews are being served next Saturday, visit Wood Brothers Brewing’s Facebook page.

It’s a good idea to grab something to eat before visiting, as Wood Brothers is not a full-service tap-room-style brewery which serves food and at which patrons can linger for the day. The typical customer will generally have one beer on the patio and then purchase some product to take back home.

“About 90-per-cent of our business is the bottles that are picked up and left with and the other 10-per-cent is tap-room – we’re really about coming, just trying it, buying it, going.”,” Rickerd says, adding the company is done with further expansion for the time being and is very happy with the current state of its business. “We’re at a size now where I think we’re comfortable.”

“In all honesty, trying to serve 500 people in four hours on a Saturday is a big job and we’re probably going to stick to this size for quite some time.” 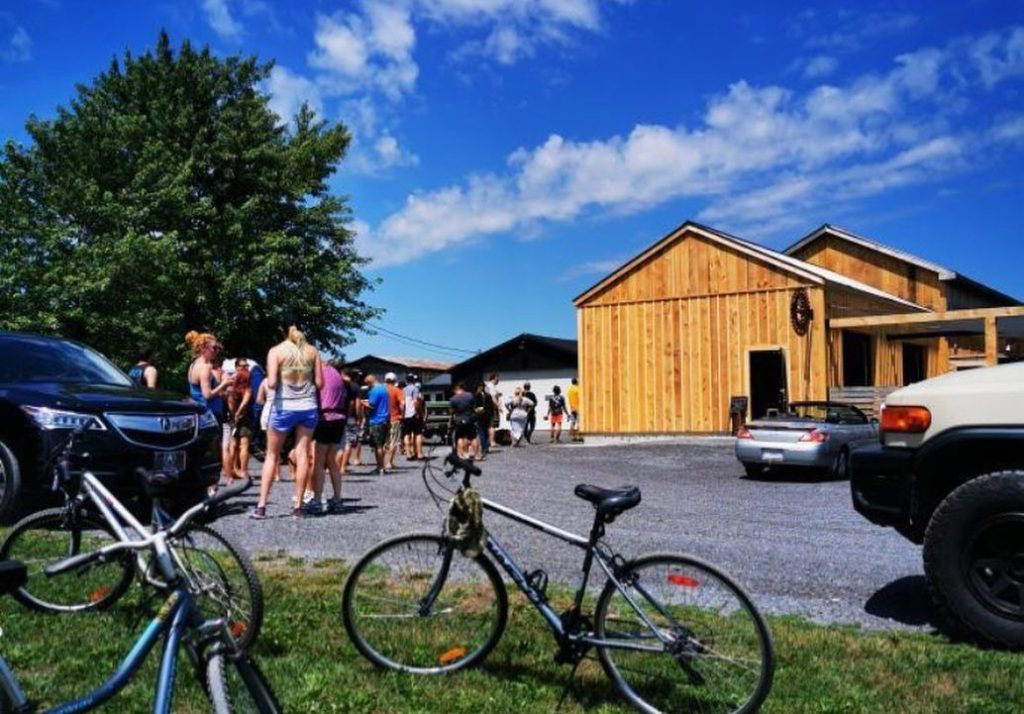 The popularity of its craft beer has led to long lines on Saturdays at Wood Brothers Brewing in Glen Robertson.