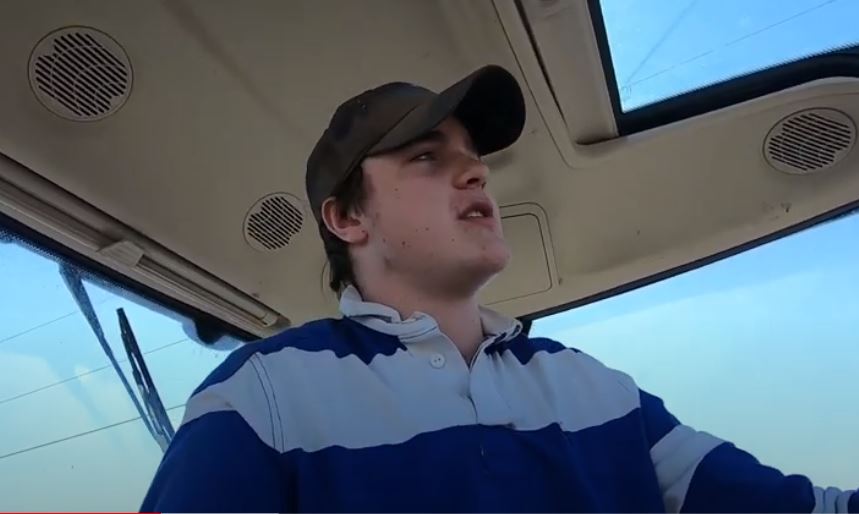 Jason McOuat at the wheel of a manure spreader in a shot taken from one of his YouTube videos.

Argenteuil seventh-generation farmer Jason McOuat may be only 16 years old but he’s already figured that youth and technology are the future of agriculture.

McOuat is using his youthful enthusiasm and newly-created YouTube channel to post educational videos from his family’s farm in St. Andrew’s East in an effort to combat negative stereotypes about the agriculture industry. He came up with the idea for the channel – named ‘Eastern Farmer Qc’ – after being inspired by videos posted by other young farmers around the world.

“There’s quite a few channels out there of young kids like me who are trying to support what we love to do and trying to get the word out there of what we do, how we do it, what it looks like, and what modern farming is like,” McOuat says while taking a brief break from working. “I feel like it’s up to me and other young farmers to get the word out there and spread some positivity because there is so much misinformation out there about farming.”

McOuat has posted three videos since starting his channel at the beginning of the spring season and hopes the honest, upbeat outlook he has for farming will help to change negative stereotypes: “I’m just trying to change the picture and put a good image to our industry.”

The St. Andrew’s East family property shown in the videos consists of 900 acres, the bulk of which is dedicated to chicken farming and the family also raises Holstein heifer cattle. McOuat notes the farm is quite diversified, which allows him the opportunity to post a wide variety of videos portraying all aspects of farm activities in Western Quebec.

A Grade 11 student at Laurentian Regional High School in Lachute, McOuat jokes he has been farming all his life – when time allows.

“Well, all my life… in and around school, weekends – basically anytime I can get the chance,” he chuckles.

To create his videos, McOuat uses a GoPro action camera which he mounts on the equipment he is using to show both him and the work being done. The camera is also often mounted on a drone in order to allow for spectacular aerial views in the videos. 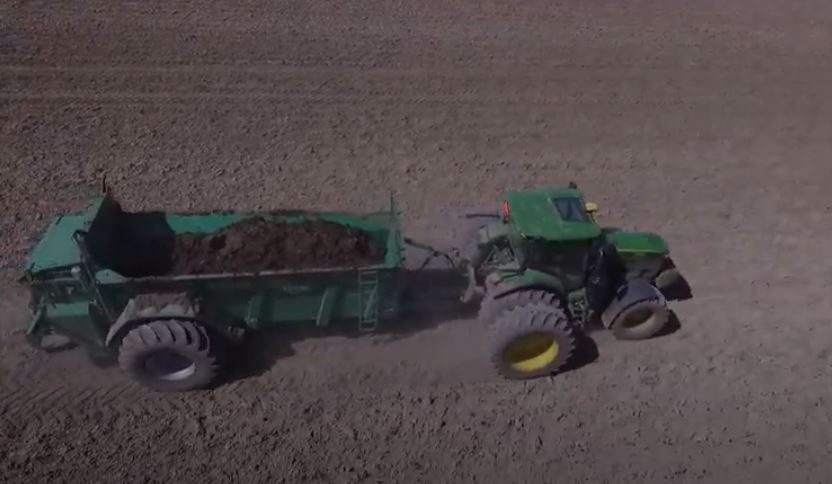 An aerial shot taken from one of the videos posted on Jason McOuat’s YouTube Channel Eastern Farmer Qc.

While his channel is brand new and has posted only a handful of videos so far, McOuat is encouraged by the hundreds of views and 50+ subscribers it has obtained already. He plans to add many more clips throughout 2020 to show the entire process of a season of work at his family’s farm.

“When we started the spring work I figured that was a good time to start doing the videos,” McOuat commented, adding he anticipates the channel will continue to grow. “I will just try to show the yearly routine and the order of how things go. I’m going to keep putting videos out there and hopefully I can attract a decent audience.”

You can check out Jason McOuat’s YouTube channel at the following link: https://www.youtube.com/channel/UC3Up53oQj8UA-PkROevxu8g/featured