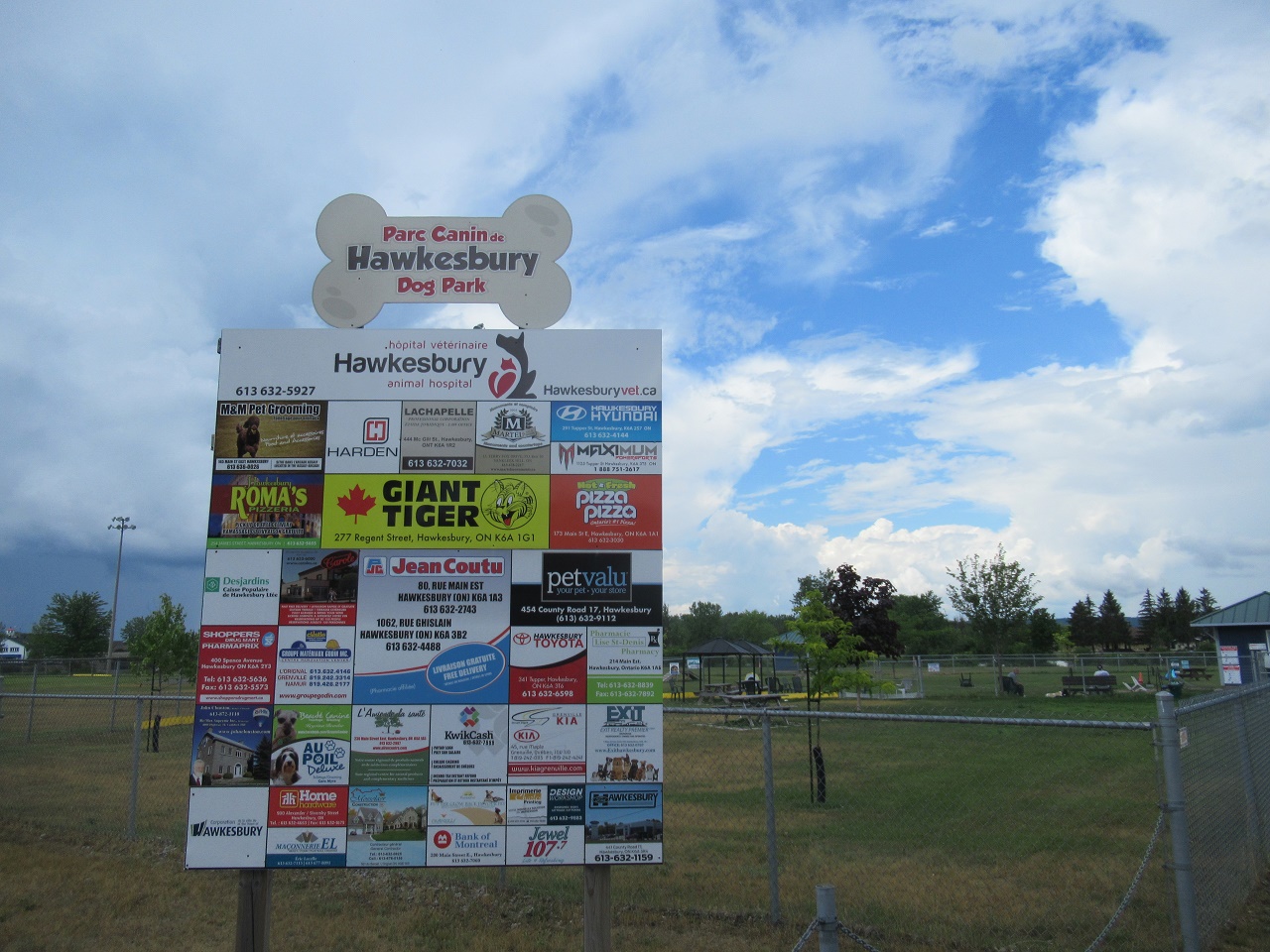 Plans to develop a new retirement housing complex on the former Christ-Roi school property in Hawkesbury mean that the nearby dog park will move.

Donna Maodus of the group the operates the dog park, which is located next to Cyr de Lasalle Park, said that she was notified on May 15 of the pending sale of the Christ-Roi property.  On May 18, Recreation and Tourism Director Nicole Trudeau assured Maodus that the town wants to still have an off-leash dog park and that the town would work with dog park group members on developing a relocation process, which would take place over the next one to two years.

The relocation plan would also address some of the challenges the dog park has had at its present site.  Those include periodic flooding, no access to drinking water, and no access to electricity.

Maodus explained that the dog park agreement reached with the town in 2013 stated that the town could relocate the park if the land became necessary for municipal objectives.

The dog park structures, which include fencing, shelters, a shed, accessible walkways, and other equipment, were built through fundraising by dog park users and community support.  Maodus said that she was assured by Trudeau that the structures could be relocated to the site of the new dog park and that no further fundraising would be required.

Maodus said she had asked the town for a copy of a report or news release indicating that the Christ-Roi property was being sold for development, but none was provided.  It should be noted that The Review did not receive an official news release regarding the sale of the property either.  The story was obtained through conversations with municipal staff.

The dog park users have been asking the town to improve drainage and landscaping at the current site for years.  Maodus said that the town received two proposals for the work last year but that as of April 2020, the work had not yet begun.

According to Maodus, the dog park users like the location of the present park because it is within easy walking distance for users without cars and has a scenic view of the Ottawa River.

“We also enjoy the proximity to the river as many of the dogs love going for a refreshing swim after a run at the park,” she said.

Maodus anticipated that future needs could mean that Hawkesbury will need two off-leash dog parks or that existing by-laws prohibiting dogs in other municipal parks could be changed.

The Hawkesbury Dog Park will have its annual meeting at 10:30 a.m. on Saturday, July 11, at the dog park site near Cyr de Lasalle Park.