We Are One brought 250 people together at peaceful protest in Vankleek Hill on June 12, 2020 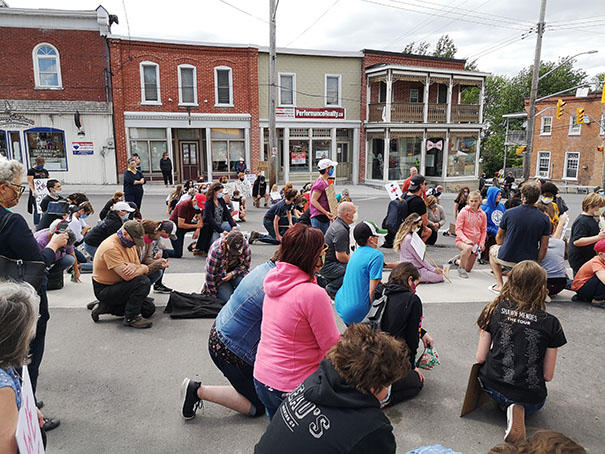 A moving part of the “We Are One” demonstration was when a few in the crowd “took the knee” only to be quickly joined by most of the crowd, during an eight-minute, 46-second period of silence in memory of George Floyd. Photo: Reid Masson

The “We Are One” protest began when the parents of four young students wanted to attend a Black Lives Matter protest in a nearby city.

Their parents said no, but that didn’t stop Amelia and Anna Kouao and Nora and Georgia Dawood. Instead, the girls decided to organize a peaceful protest in their hometown.

They created a simple “We Are One” website, sought some advice in the community, organized their event and contacted the press to help them get the word out.

The peaceful protest rolled out quietly on Friday, June 12, and their guest speaker was activist Lynda Kitchikeesic, who has done a lot of work to improve the relationship between Indigenous peoples and police officers.

About 250 people showed up for the peaceful march, which made its way Vankleek Hill’s main intersection to Zudio at 144 High Street and then returned to the starting location where eight minutes and 46 seconds of silence honoured the memory of George Floyd, who died after a police officer in Minnesota pinned Floyd down with a leg on his neck, leading to Floyd’s death. In the aftermath of that incident, which was caught on video, protests and marches have been happening across North America and around the world. 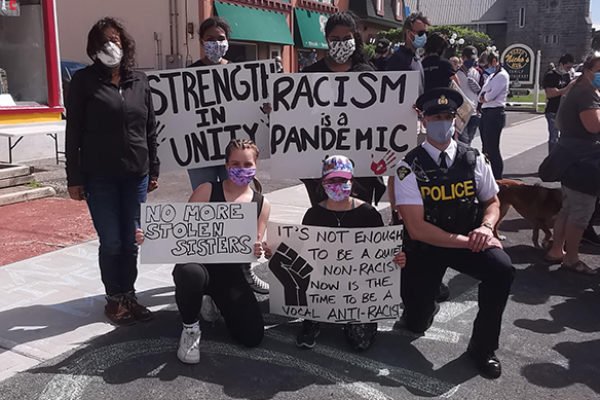 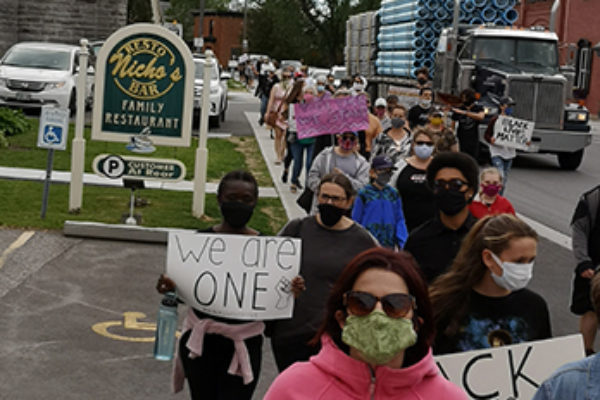 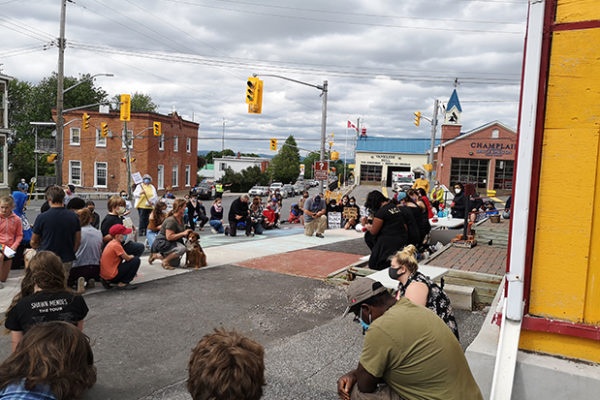 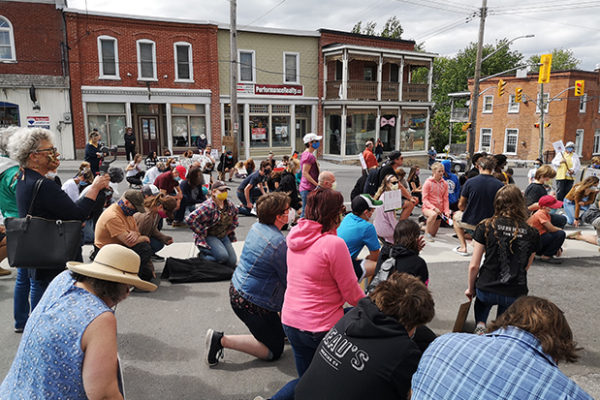 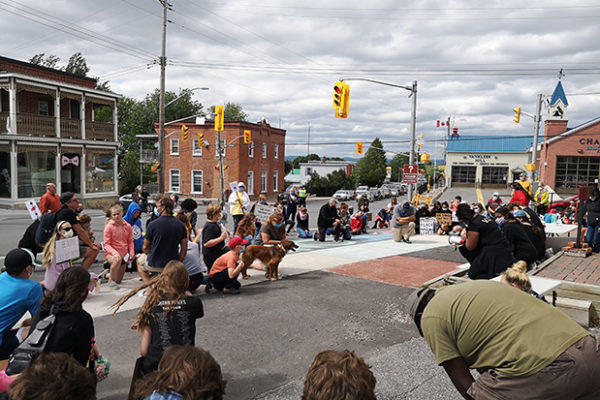 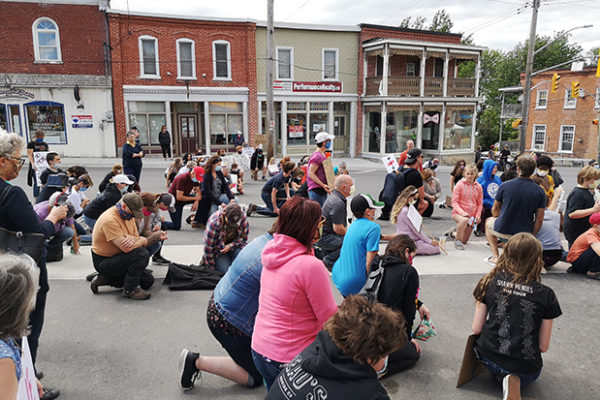 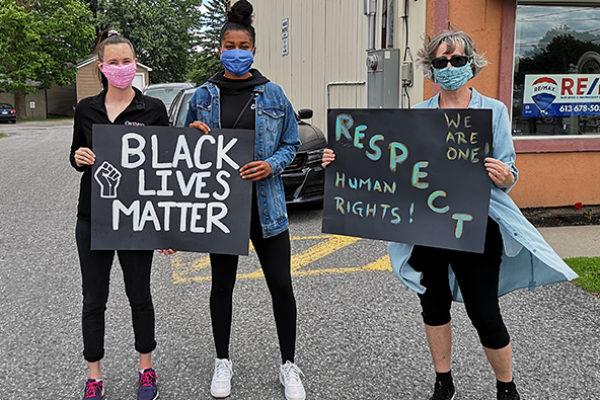 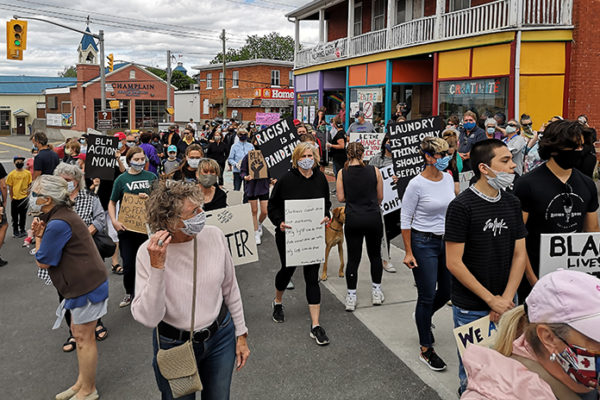 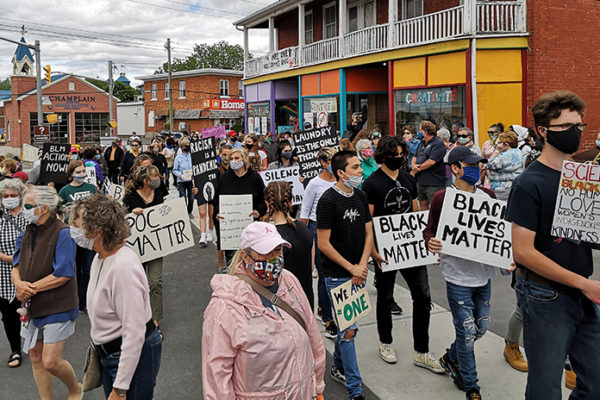 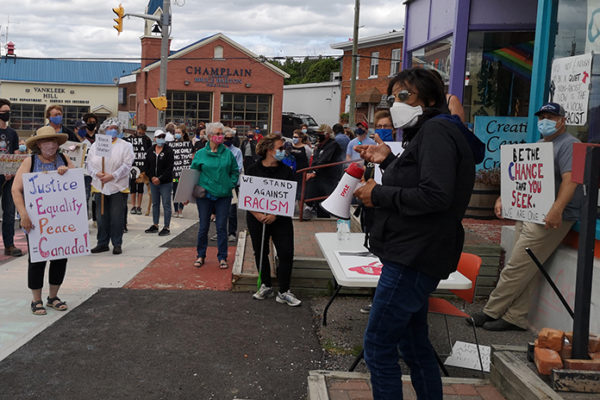 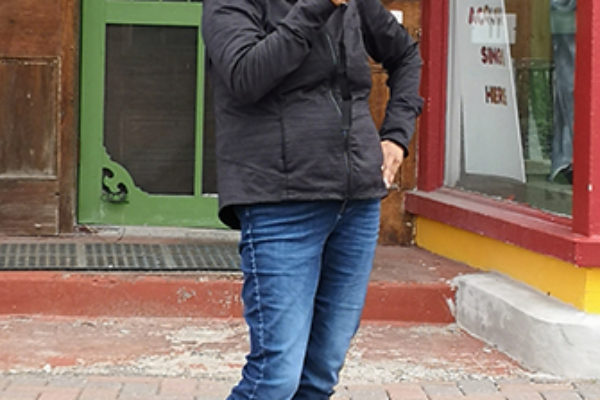 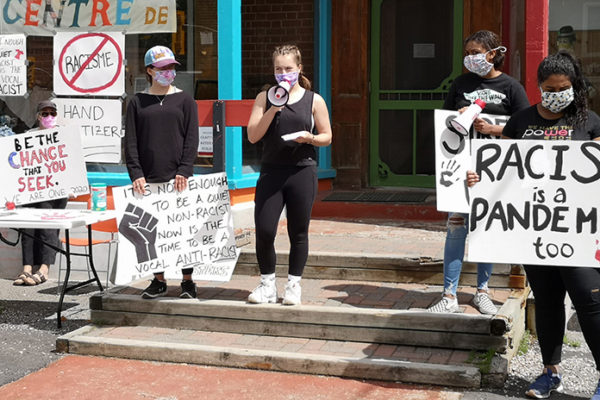 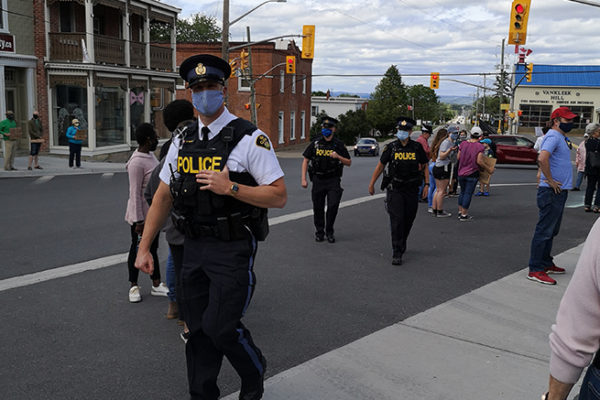 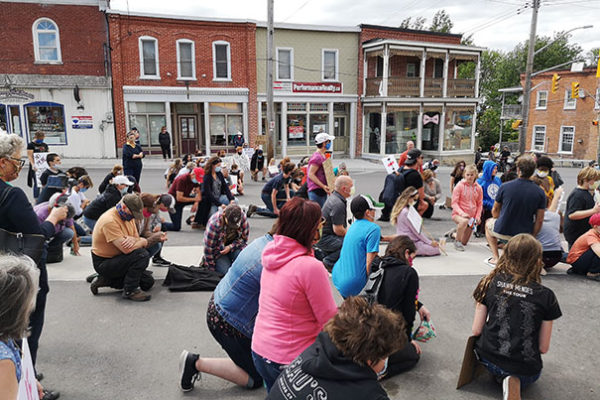 All four students say they were surprised and are grateful for the turnout for their event. But they know it is just a small part in the efforts needed to combat racism and to promote justice for Indigenous people.

But this, they say, is a step in the right direction.

The Review livestreamed the event in two parts: before the walk and at the end, during the period of silence.

You can watch that video here: