OPP, Fire Marshal investigating cause of garage fire in Chute-à-Blondeau 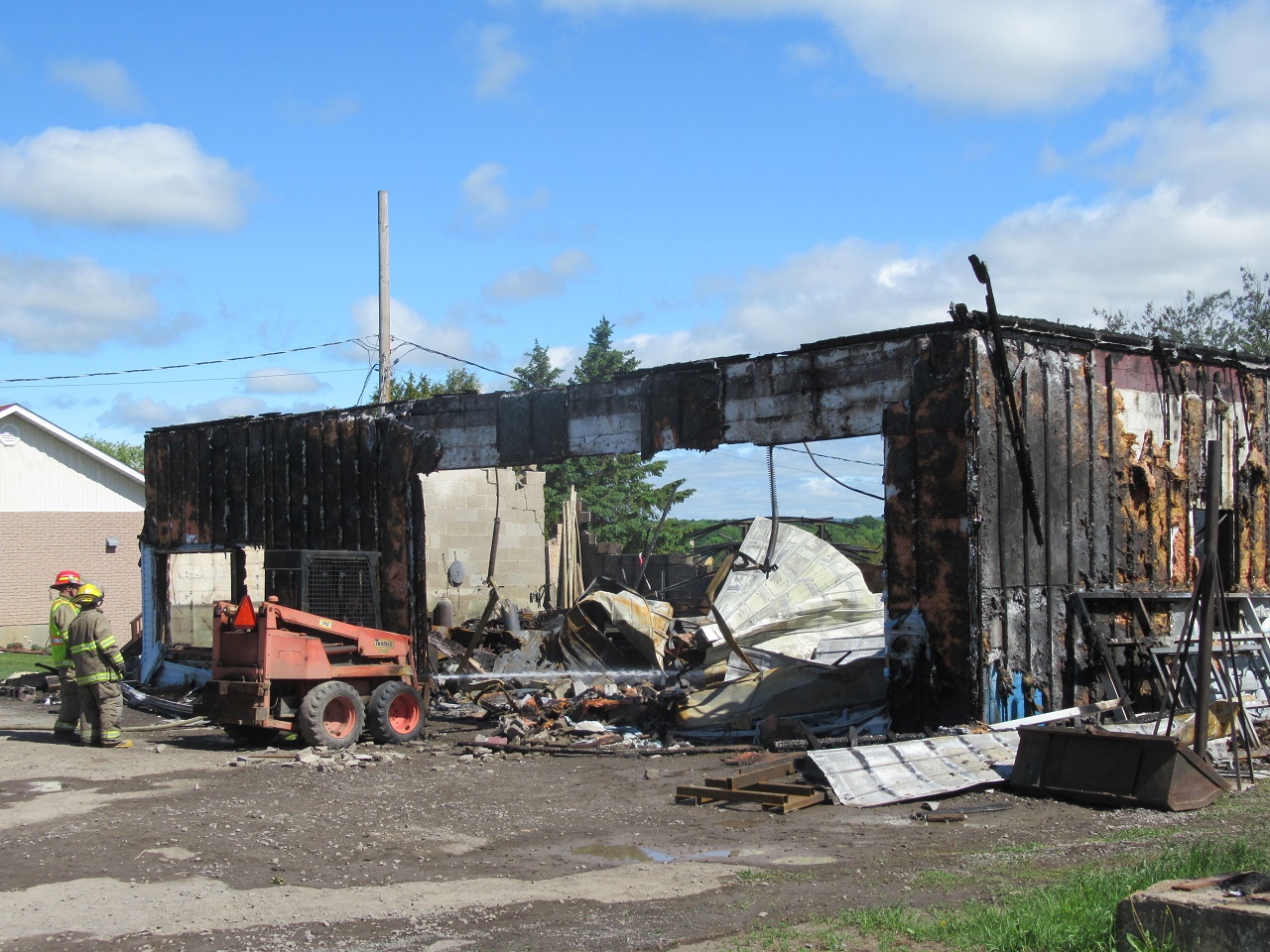 Fire destroyed this garage in Chute-à-Blondeau early on Saturday, May 30. Photo: James Morgan

The third major fire in a week locally occurred early on Saturday morning in Chute-à-Blondeau.  A garage was destroyed, and both the Ontario Provincial Police (OPP) and Ontario Fire Marshal are investigating the cause.

At approximately 2 a.m. an OPP officer on patrol noticed a garage on fire on Front Road in the village.  The officer immediately alerted the occupants of a nearby home because there were propane tanks next to the house.

The East Hawkesbury Fire Department was called to the property and according to Fire Chief Bryce Luker, there was at least one explosion that blew the roof and most of one wall off the building.   The OPP evacuated several nearby homes as a precaution following the explosion.

Luker said a downed power line also prevented firefighters from gaining access to part of the building until a Hydro One crew arrived to safely remove it.

The Township of East Hawkesbury owns the property and had been renting it to a welder for a shop.  The 16 East Hawkesbury firefighters at the scene were assisted by crews from Champlain Township.  The fire was under control by 4 a.m. and no further damage was occurring by 5 a.m.

Luker said that no one was believed to be in the building at the time of the fire, and that one firefighter experienced some symptoms of heat stress.

Three firefighters remained at the scene late on Saturday morning ensuring the fire was completely out.

The OPP and Ontario Fire Marshal were called to investigate the cause of the fire.  Two OPP detectives arrived shortly after 10 a.m. on Saturday to begin their work.

Once the OPP and fire marshal have concluded their investigations, the remains of the garage in Chute-à-Blondeau will be demolished.

Any person with information regarding this investigation should contact the Ontario Provincial Police at 1-888-310-1122. To make an anonymous tip, call Crime Stoppers at 1-800-222- 8477 (TIPS).  Those submit tips may be eligible to receive a cash reward of up to $2,000. All tips are anonymous and will not have to attend court. Visit www.CrimeStoppers.ca. 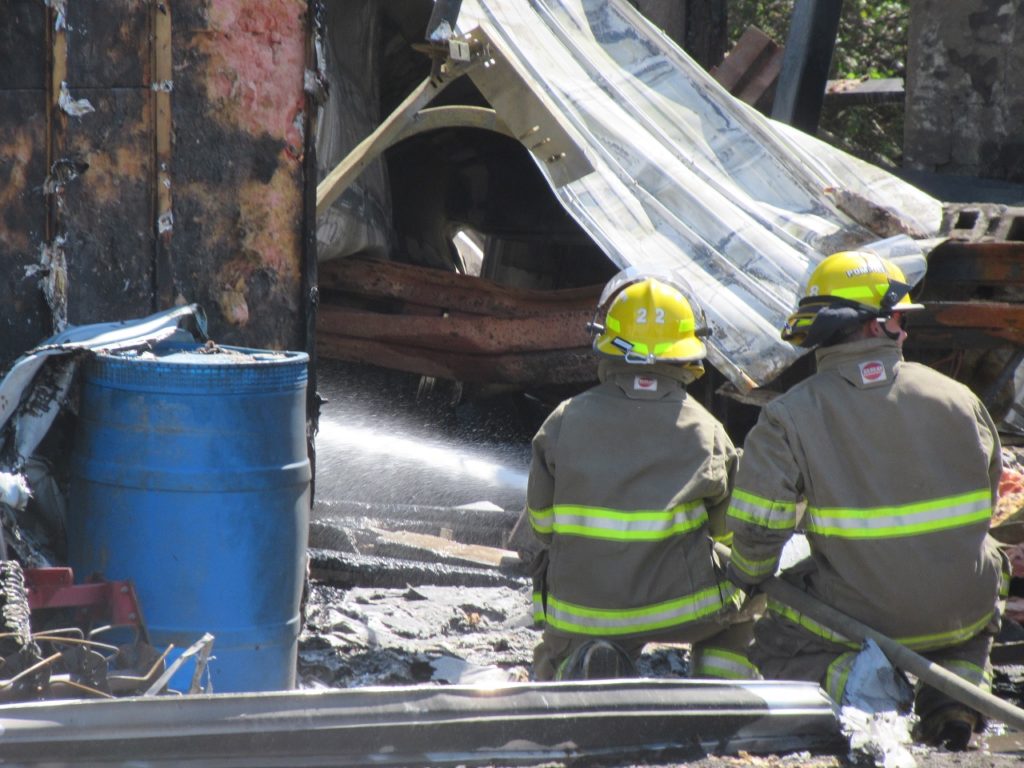 East Hawkesbury firefighters remained at the scene throughout Saturday morning. The OPP is investigating the cause of the fire. Photo: James Morgan