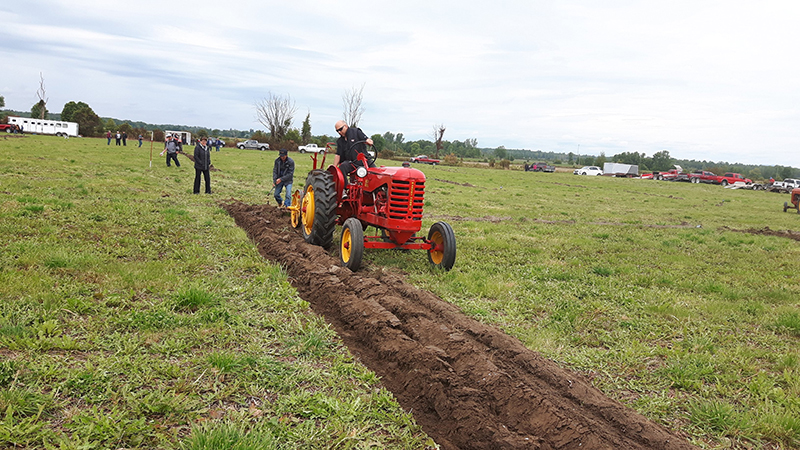 This is a photo from the 2019 edition of the Prescott County Plowing Match. Photo: Louise Sproule

The 103rd edition of the International Plowing Match and Rural Expo (IPM) has been postponed until October 2021.  The IPM will run from Wednesday, October 13 to Saturday, October 16 and will be held at the Lindsay Fairgrounds and neighbouring Farms in Lindsay, Municipality of Kawartha Lakes, Ontario.

The leadership of the Ontario Plowmen’s Association (OPA) made this most difficult decision while closely monitoring local, provincial and federal government information and regulations. In spite of these difficult times, the OPA has never wavered from their responsibility to the people that make the IPM successful year after year. The health and safety of our volunteers, sponsors, competitors, visitors and staff will always be our number one priority.

Since its beginnings in 1913, this is only the third time that the event has not been able to open.  Ironically, the first cancellation was in 1918 when the quickly-spreading flu pandemic struck the City of Ottawa.  It seems that the Mayor of Ottawa and the Federal Minister of Agriculture denied the use of the Central Experimental Farm in Ottawa just the day before the IPM was to open.  During the Second World War, the IPM did not open as it was important for all Canadians to dedicate their time and talents to the war efforts.

As our world progresses towards the new reality, organizers say they will be ramping up again to bring the 103rd IPM to the Municipality of Kawartha Lakes.  Centred at the Lindsay Exhibition Grounds, we also look forward to working with the neighbouring farmers to showcase their resilient and dedicated community.

At the same time, organizers will be moving forward with plans for the 104th IPM.  The Municipality of North Grenville and the Grenville Plowmen’s Association will be co-hosting with OPA for the 104th annual event taking place from Tuesday, September 20th to Saturday, September 24, 2022.  Organizers say they are proud to be highlighting the Kemptville College campus and the neighbouring farms at Kemptville, Ontario.

VIEW the “PLOWING ON” VIDEO AT: