Fisher spotted frequently in Vankleek Hill during the winter 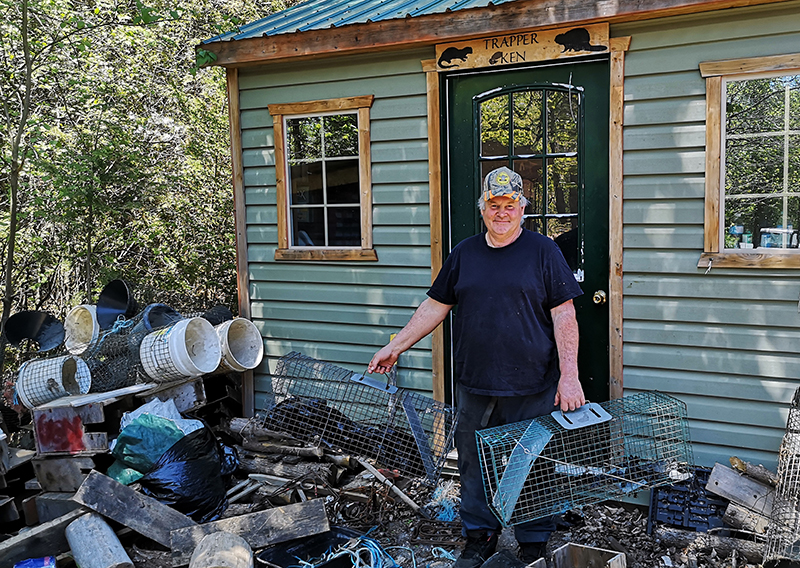 Trapper Ken MacLeod suspects that there may be a den of fishers in Vankleek Hill due to sightings in the town and warns people to be wary when entering sheds in their back yards.

One of the more elusive and somewhat legendary of wild animals, the fisher, has been spotted in the outskirts of Vankleek Hill.

Thelma MacCaskill spotted a fisher several times on and around her property at the east end of Mill Street over the winter months. While she did not have a direct encounter, the multiple sightings caused some worry.

“(Over the winter) I saw them (fishers) all the time,” says MacCaskill, who believes the sightings were all the same fisher. “It’s the most beautiful animal I ever saw, but I really don’t want to see one again.”

A member of the weasel family, fishers are solitary animals who hunt mostly at night. They generally sleep during the day in hollow trees or logs, prefer mature forests with access to water and avoid open areas. Local trapper Ken MacLeod, who has assisted MacCaskill in the past by capturing other wildlife on her property, says fishers living near a populated area is very unusual.

“I don’t understand why fishers are in Vankleek Hill, but I’ve heard the stories,” MacLeod says, adding the animal may be living in a forest near the area or possibly has created a nest in an abandoned building, as there are many older structures in the town. “I think the fisher might have a building with a den in it — because it should not be in town.”

While fishers are generally not a danger to people, MacLeod advises residents in the area to use some caution when entering sheds or enclosed areas.

“If you walked into a dark shed and surprised (a fisher), it could certainly do some damage,” MacLeod cautions. “They are very powerful animals.”

People in the area should also be alert if they see a fisher near Vankleek Hill and in fact someone might already know the location of the den, MacLeod says. “Maybe someone already knows where it is living.” 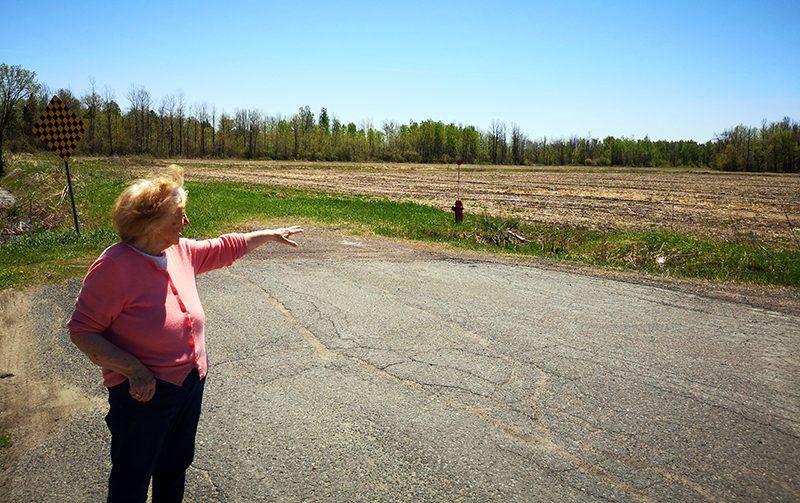 MacLeod also advises people to keep an eye on small pets, particularly cats which venture outside — as they are no match for a fisher, even though they are about the same size. Fishers are slender animals which can grow as large as 80 to 110 centimetres in length and can weigh between 1.5 to 6 kilograms. They mostly eat squirrels, mice, amphibians, reptiles, birds, rabbits and porcupines, but have been known to attack and kill pets.

In his opinion, the repeat sightings in Vankleek Hill are an indication the fisher in the area has an ample food supply available.

“(Fishers) usually have a five-mile radius, so if they keep coming back they must have enough food. They are territorial so unless they are moved they will probably stick around,” MacLeod commented.

A member of the Glengarry Trappers Council, MacLeod operates the group’s booth at the Glengarry Pioneer Museum in Dunvegan. Known as Trapper Ken, he can be reached at 613-330-3294 by anyone who has questions about wildlife on their property.

MacCaskill – who has a fair bit of knowledge about fishers herself due to her volunteer work at the trapper’s cabin at the museum – has not seen a fisher since the snow melted and is hopeful that the clearing of a woodlot near her property may have solved the problem for good.

“I haven’t seen it since winter and there has been a lot of activity and cutting in the woods recently so I hope it’s gone now.”