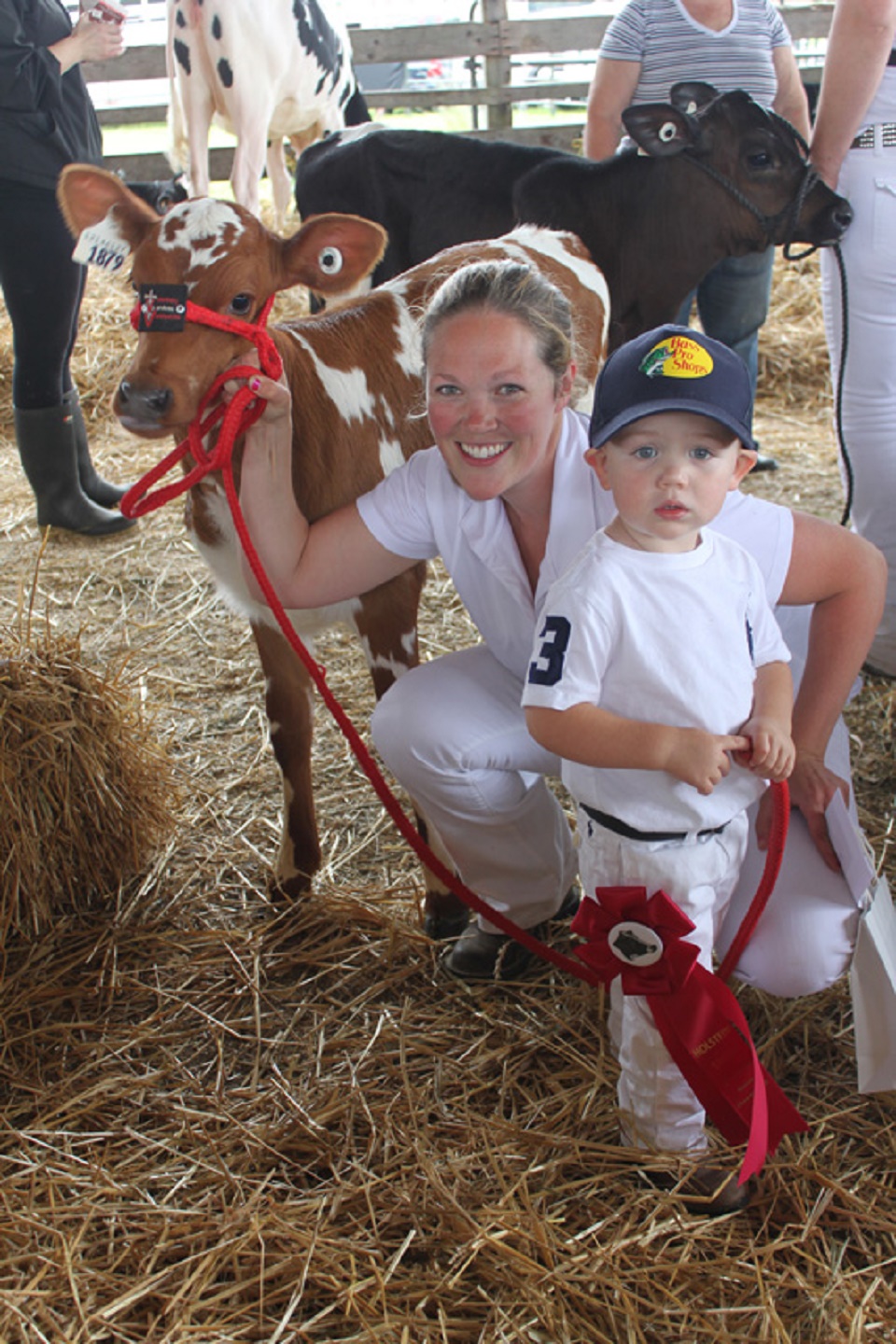 A Vankleek Hill area farmer is the regional winner of a provincial agricultural award.

The award is presented yearly to one farmer each from four regions of the province by Holstein Ontario.  Holstein farmers aged 25 to 35 submit applications that include an essay about their farm that includes information about its past, present, and future operations.  As the selection process gets narrowed down, applicants are usually interviewed in-person.  However, due to the COVID-19 situation, the interviews were conducted online this year.

“They liked what I had said,” Cowan stated.

She said the interview included a lot of questions about planning for the year ahead, including a perspective on COVID-19 concerns and the impact on the dairy industry.

Cowan was specifically asked what she thinks of how the Dairy Farmers of Ontario (DFO), the organization that oversees the dairy supply management system in the province, has responded to COVID-19.

“I think they’re doing a fantastic job,” said Cowan, even though the DFO is periodically requesting that dairy farmers dump milk and is imposing penalties on farmers who exceed their production quota due to a lower demand for dairy products.

“I think everyone is doing the best job they can,” Cowan said.

So far, Allensite Farms has not been asked by the DFO to dump any of its milk but has had its production levels cut.  There are 150 Holstein cattle being milked at the farm each day.

In her application for the award, Cowan shared the various plans for improvements, adaptation to changing times, and cost efficiency at her family’s farm.

“We’d love to get all of the animals in one barn,” she said.

Allensite Farms is also amid a generational transition as younger family members take over.  Cowan also highlighted that fact in her application.

In addition to farming and being a busy mother of three, Cowan also works full-time as a genetics consultant for Select Sires, which is a major player in artificial insemination in the dairy industry.

As a prize for winning the Ontario Dairy Youth Award, Cowan has won a trip to the World Dairy Expo to be held in Madison, Wisconsin, in the heartland of American dairy farming in October.  Cowan said the event is still scheduled to go ahead, even though concerns about COVID-19 persist.