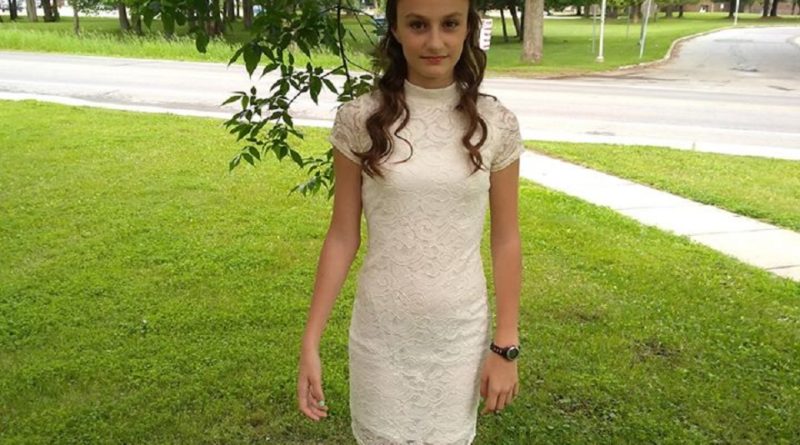 The Sûreté du Québec (SQ) arrested and charged a man in connection with the murder of a Lachute teen.

The body of a young female was found by a passerby at approximately 11:15 am on Wednesday along Chemin de Horrem in Brownsburg-Chatham, which is located between Pine Hill and Lac Carling near Route 327.

At approximately 2:30 p.m. on Thursday, February 27, police arrested a 51-year-old man in Montréal.  François Sénécal was charged with first-degree murder and appeared in court in St-Jérôme on Friday.

Sénecal has a past criminal history and is reported to have been acquainted with Boyer’s family.

The SQ did not officially release the name of the deceased, but she was eventually identified as 13 year-old Océane Boyer of Lachute through comments made by her parents Caroline Sarrazin and Francis Boyer to the media.

Late Thursday afternoon, Lachute Mayor Carl Péloquin released a statement assuring that support will be available in the community following the drama the tragedy has caused.

“We’re actually in shock, it’s a horrible and tragic situation that has shaken our community,” said Péloquin.

The mayor said the city is in communication with the SQ, the Commission scolaire de la Rivière-du-Nord, the Sir Wilfrid Laurier School Board, the Centre intégré de santé et de services sociaux des Laurentides health and social services agency, and the Maison des jeunes Univers Jeunesse Argenteuil youth centre to ensure all measures are in place to support the community following what has happened.

On Friday, the city announced that flags outside civic buildings would be lowered to half-mast until March 6 in memory of Boyer.  Brownsburg-Chatham has followed for flagpoles at its municipal buildings.

The Maison des Jeunes Univers Jeunesse facility is open to provide counselling and support to young people affected by the tragedy.

At a café on Lachute’s main street, baker Félix Marcoux said the murder is a tragedy for the whole community.  He did not know Océane but knew her older sister and one of her cousins when he was in high school.

Micheline Boucher of Vankleek Hill knew Boyer and her family when they had trailer sites side-by-side two years ago at Camping Transcanadien in Rigaud.

“Océane was a great girl, we were camping neighbours.  Happy, polite, energetic, full of kindness, generous with her time at camping,” said Boucher.

On Thursday, École polyvalente Lavigne, the school Boyer attended in Lachute, was closed.  The school was open again on Friday and the Commission scolaire de la Rivière-du-Nord had provided a team of counsellors for staff and students needing support.

Kathleen Laporte, a lifelong friend of Sarrazin, started a fundraiser on Facebook to raise money for the funeral costs and expenses during the investigation and legal proceedings.