Creating Centre de créativité: A hive of activity in 2020 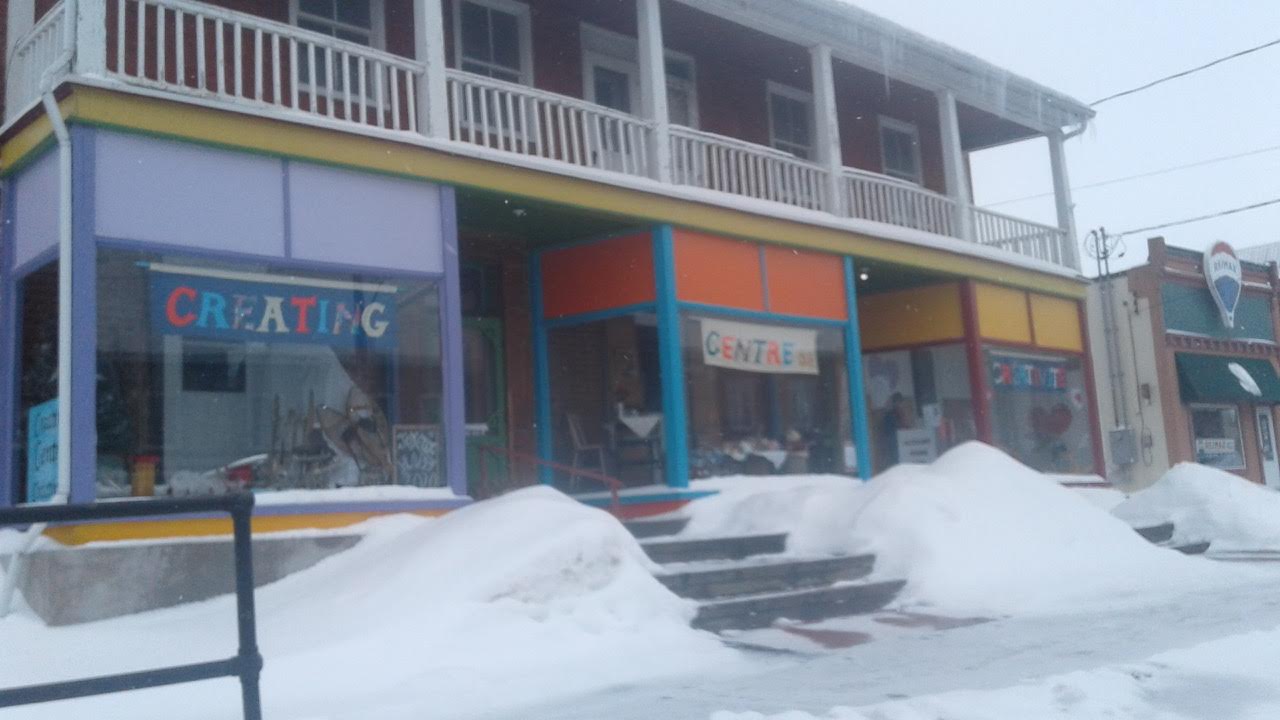 New 2020 fibre art sign created by Tania Price, In-house Artisanne at Creating Centre de créativité
As 2020 begins, Creating Centre de créativité has become a hive of activities and events, as a gathering space for creators of all interests. The Creating Centre became a dream come true for Samme Putzel when the doors opened two years ago at the corner of Main Street and High Street (Highway 34) in the Village of Vankleek Hill.
What’s expected in 2020?  Creating Centre de créativité is open to new ideas and projects. Discussion groups, speaker presentations, special interest clubs, sales events and workshops are all possibilities as the year unfolds.
“We would like people to tell us what their interests are,” says director, Samme Putzel, who adds, “We’re considering clothing repair workshops, sewing classes, cooking demonstrations, musical concerts and jam sessions. There is lots of space for all kinds of interesting projects.”
Renovations began in 2018 on the ground floor.  A grand piano was provided to the Centre by Rosemary and Reg Harden, and Acquire Adult and Youth choirs began practicing in the “Grand Hall” on Monday evenings.
Since the beginning,  Stephanie Pete has offered art classes and a sketchbook club, and Alice Rodger gives music lessons at the Centre three days per week.  Spanish classes, cursive writing classes and a children’s book publishing class have been added to the list of offerings.  In addition, the Vankleek Hill Old Tyme Fiddlers practice regularly in the hall, and a discussion group ForGathering takes place every other Sunday, facilitated by Martine Turpin.  Crafty Artists’ Group meets weekly to share creative ideas and work together to decorate the Centre windows.  Tanya Price, the Centre’s  in-house artisan, is interested in sharing her knowledge of knitting machines and knitting frames.. Mary Hatz (a former owner of Mary’s Country Kitchen) is offering a cooking demonstration in March.
Spring Break Children’s camps and summer camps feature arts and music activities and cooking classes. Since its inception, the Centre has also been used for meetings, art instalments, concerts, dance cafés and book launches. Space is also available for family gatherings and special events.  The second floor is available for workshops and artistic studio spaces. Renovations have begun on the third level for quiet studio and study spaces.
As part of the Wee Irish Fest, Creating Centre hosts a pot luck family party on Sunday, March 15, 2020, from 1 to 4 p.m.
“We would love to have volunteers to help with organizing special events, hosting meet-ups over coffee, creative renovations and decorating projects, and teaching special needs,” says Putzel.
For more information, visit:  www.creatingcentre.ca or email: [email protected]. Messages can be left at 613-678-2627.