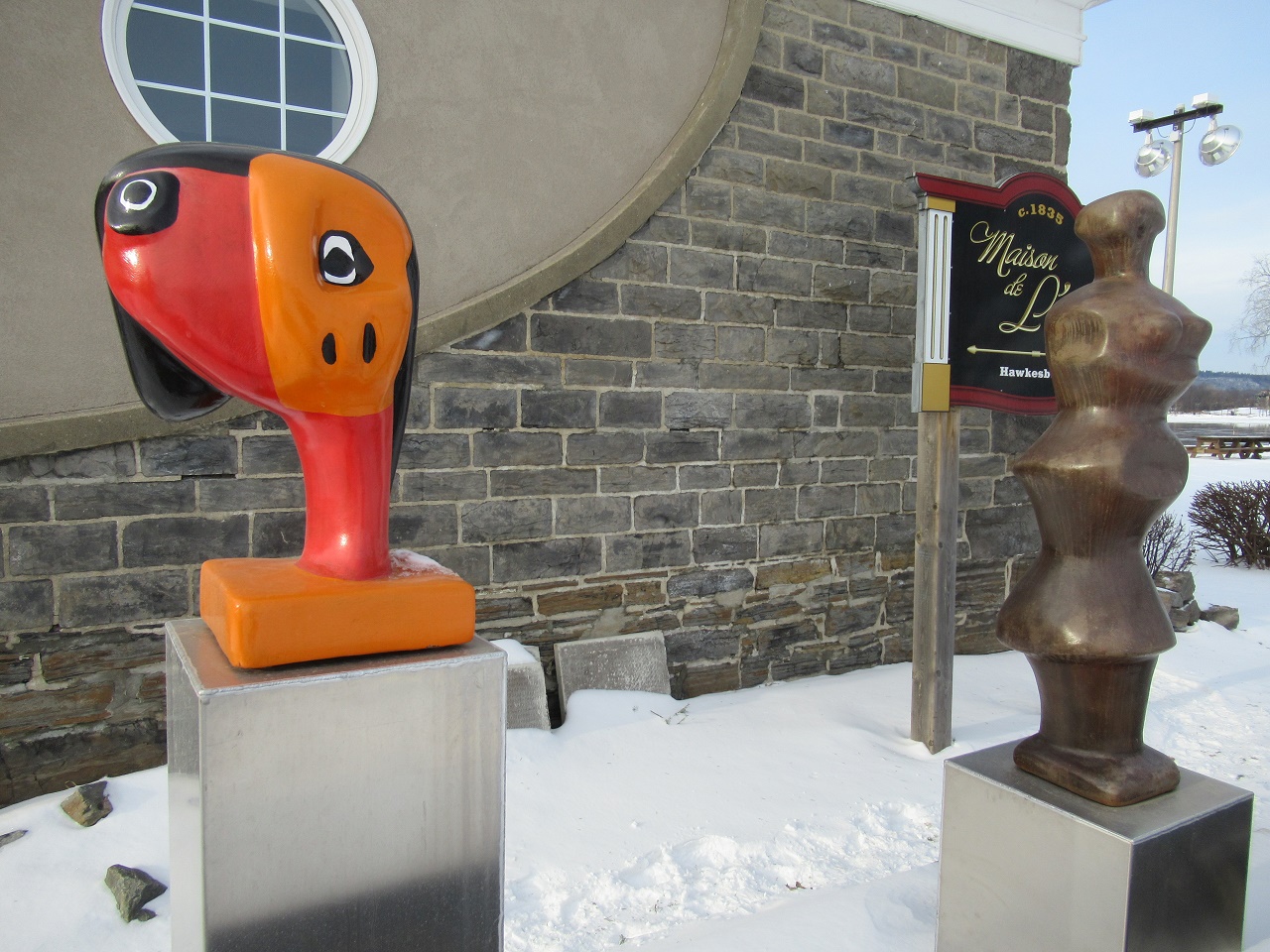 Anyone who observes Leo Schimanszky’s work can see many things in it.  His sculptures and paintings allow people’s imaginations to be free and creative with whatever their eyes see.  And, you may have noticed, his work on display in front of Le Chenail Cultural Centre in Hawkesbury.  Four sculptures by the Vienna-born artist who lives in Vaudreuil are on display right now outside, including a red one that was on display at the Musée des Beaux Arts in Montréal for the past 20 years.  Miniature sculptures are for sale inside the centre, located at Maison de l’île.  The four items on display outside are presented in collaboration with the Conseil des Arts Vaudreuil-Soulanges.

The sculptures show influences of renowned British sculptor Henry Moore, whose works are on display in Ottawa and Toronto.  One of Schimanszky’s sculptures is displayed in the Galeries d’Anjou shopping centre in Montréal.

Schimanszky is also a painter, and Le Chenail has prints of his work depicting floods, fire, acid rain, and smog, which are designed to bring awareness of environmental issues.

Leo Schimanszky will be at Le Chenail Cultural Centre in the spring when its events and programs for 2020-2021 are announced. 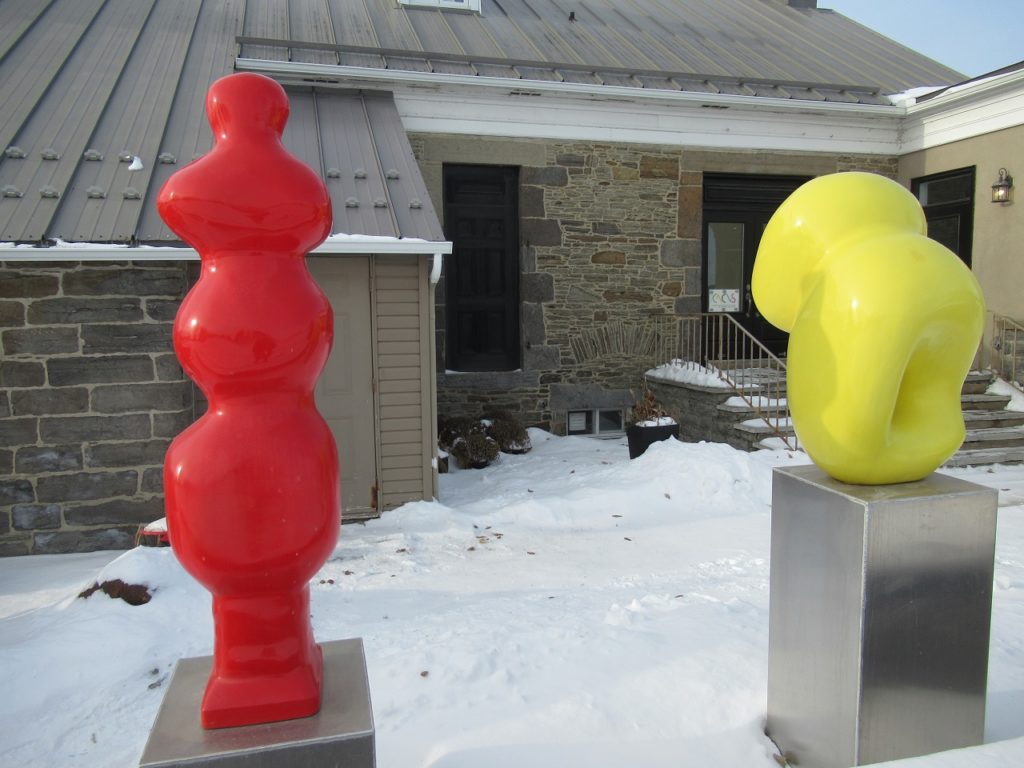 Sculptures by Leo Schimanszky on display outside Le Chenail Cultural Centre.  The piece on the left was previously on display for 20 years at the Musée des Beaux Arts in Montréal. Photo: James Morgan 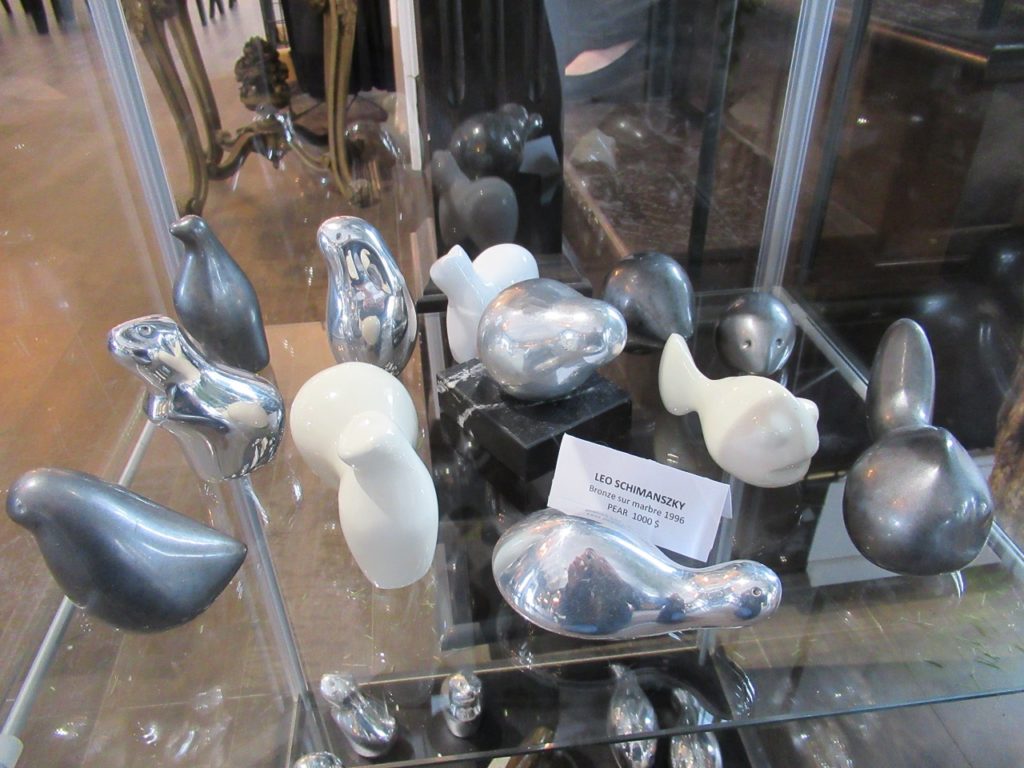 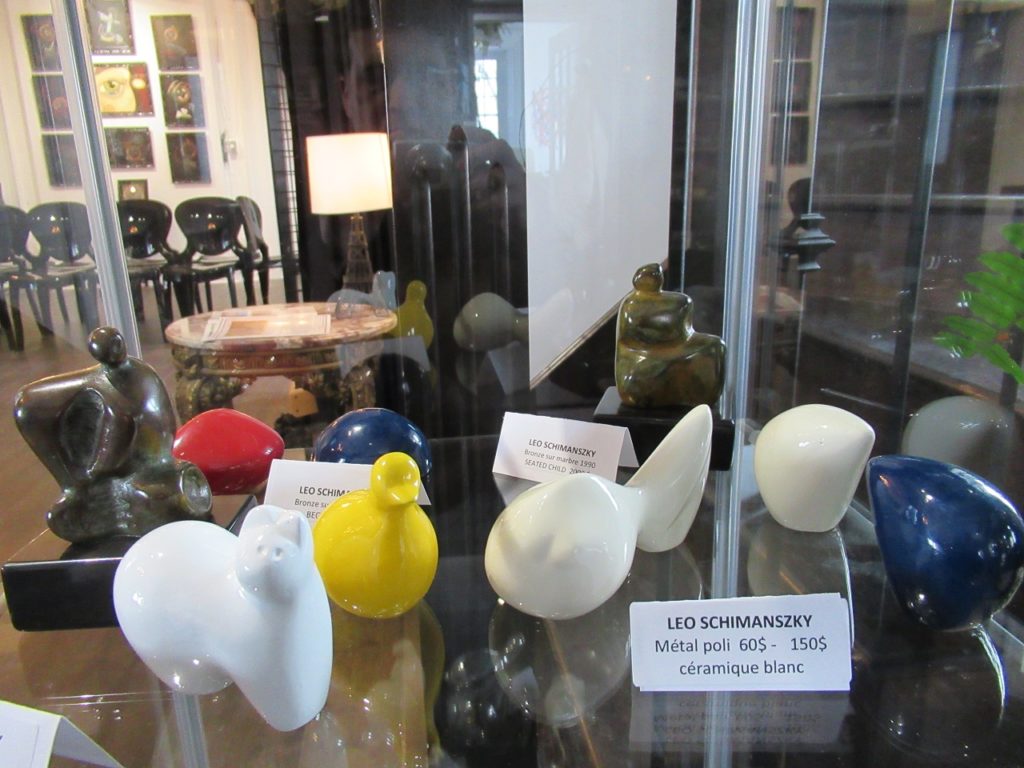