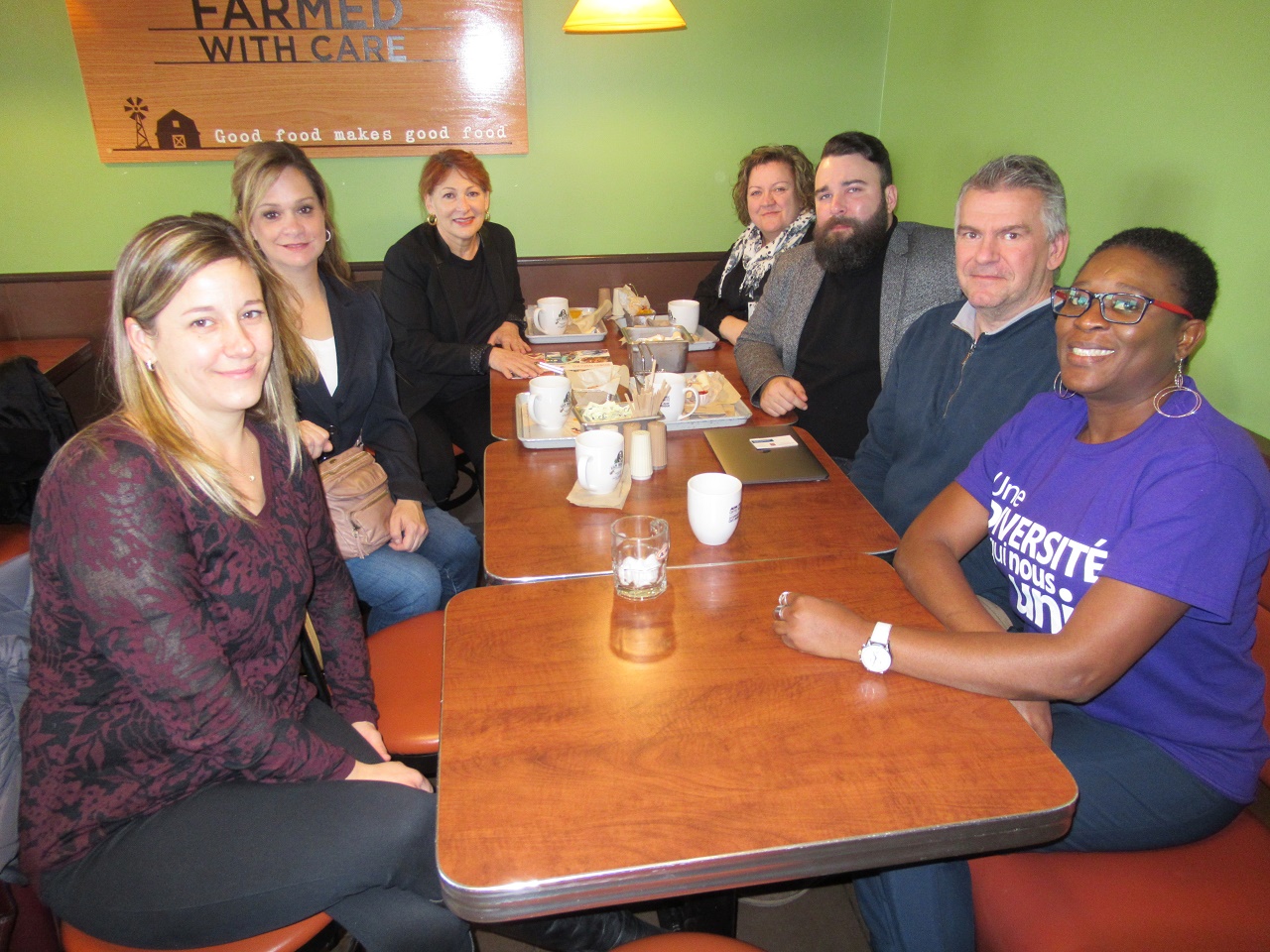 After months of meetings and announcements, evidence of action is starting to be seen with Hawkesbury’s designation as a welcoming community for francophone immigrants.

Visible efforts are being made locally and internationally to attract French-speaking immigrants to fill the town’s employment needs, including a trip to Europe by Mayor Paula Assaly and staff from the Centre de services à l’emploi Prescott-Russell/Employment Services Centre of Prescott-Russell (CSEPR/ESCPR) to recruit immigrants and workers to Hawkesbury.

November 3 to 9 was National Francophone Immigration Week across Canada and an awareness breakfast for the week was held on November 4 at the A & W in Hawkesbury.

She said efforts will be made to ensure there is a place for new immigrants among the existing majority francophone community in the region.

“Our focus right now is in Europe,” said Duguay-Langlais.

And Europe is where a delegation from Hawkesbury is going.

Mayor Paula Assaly and two staff members from CSEPR/ESCPR are going to France and Belgium to meet with prospective immigrants.  CSEPR/ESCPR staff are interviewing a minimum of 70 potential candidates for 27 jobs at 13 local companies in the health, trades, sales and service, natural and applied sciences, educational, arts, and cultural sectors.  All applicants were pre-selected by the Canadian embassies in Paris and Brussels for a program called Destination Canada.

Assaly said that the prospective immigrants are very carefully selected, and only 1,500 were invited by Canadian diplomatic authorities to apply.

“I’m going to be there to sell them on Hawkesbury,” she said.

Arcand said that the costs of the trip are being covered by CONtak Solutions, a local employment placement agency, and not the Town of Hawkesbury.

“The cost for the mayor to go to Destination Canada has no impact on the 2019 budget,” said Assaly.

“There’s going to be a lot of follow-up,” said Assaly, referring to what will happen after the European trip.

“It will also be a learning experience,” the mayor added, in reference to this being the first overseas mission of its kind she has attended since taking office a year ago.

According to Arcand, 345 people in France and Belgium had applied for work in Hawkesbury as of November 7.

“This is encouraging for us,” she said.