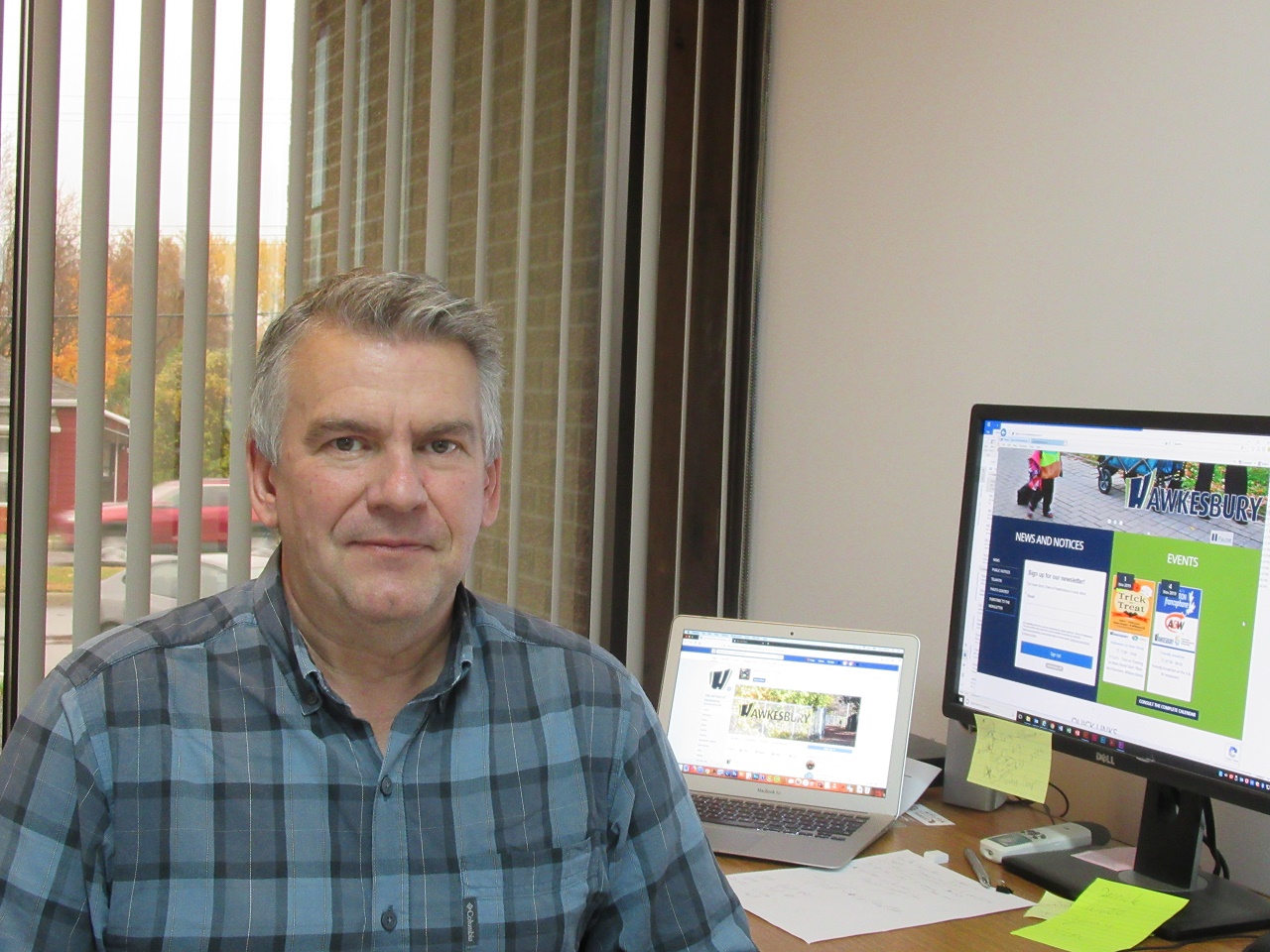 Yvan Ruel’s mission is to promote and share everything good about Hawkesbury.

Ruel is the town’s first Communications Coordinator, hired in the spring of 2019.  His first assignment was to develop a communications plan for the town, something it did not have previously.  On September 30, council approved it and made it town policy.

Ruel was previously in charge of communications for the municipality of Témiscaming in northwestern Québec.  Before that, he spent nearly three decades in broadcasting, including 25 years at CKOI in Montréal where he was the afternoon drive-home show producer for 11 years.  He also worked in Hawkesbury for a short time as a graphic designer and was interested in returning to the community when he discovered the municipal position was available.

Ruel’s goal is to lay a foundation of communication between the town and its residents.

“That would be my achievement,” he said.

The Town of Hawkesbury’s previous communications efforts were inconsistent and there was no set practice to follow.  The new policy aims to improve communications among municipal departments and with town residents.  Every new policy, project, and by-law presented to council for approval now must include a communication plan.

“We want to be up front with the population,” Ruel said.

The communication plan is about more than keeping citizens informed about when their garbage will be picked up or what’s happening at the sports complex.  Ruel described it as a sort of mission to boost confidence in the community and what kind of place Hawkesbury can become.

“We need to believe in what we do and what we can do.  They need to be proud of their town,” said Ruel.

The communication plan is being implemented in conjunction with the town’s strategic plan.

“We should take control of our own destiny,” Ruel said.

Promoting Main Street and finding a greater purpose of it for the community and visitors is one way of doing that, he said.

Ruel’s plans to improve communication between the town and residents include better updates and features on its website, and to introduce newsletters to keep citizens updated on municipal government activities and services.

When he is not promoting Hawkesbury as a place to live, work, and do business, Yvan Ruel enjoys raising and breeding flat-coated retrievers and is hoping to find a place in the country to give them, and him, the space they need.