When the lights come on again: Bright Nights Festival happening in Alexandria 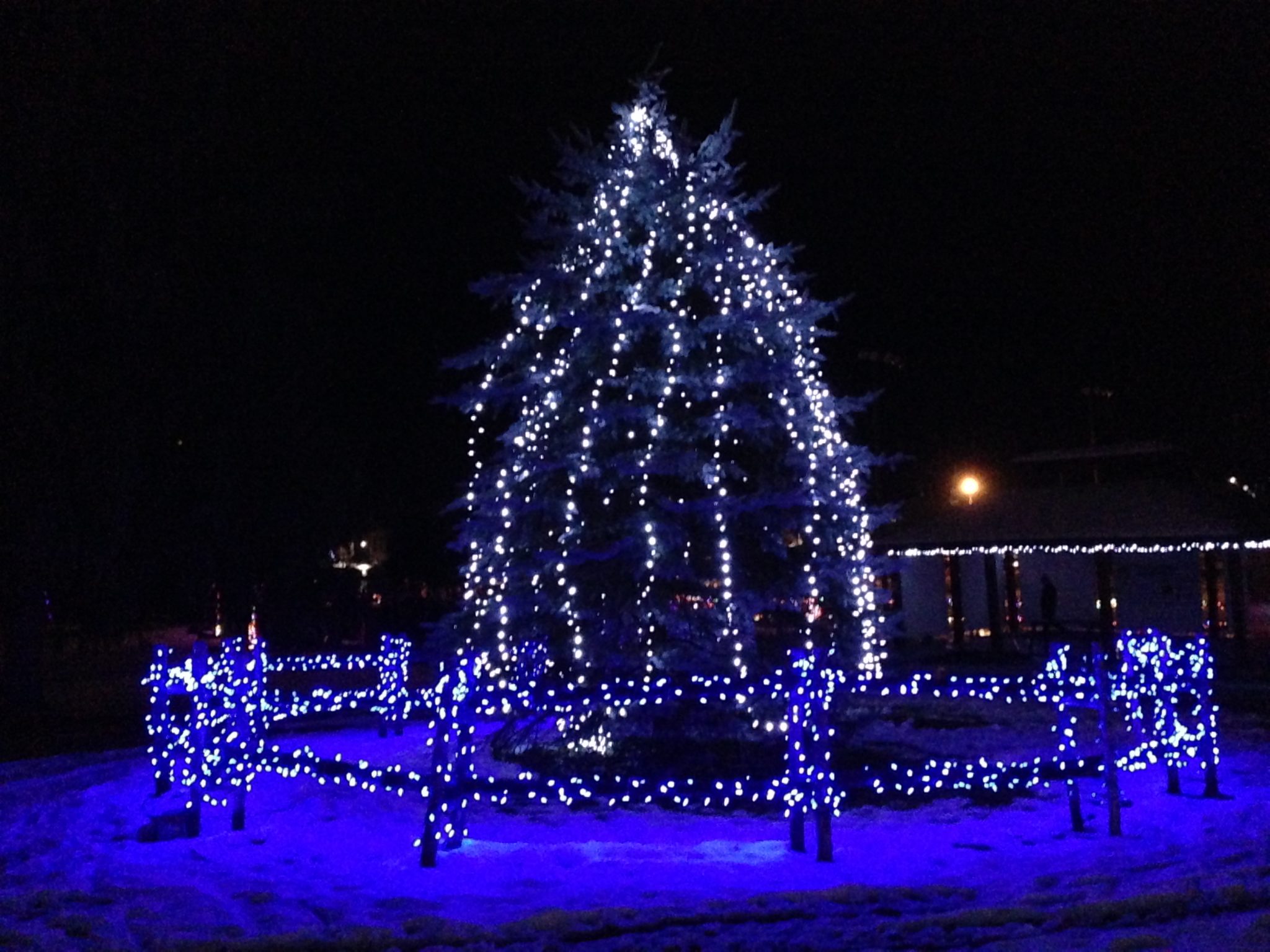 Installations like this were part of the former Festival of Lights, which is being replaced by a similar municipally-run event, re-named the Bright Nights Festival.

After a one-year break, the glow of Christmas lights will once again be seen on Island Park in December. The Alexandria Bright Nights Festival will launch on Sunday, December 1 with a fireworks display and tree-lighting ceremony. It will be held directly following the ever-popular Alexandria and District Lions Club Christmas Parade. The parade starts at 6 p.m. and the tree-lighting ceremony will take place at Island Park at 7:30 p.m. The fireworks will be projected over Mill Pond, so that the twinkling glow of the display can be seen from multiple vantage points. The best place to watch is from the shores of Island Park or from the shoulder of Gernish Street. Free hot chocolate will be available after the tree-lighting and will be available at the Sandfield Centre. The fireworks display is scheduled to go off at 8 p.m., but it’s important to note that they may be released a few minutes earlier or later, depending on the weather conditions.

“The cancellation of Alexandria’s Festival of Lights left a hole in our community. The Festival was founded by Ron Aubin in 2006 and it grew from a small collection of lights to become a dazzling display that united our entire community during the Christmas season. I am proud to report that the lighting display will be returning to Island Park this year as a municipal event. The Bright Nights Festival will launch on December 1 and at the suggestion of Councillor Jacques Massie, council agreed that the lights should continue to illuminate the park through the dark nights of February,” said North Glengarry Mayor Jamie MacDonald.

The new Bright Nights Festival is being organized by the Township of North Glengarry with the support of KMAC Electric. After the dissolution of the Festival of Lights Committee in 2018, Kirk MacMillan of KMAC Electric approached the municipality to see if there might be a way to save the Christmas tradition. MacMillan offered to donate his electrical expertise to the cause and he has been instrumental in recruiting other electricians and power utilities to help. On October 19, Mr. MacMillan and his crew will be at work in Island Park installing new lights in some of the tallest trees. They will be assisted by personnel from the Hydro One station in Vankleek Hill, which has donated not only time, but the use of two lift trucks. It’s going to be a busy day and the municipality is advising visitors to the park that certain sections of Island Park may be inaccessible during the installation of the lights in the tall trees.

“It’s going to be a more modest display of lights than was featured by the Festival of Lights, but it is the hope of the municipality that this new event can grow with time to reach the glowing success of its predecessor. Volunteer organizations are urged to contact the municipality if they are interested in participating in organizing future iterations of this event,” said Mayor MacDonald.

The Glengarry Artists’ Collective has also joined the cause. Local artists have developed three interactive displays, which will be unveiled at the Bright Nights Festival. They will remain on display for the month of December and are Christmas-themed.

Be sure to explore the glowing lights of Alexandria this winter season and to enjoy the merriment of Ontario’s Celtic Heartland during Christmas.