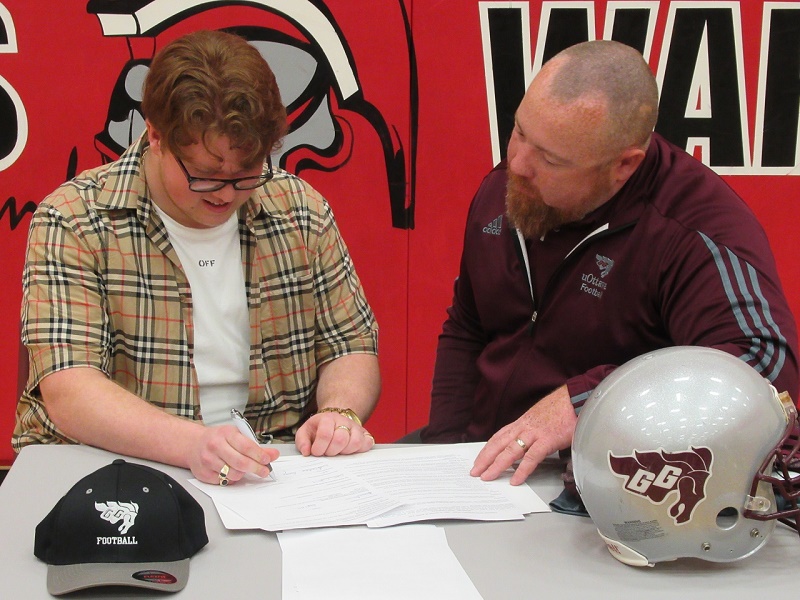 On Sunday, October 6, the University of Ottawa Gee-Gees defeated crosstown rivals the Carleton Ravens 32-10 in the annual football Panda Game. Next year, Jacob Traynor will be in that game.

Traynor, 17, of Vankleek Hill has accepted a scholarship to play football for the Gee-Gees starting in the 2020-2021 season as an offensive lineman.  The deal provides a base amount of $4,500 per year but if he maintains an average of at least 80 per cent, the amount can go to $7,500 per year for up to five years.

“It’s been a dream of mine,” said Jacob about his football career.

Jacob, who is the son of Bernie Traynor and Debbie Curren, will be pursuing a Bachelor of Science degree and plans to become a registered nurse, and eventually a nurse practitioner–an inspiration he got from his mother, who is a nurse at the hospital in Hawkesbury.

“It’s always been a rush, being in that environment,” said Jacob, about observing his mother at work in the hospital.

Jacob added that football and nursing are similar because fast-paced decisions have to be made.  “You always have to think about the next play,” he said.

Jacob’s life in football began in 2013 when he decided to start playing after watching the Denver-Seattle Superbowl game that year.  Instead of playing at the high school level, he played one season with the Glengarry Gaels spring program in the Seaway Valley Football League, after that, it was on to the Cumberland Panthers in the Ontario Provincial Football League where his talent was noticed by the University of Ottawa.

Jacob said that last winter, he participated in a skills development program at the Canadian Football Institute (CFI).  He also said that he and Gee-Gees offensive line coach Carl Tolmie regularly discuss plans for next season.

The newly signed Gee-Gee said if there was a future opportunity to play professional football, he would take it, but he really wants to practice nursing in a small town or remote area.

Before he sat down to sign the scholarship contract, Jacob thanked his parents, including his father Bernie for driving him to Panthers practices everyday, and for flexibility and understanding from his teachers and staff at VCI. 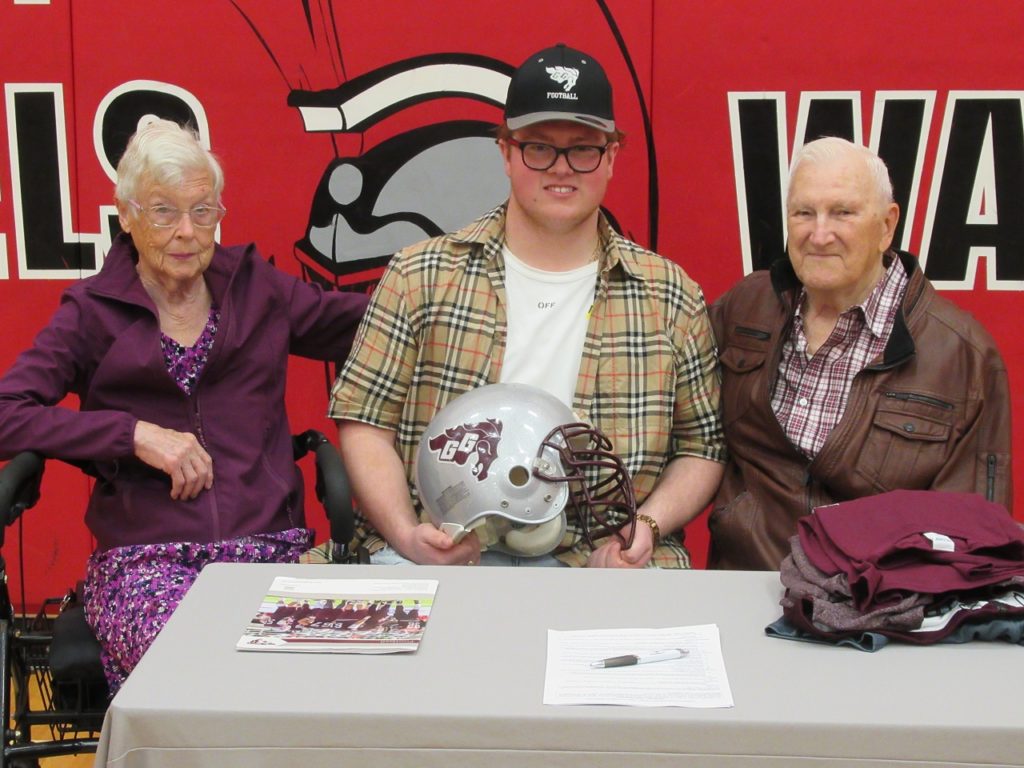 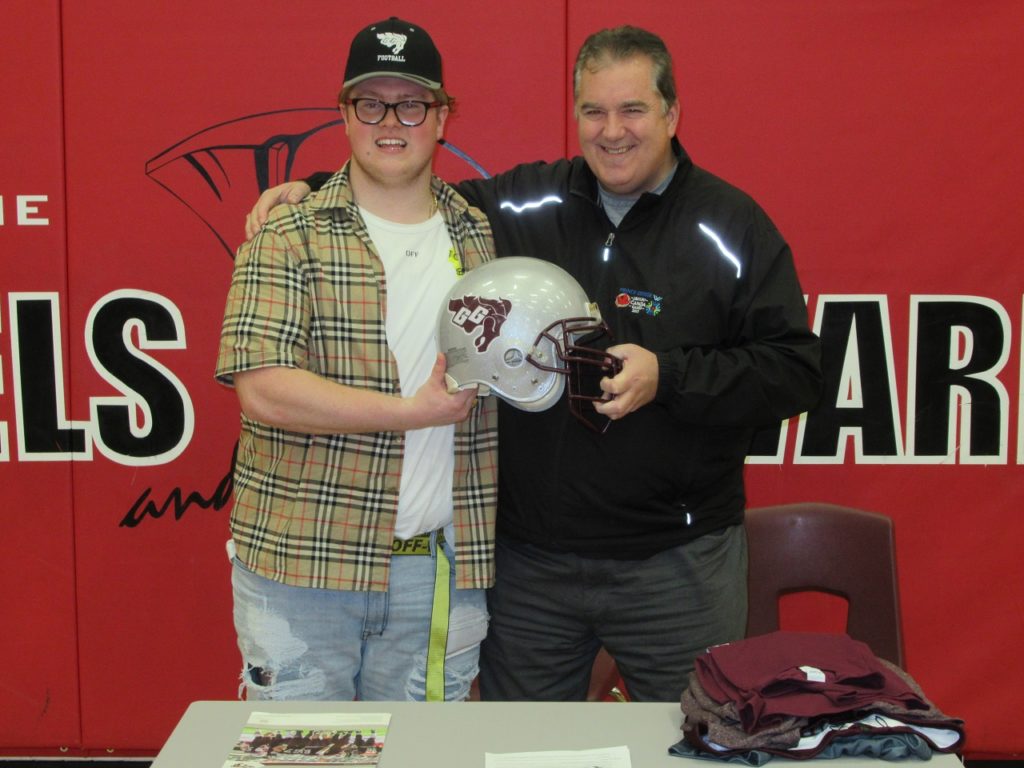 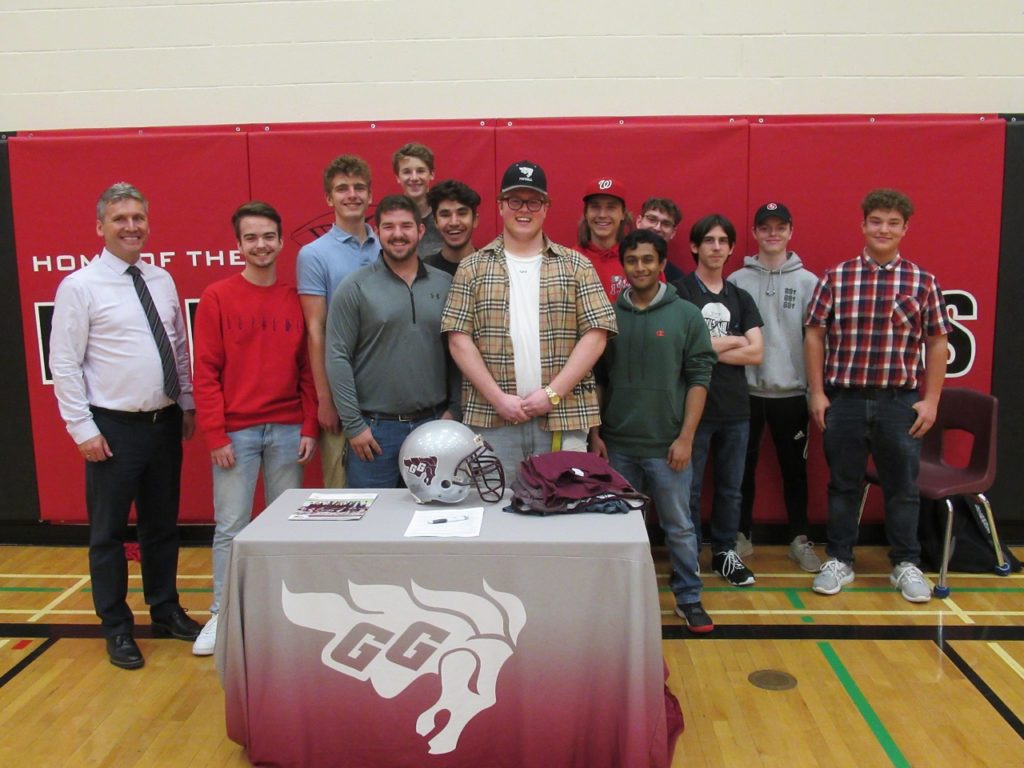