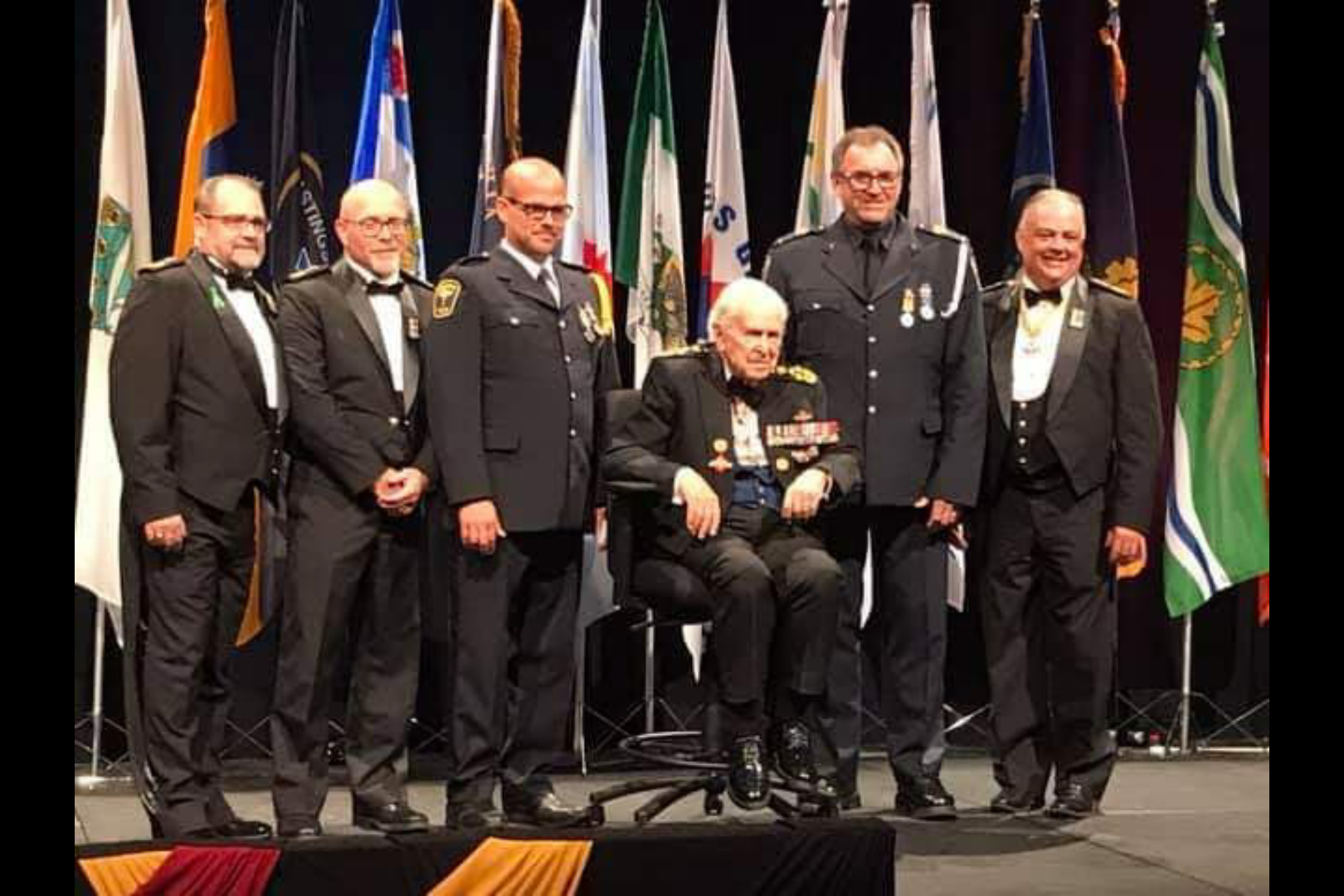 From left to right: Marc-André Périard, Eric Larocque, Martin Gascon, the Honorable Governor General sitting, Daniel Leduc and Michel Chrétien.
Among the 115 Ontario paramedics who were awarded of one of the most prestigious awards given in the service, two local paramedics who have gone above and beyond received medals.
Last Thursday at the Caesars Hotel and Casino in Windsor, Martin Gascon and Daniel Leduc were awarded the Governor General’s Emergency Medical Services Exemplary Service Medal at the Ontario Association of Paramedic Chiefs conference in Windsor.
Daniel Leduc of L’Orignal is among the few (3%) paramedics who retired after 30 years in the profession. Alfred resident Martin Gascon is a Prescott & Russell paramedic supervisor.
The paramedics who received awards had to spend at least ten of their 20 years of service on street-level duty involving potential risk to the individual to qualify for Governor General’s Emergency Medical Services Exemplary Service Medal.
Picture courtesy Daniel Leduc
Text by S.Lauwers