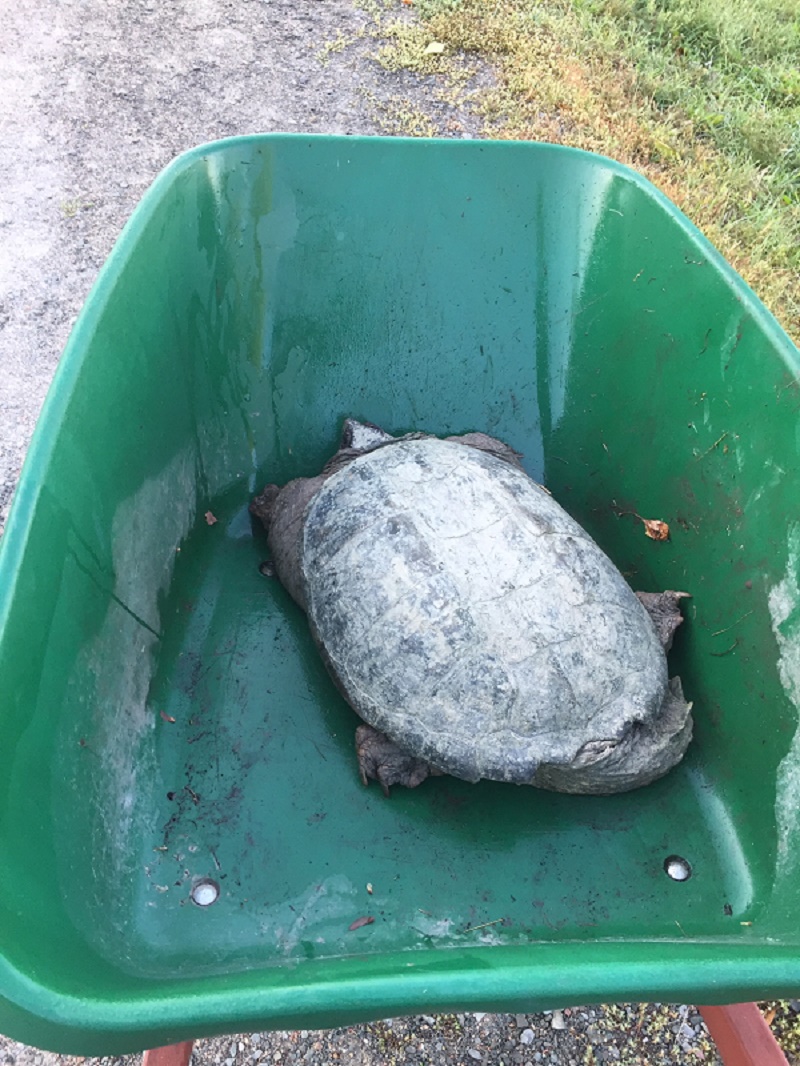 Slow but steady wins the race—or gets lost in someone’s backyard.

That’s what happened to a big turtle on Tuesday morning, September 27 in Grenville.  Sarah Lacasse-Dwyer went into her backyard to bring her dog Renoir inside and noticed the dog seemed distressed.  She then looked underneath a table and noticed a snapping turtle that she estimated was a foot and a half long.

“How did the turtle get there?” she wondered.

Lacasse-Dwyer’s home is near the Grenville Canal, but its banks are really steep for a turtle to climb.  She guessed it must have gradually travelled from the marsh at the end of Grenville Bay on the Ottawa River, or it walked from the river using the bridge that crosses the canal.  She said the turtle seemed tired.

Lacasse-Dwyer loves animals and had rescued turtles from precarious situations before.  She lifted it off the ground using the back of its shell and walked it into a tipped wheelbarrow on its front legs.  Then, she pushed the wheelbarrow over to the canal and gently turned it on its side in order to ease the big snapper into the water.

The Nature Conservancy of Canada maintains a website for its turtle protection program in Québec.  It gathers turtle sightings from the public so it can maintain a database and focus its protection efforts.  Lacasse-Dwyer reported her backyard discovery and rescue to the website, which is https://www.carapace.ca