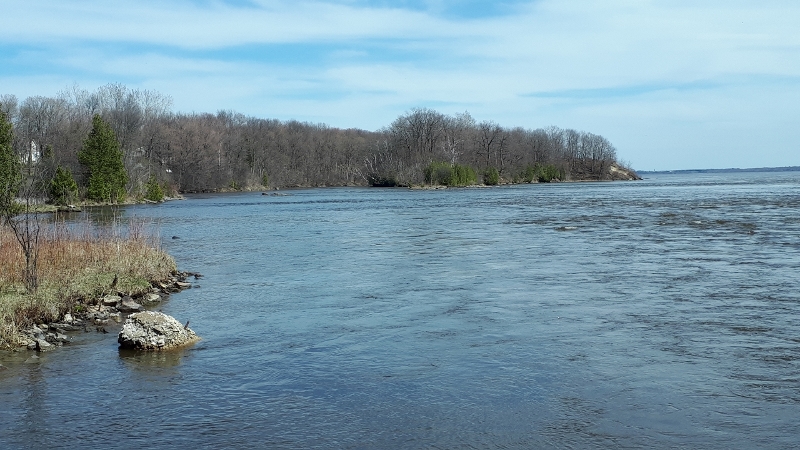 There may be hope for the Ottawa River.

Every year since the municipalities of MRC d’Argenteuil, MRC de Papineau and the United Counties of Prescott and Russell first reached a friendship agreement in 2011, they have met to discuss issues of recreational tourism, culture, heritage and environmental protection. This year, a new partner was added. Elected representatives of the three regions formed a pact with each other and with the Ottawa Riverkeeper, a non-profit organization dedicated to protecting the Ottawa River, and to raise awareness about pollution and the importance of protecting the Ottawa River, recently declared a historical site.

The first outcome of the agreement will be a campaign to raise awareness about contamination in the Ottawa River. One spokesperson from the UCPR said there is a lot of waste (including tires along the shoreline) in the Ottawa River. But large waste isn’t the only concern. Microplastics, which are tiny pieces of deteriorated plastics, have become a problem. Unlike large debris, microplastics are hard to see and infiltrate water easily. When the Ottawa Riverkeeper conducted a study to test the cleanliness of the water in 16 different areas, all of the areas were found to have been contaminated with microplastics, even water in non-urban areas.

The next step will be to invest $20,000 (the three regions are providing the funding) to conduct a series of shoreline clean-ups. The first clean-up will be at a soon-to-be-determined date. Volunteers will be needed.

A large portion of the pollution comes from other municipalities connected through broader waterways, which is why both the municipalities and the Ottawa Riverkeeper say they hope to see larger agreements with more municipal, provincial and federal governments, spanning more territory and creating access to more resources.

This project will not clean the river entirely or permanently. There is more work that needs to be done. But the United Counties of Prescott and Russell say it is a step in the right direction. The Ottawa Riverkeeper spokesperson said it was ”over the moon” when the municipalities contacted them for this initiative.

Pollution in the Ottawa River is a longstanding problem, but thanks to clean-ups, filtering, and stronger regulations, the water quality has improved. The Ottawa Riverkeeper said, ‘The importance of keeping this river clean is not just because of its historical value, but because it is also a source of drinking water.” It is estimated that the Ottawa River is a drinking-water source for more than one million people.

”Everybody can be a water leader,” according to the Ottawa Riverkeeper.