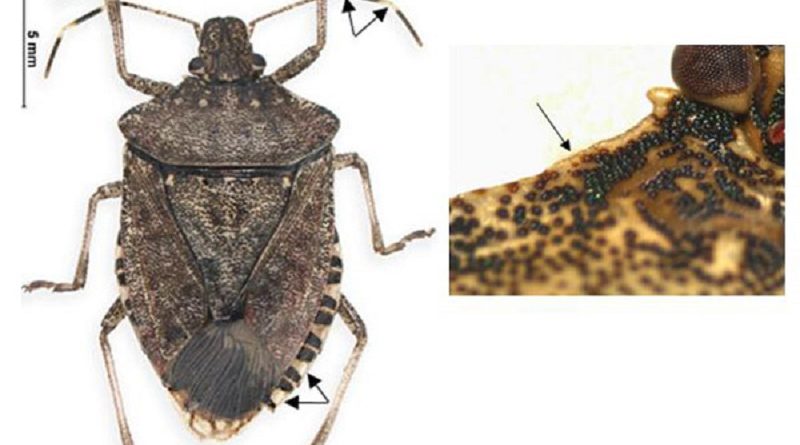 The invasion of the stink bug sounds like the name of a low-budget science fiction movie, but it’s a real concern for farmers.

Officially called the Brown Marmorated Stink Bug (BMSB), it is also known as the Asian Stink Bug because it originated in Asia.  It is called a stink bug because when hit and killed, it releases a foul odour.

The insect first entered the US in the 1990s as stowaways in shipping containers.  According to the Ontario Ministry of Agriculture, Food, and Rural Affairs (OMAFRA).  They feast on crops, primarily berries, tree fruits, and vegetables, especially close to woodlots.

The stink bug has already infested several regions of southern Ontario, and recent reports state it has been present in Montréal since 2014, and it is expected to spread throughout Québec.

According to a US Department of Agriculture-funded website that tracks the BMSB throughout North America, it is listed as causing “nuisance problems only” in Ontario and is “detected and/or intercepted” in Québec.

Grenville-sur-la-Rouge crop farmer John McCart, who is also President of the Québec Farmers Association and the Argenteuil representative for the Union des producteurs agricoles (UPA), said he is not aware of any local presence of the BMSB in rural areas, including Argenteuil.

The stink bug has not shown up in agricultural areas of Ontario either, according to OMAFRA.

Symptoms of BMSB include discoloured, cork-like fruit, delayed maturity such as green stem syndrome in soybeans, and discoloured tree bark.

According to OMAFRA, there are pesticides licensed for use against BMSB in Canada, but no action thresholds for when they should be used exist and management strategies are still being developed. 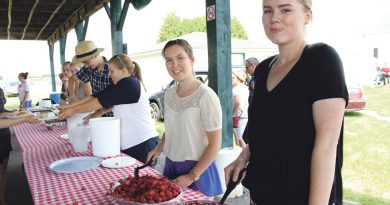