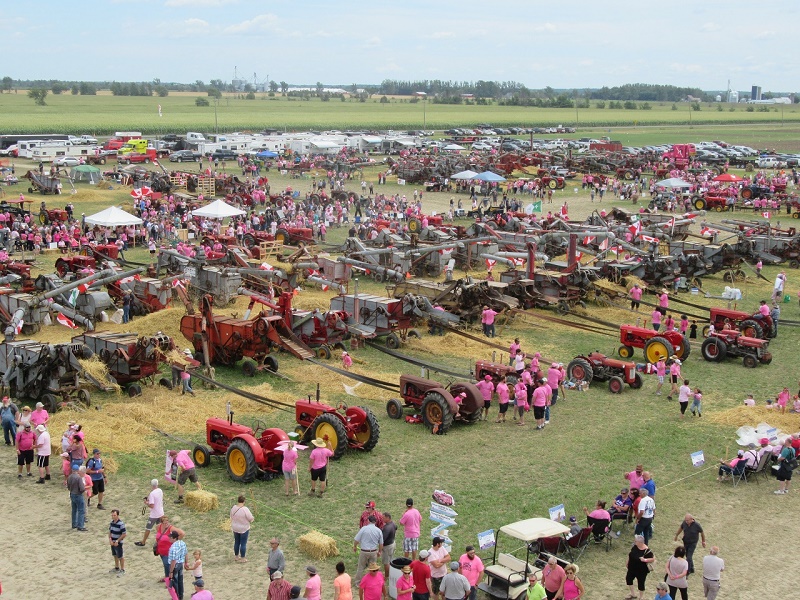 The Guinness World Record for the largest number of threshing machines operating at the same time is back in St-Albert, and $100,000 was raised for the Canadian Breast Cancer Foundation.

Sunday’s record-setting event was the highlight of the Guinness World Records weekend that aimed to bring back the threshing title first captured in 2015 that was later captured by a group of threshers in Manitoba in 2016.

The 2019 Guinness weekend was the result of a lot of organizing by François Latour, who assembled a committee and more than 2,000 volunteers over nearly two years.

The Manitoba record was set with 139 threshing machines.  There were 250 on site in St-Albert and 243 of those qualified by functioning properly for the complete five minutes needed in order to qualify.

Throughout the field, there was a constant roar from tractors, belts, and wheels while farmers from all over Ontario and Québec forked grain into the machines. 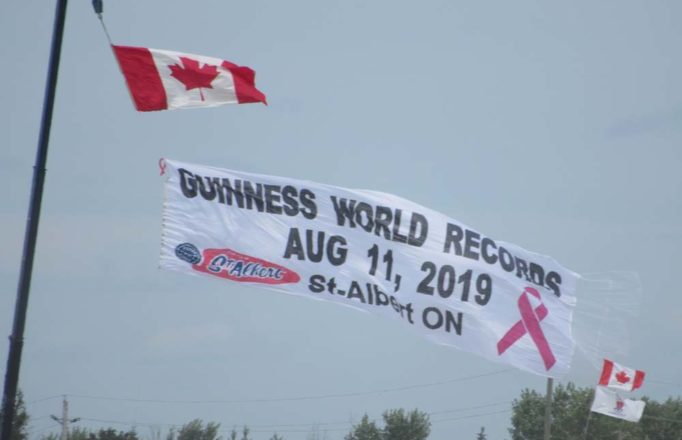 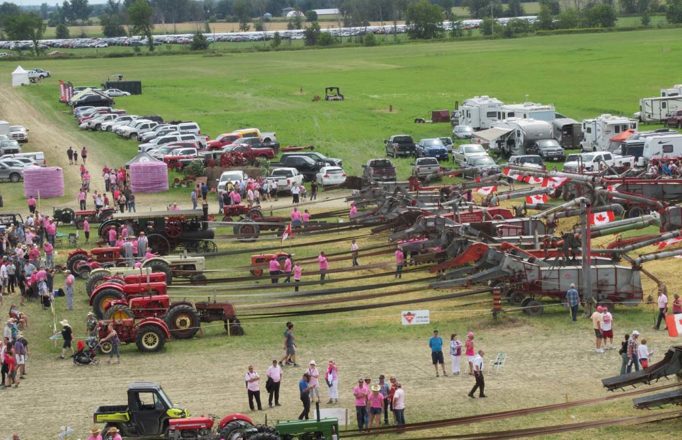 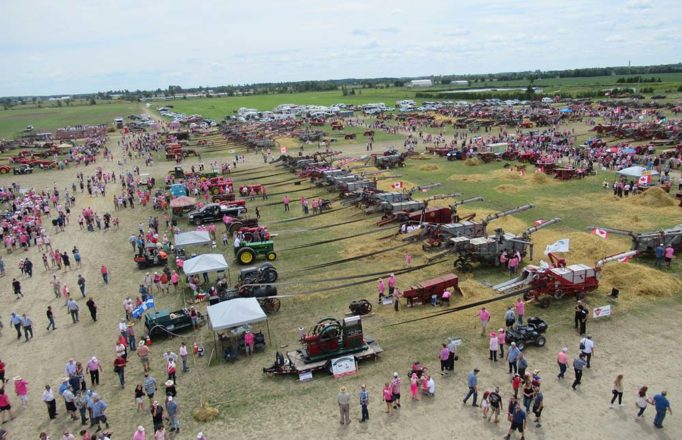 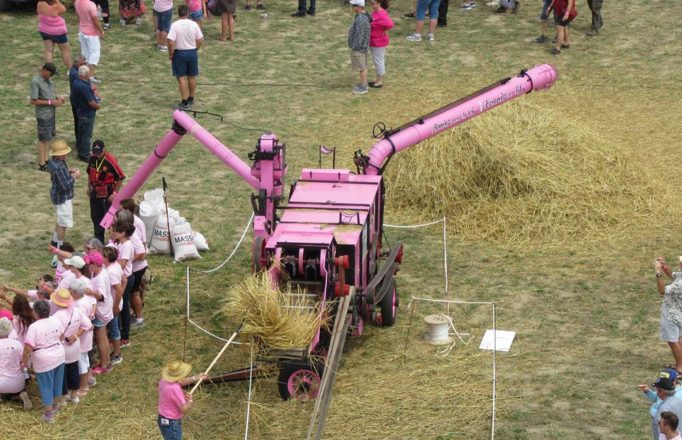 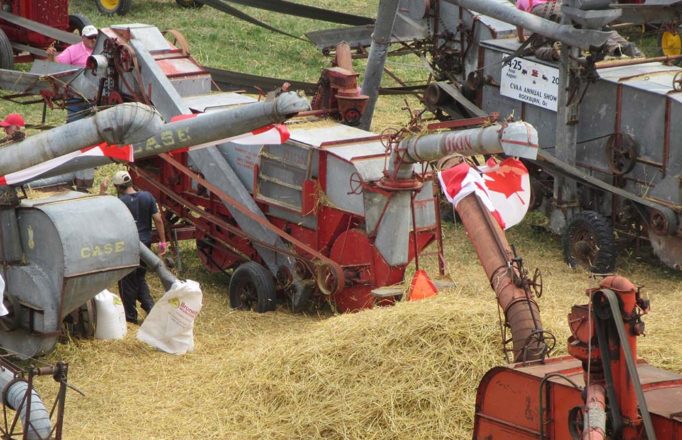 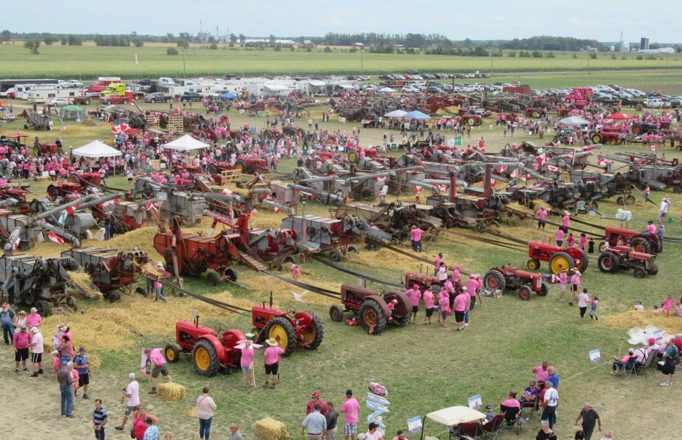 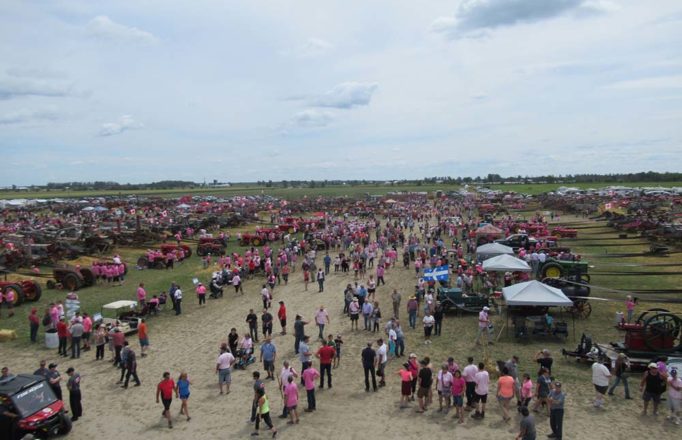 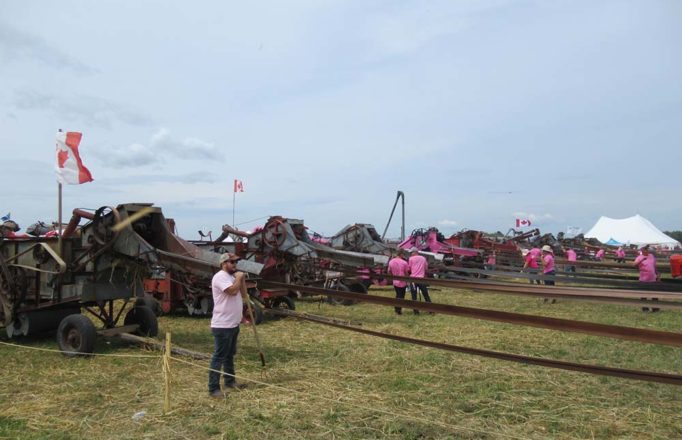 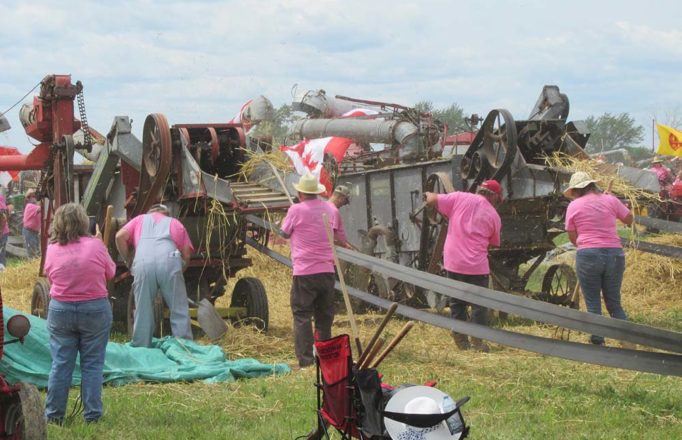 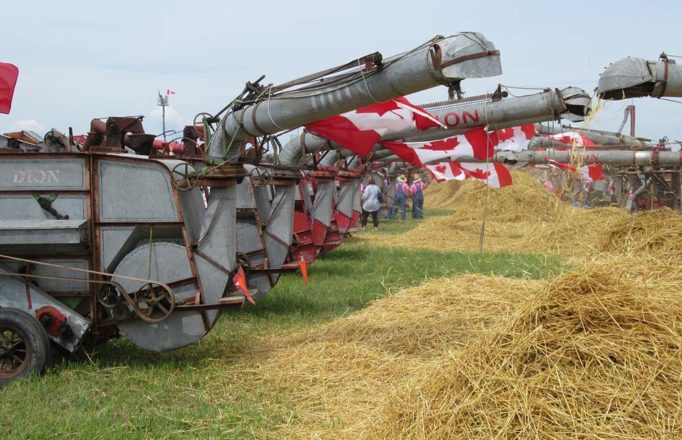 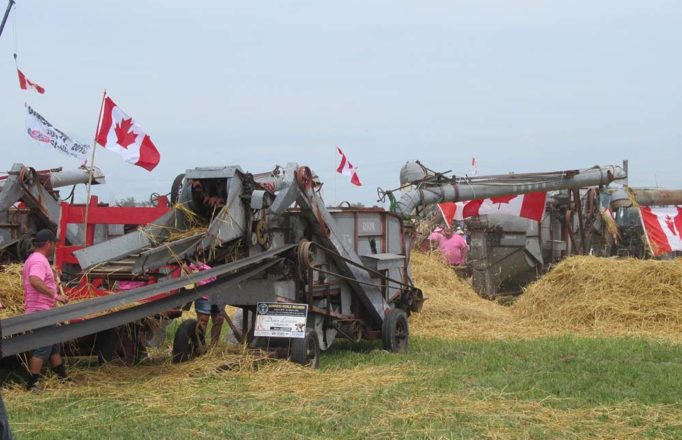 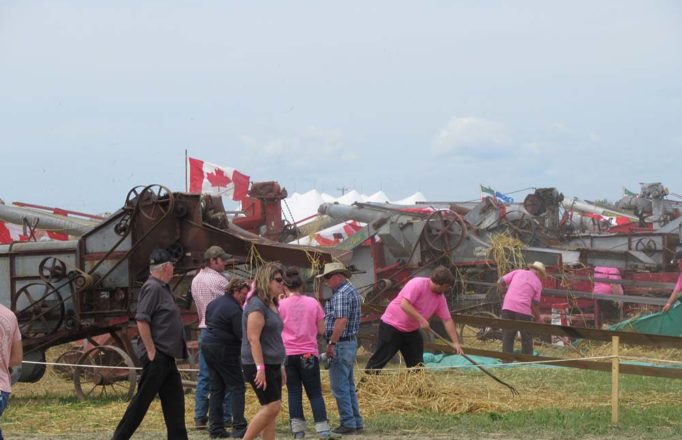 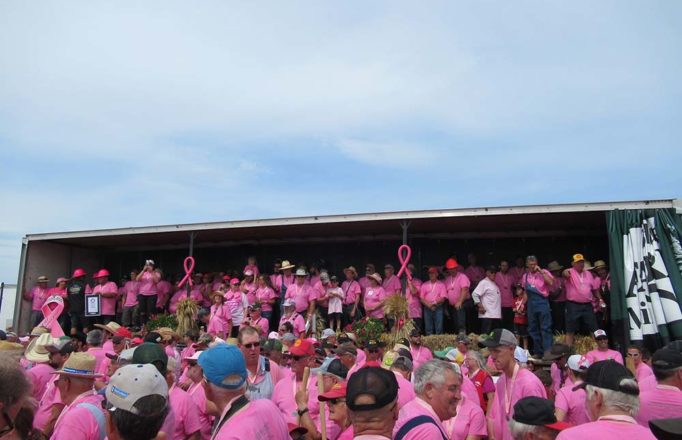 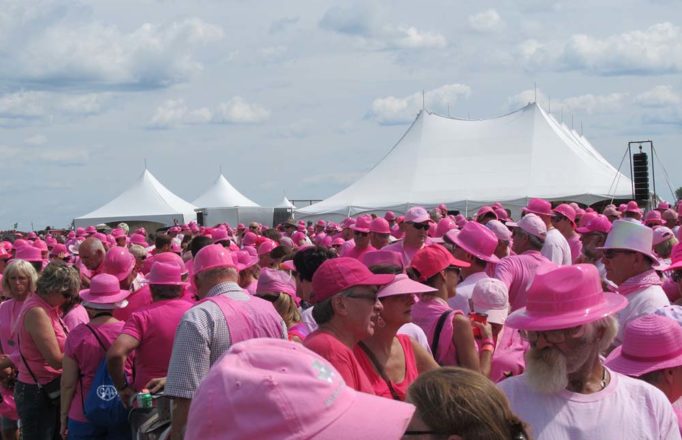 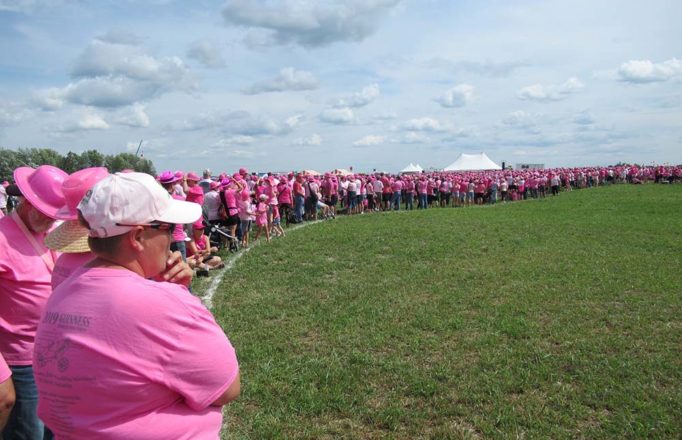 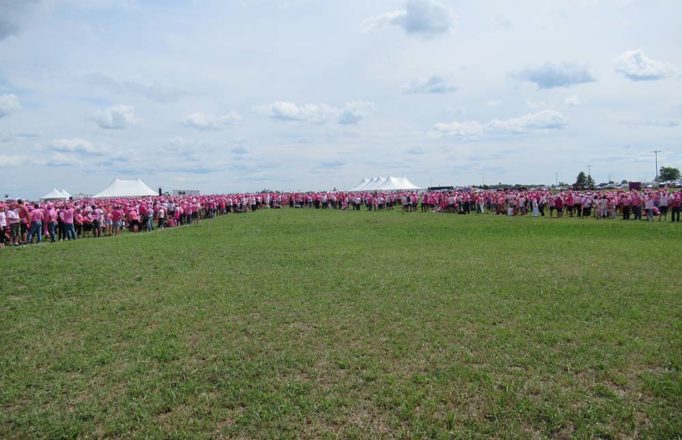 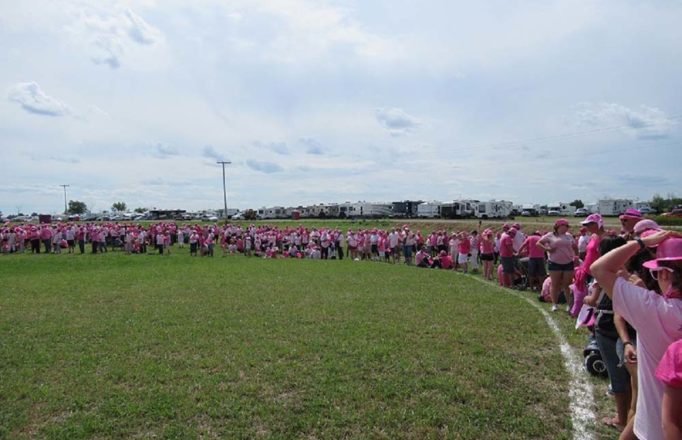 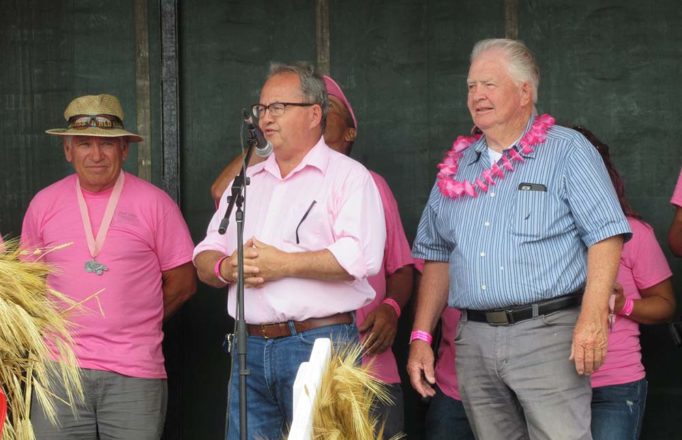 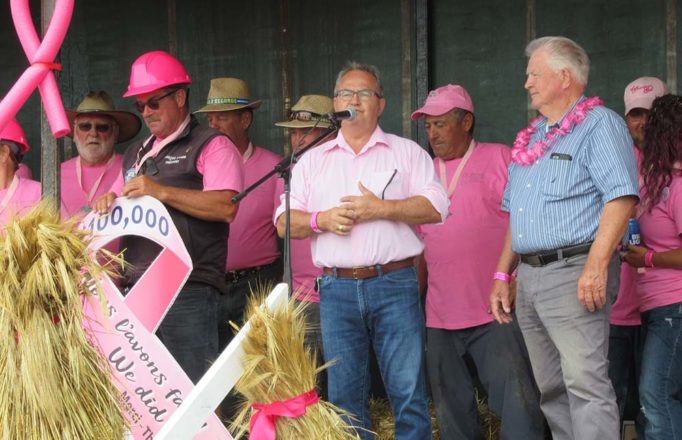 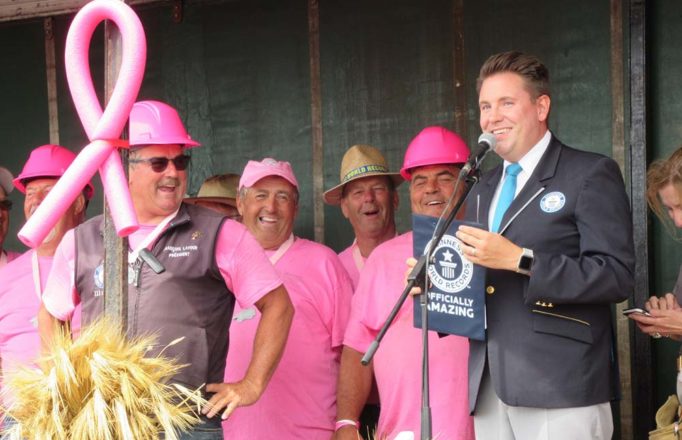 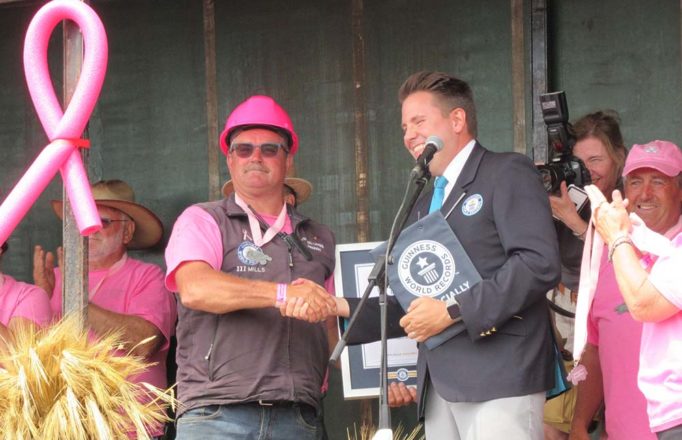 A few minutes after the big test, Guinness Adjudicator Michael Empric, who had travelled from New York City to judge the event, announced that St-Albert had taken the title.

Empric travels all over the United States and Canada judging events where people are attempting to set new Guinness records.

When asked about the sometimes-unusual events he goes to, Empric said “Nothing is strange to me anymore.”

“This is not unusual, but it is unusual to see so much farm equipment running at once,” he said about the threshing frenzy in St-Albert.

Latour was beaming on stage when the result was announced, but it was also emotional because of his personal connection to breast cancer.  His wife Suzanne succumbed to the disease four years ago.

But Latour hopes St-Albert will hold the threshing record for a long time to come.

“I hope I put the bar high enough!” he said.

Latour’s sister Juliette Forgues was with her brother through every step of the planning, organizing, and staging the Guinness weekend.

“She’s my left hand and my right arm,” said Latour.

La Nation Mayor François St-Amour congratulated the organizers and said Latour is the sort of person who puts his whole heart into whatever he gets involved with.

Unfortunately, an attempt to set a second Guinness Record in St-Albert was unsuccessful on Sunday.

Organizers had been hoping to assemble a crowd of 8,264 people wearing pink to form the world’s largest breast cancer awareness ribbon.  However, there were just 3,415 people in the crowd.

Latour did not seem upset though.  “We’ve got the threshing machines and we’ve got the $100,000!” he shouted to a cheering crowd, referring to the new Guinness threshing record and the money raised for the Canadian Breast Cancer Foundation.