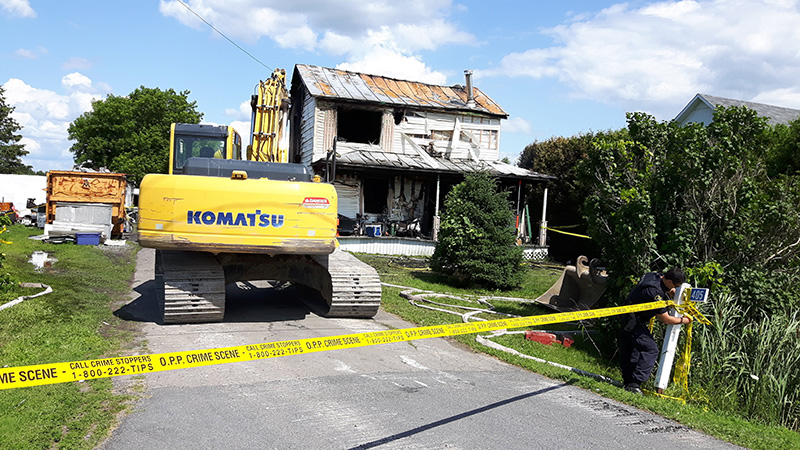 The names of two men who died in a house fire near St-Isidore earlier this week were released by the Ontario Provincial Police (OPP) Friday morning.

The victims have been identified as 36-year-old Jeffrey Laughren from St-Isidore and David Joseph Grant, a 44-year-old Hawkesbury man.

The OPP has concluded its investigation and has determined there was no criminal wrong-doing involved. The case has been turned over to the Office of the Chief Coroner and the Ontario Fire Marshall (OFM)

At first, one body was discovered in the aftermath of the fire which completely destroyed the home. One person was unaccounted for, but was found the next day.

The Nation Fire Chief Tobias Hovey said neighbours reported the fire and firefighters from St-Isidore, Fournier, and St-Bernardin responded to the fire at the two-storey home, which Hovey estimated was 40 to 50 years old.