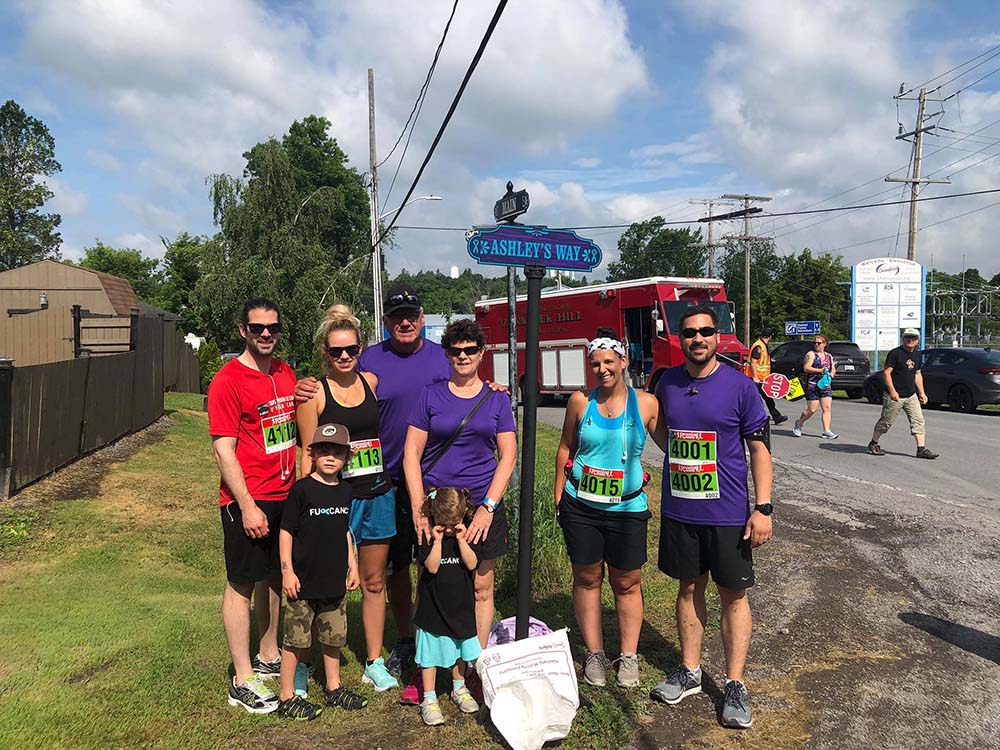 Newton Road was renamed Ashley’s Way for the day of the Beau’s Walk for Ovarian Cancer. The family and friends of the late Ashley Courtois (Cowan) were on hand for the unveiling of the sign on Saturday morning, July 6, 2019. Photo: Sarah Bigelow.

The 5th Annual Beau’s 5K for Ovarian Cancer Canada took place Saturday, July 6, 2019, in the Eastern Ontario community of Vankleek Hill, and raised $50,000 for Ovarian Cancer Canada. The event attracted 451 walkers and runners this year, who started and finished at local craft brewery Beau’s. Participants were rewarded with a cold glass of beer for their hard work.
The first-year fundraiser took place on a small scale but grew significantly for the 2016 – 2018 editions. Added to the fundraising from previous years, a total of more than $165,000 has been raised by this event. The race was created in 2015, in honour of Vankleek Hill local and running enthusiast Ashley Courtois (Cowan), who succumbed to ovarian cancer in May 2018. Funds raised enable important programs in support, awareness and research to address ovarian cancer and help ensure that women with this disease live fuller, better and longer lives.
Newton Road, where the walk takes place, was renamed to Ashley’s Way for the day. The temporary street sign was unveiled on Saturday morning. Members of Ashley’s family, including her husband and parents, were there for the unveiling, along with friend and organizer, Judith Sauvé.

Here are photos from the walk and if it looks like more than one start, you are right! There were three start times! The Review was there for two official starts. Louise Sproule was there at the first start time and walked 5K and then took photos of the second group at the starting line.

Walkers were gathered on the patio after the Beau’s Walk for Ovarian Cancer Canada for the official announcement of how much was raised at the event. Members of Ashley Courtois (Cowan)’s family and the Beau’s family are seen with the $50,000 cheque. Co-founder of Beau’s Steve Beauchesne said that Beau’s and the community remember Ashley and will continue the annual event for years to come. Below, walkers leave the starting point at 10 a.m.

Note: Photos of the Unveiling of “Ashley’s Way” were taken by Sarah Bigelow.

All other photos were taken by Louise Sproule. 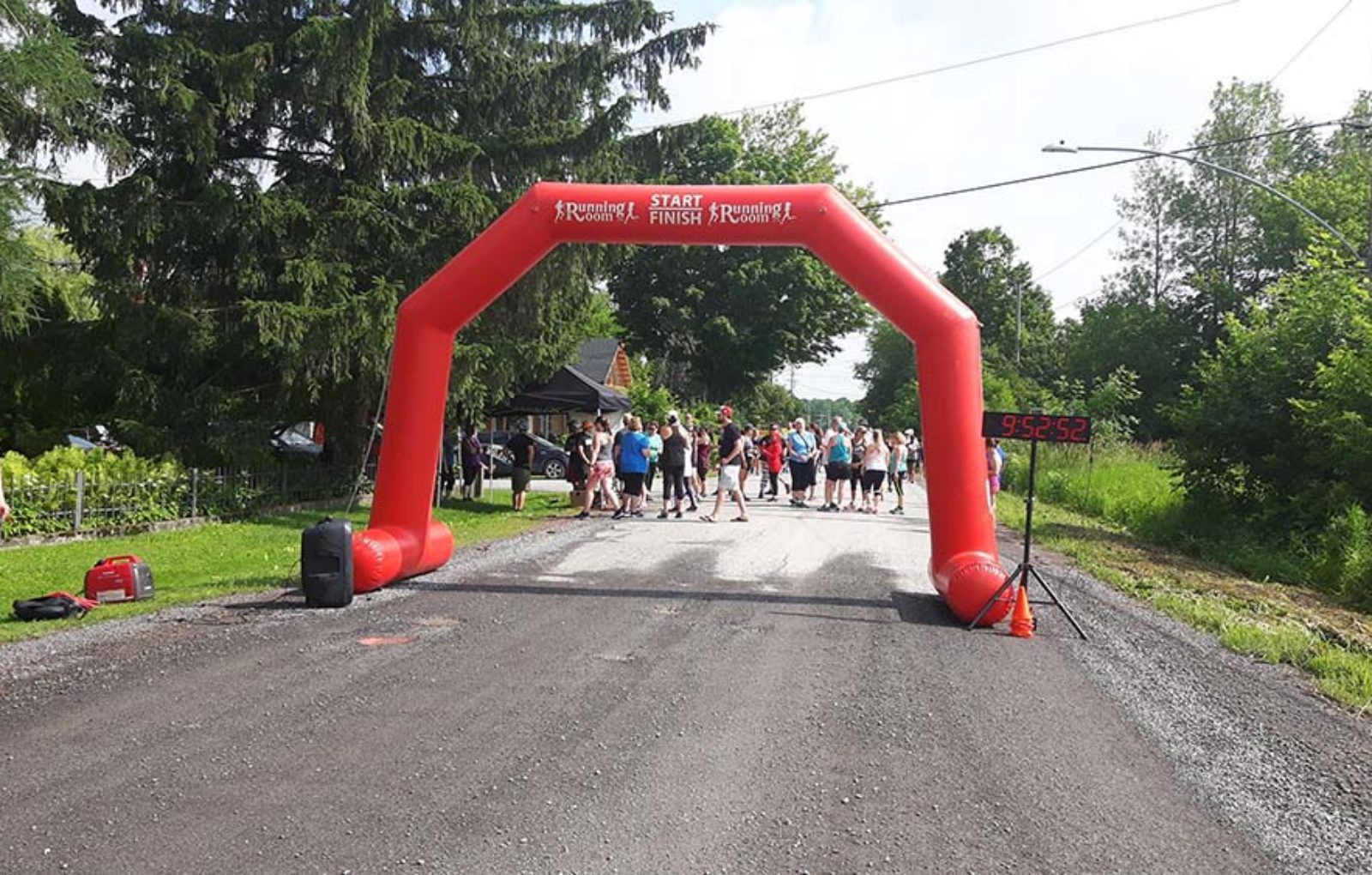 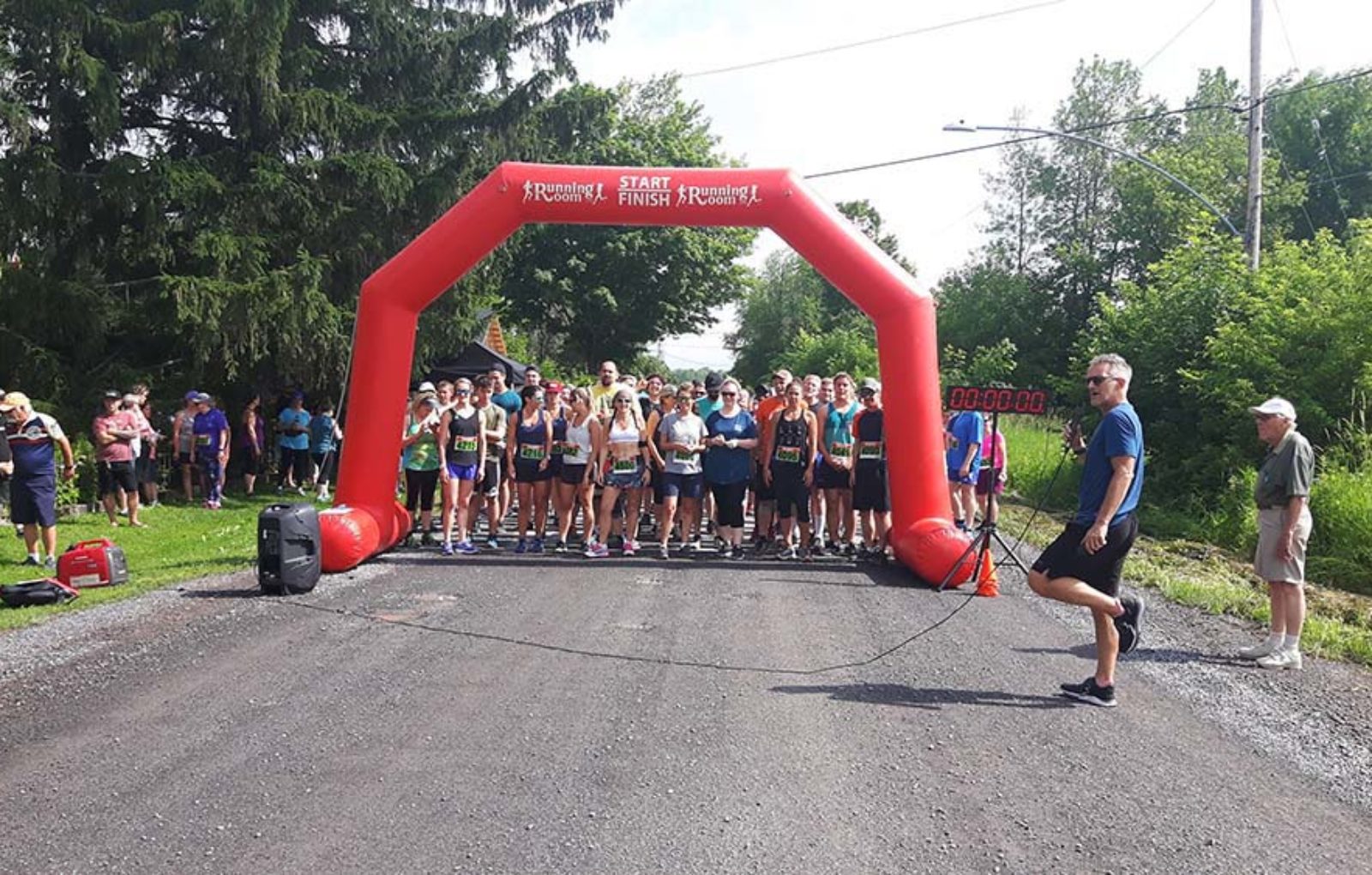 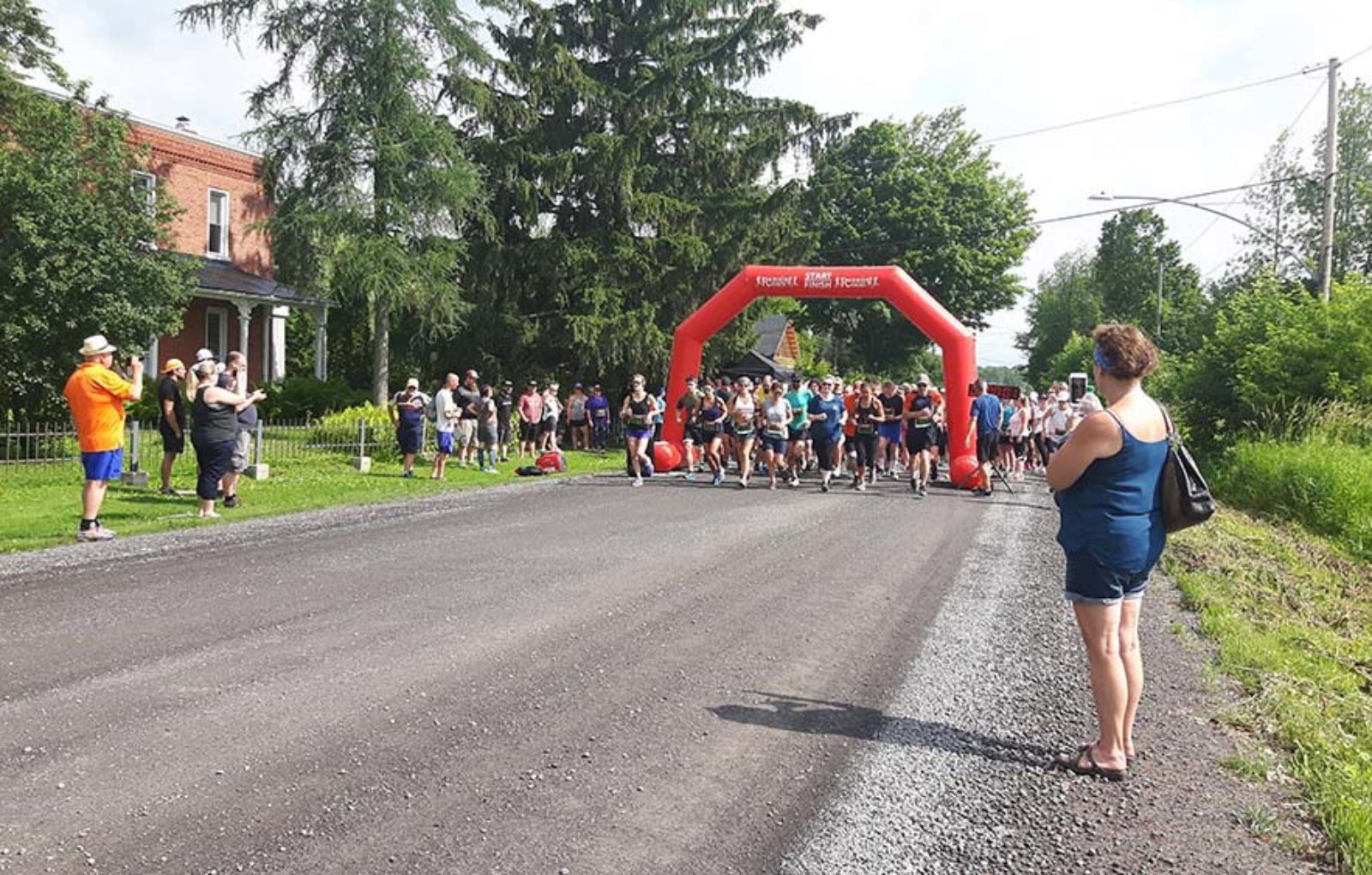 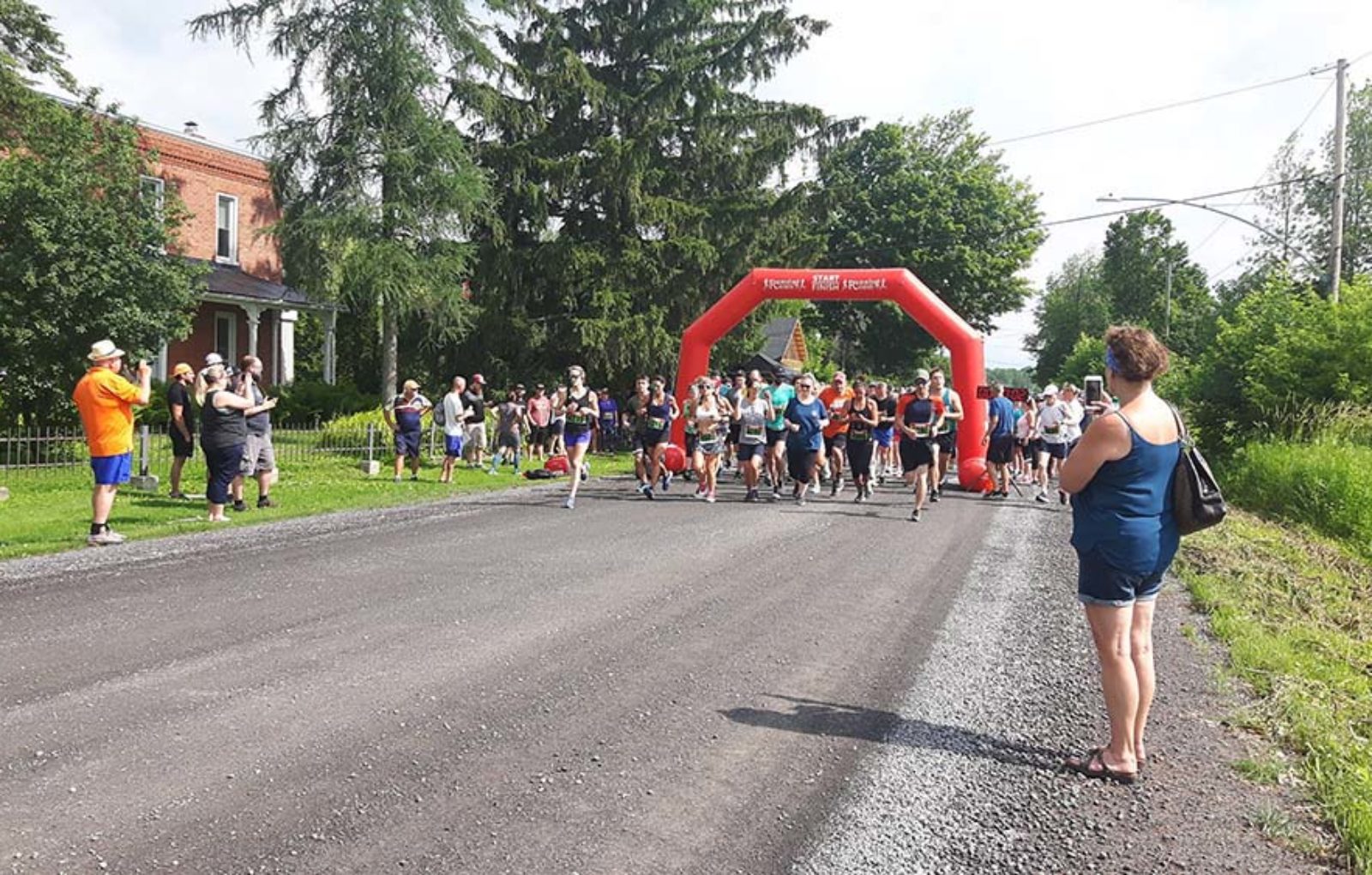 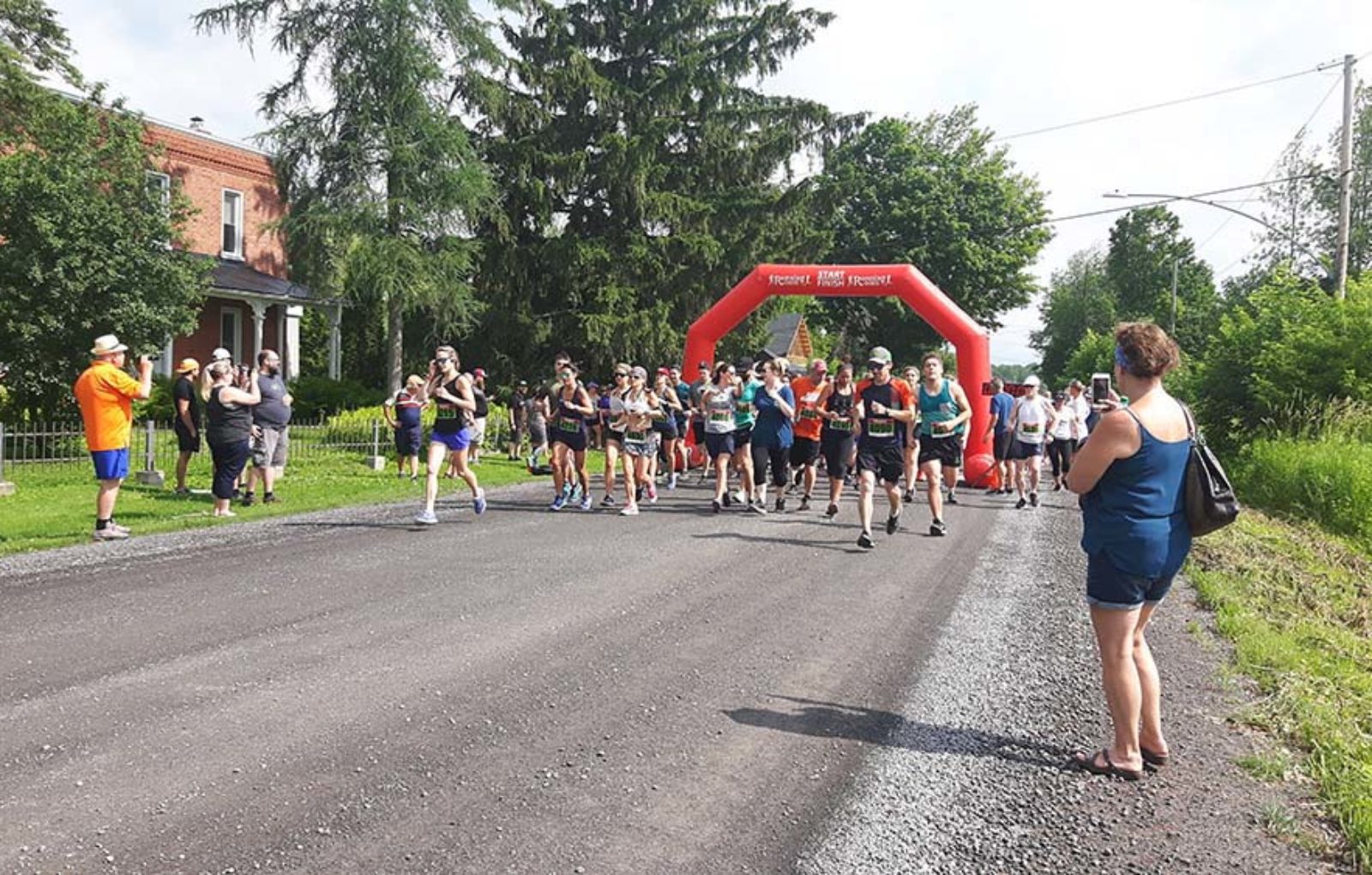 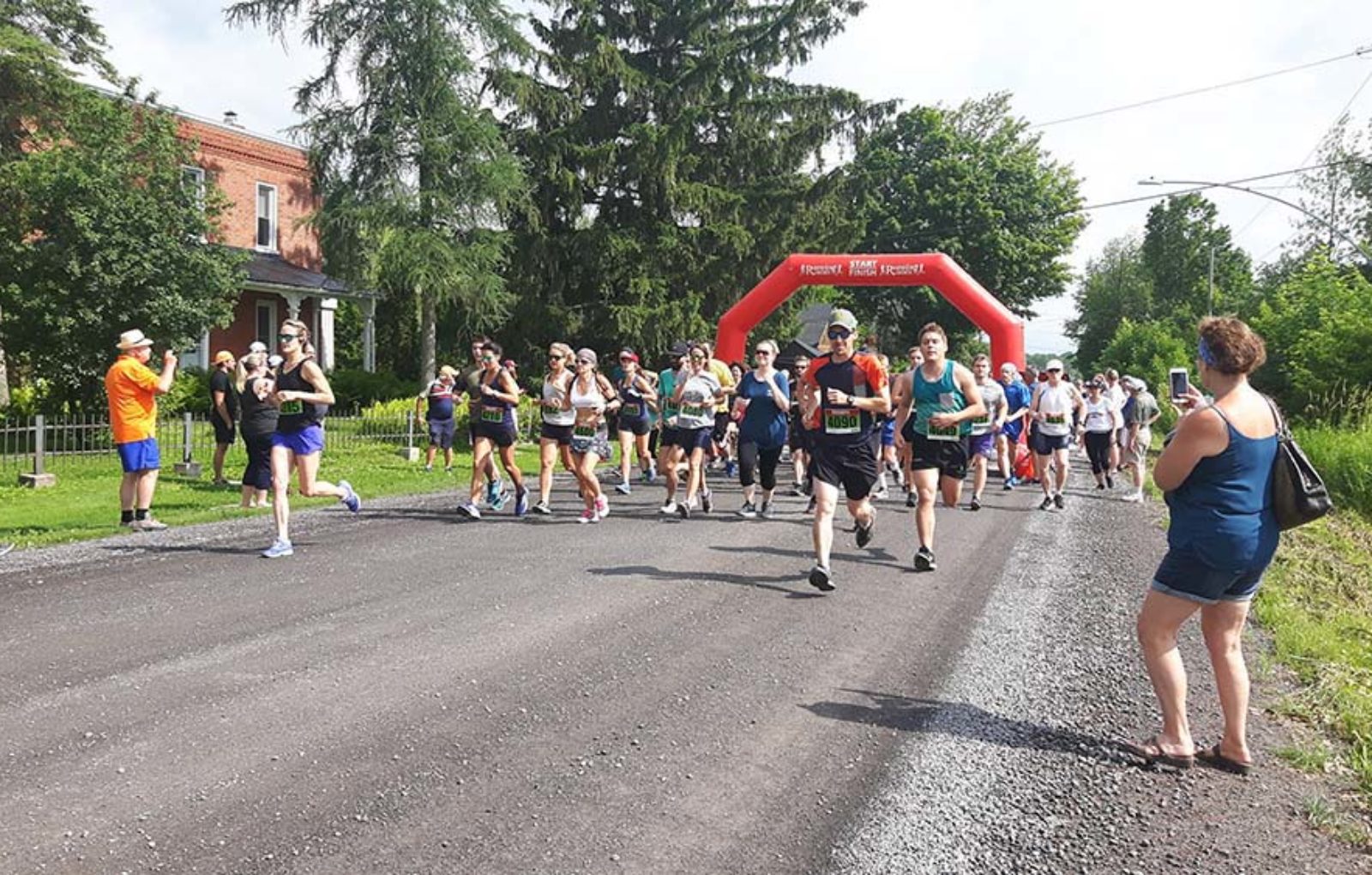 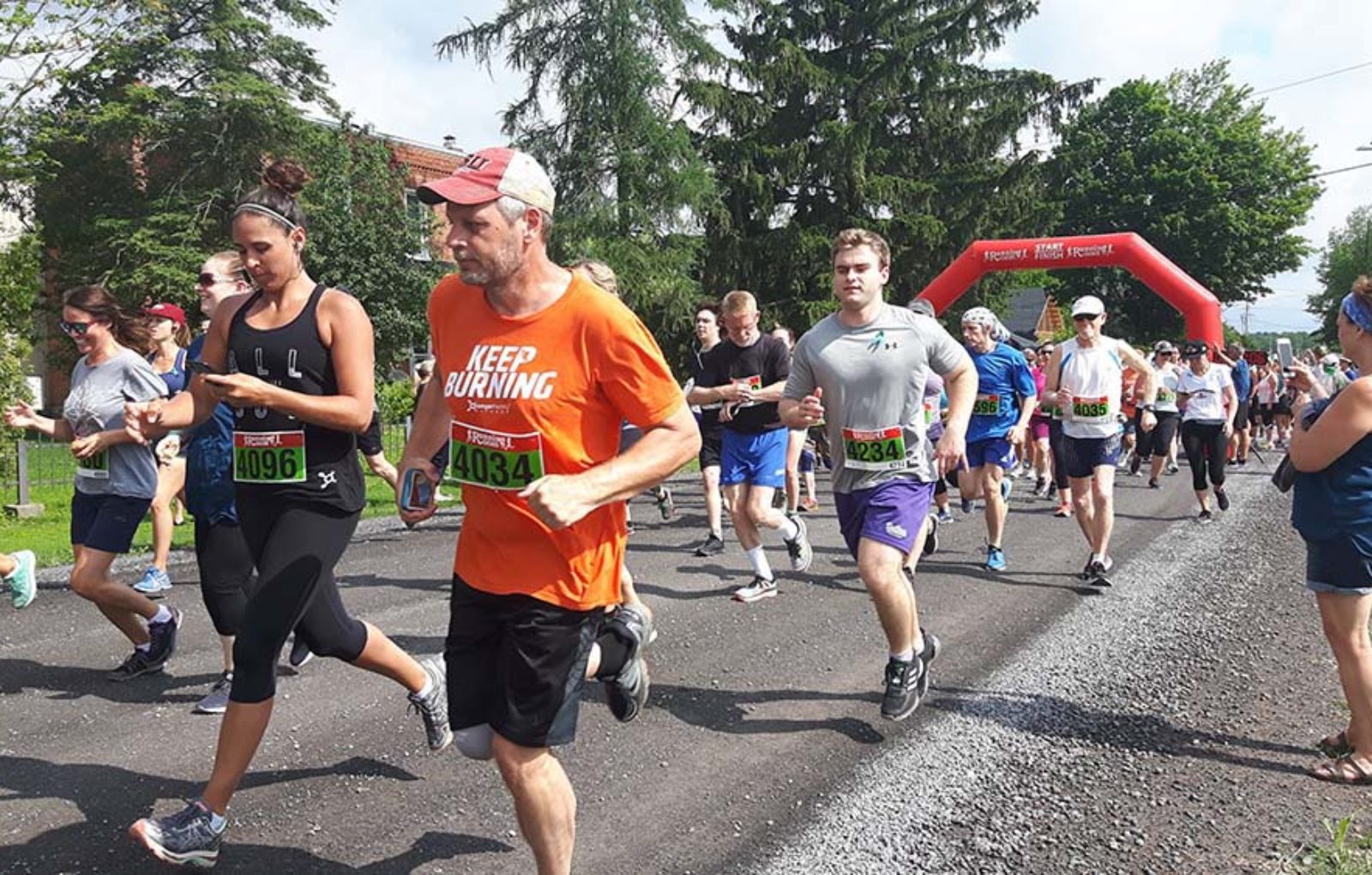 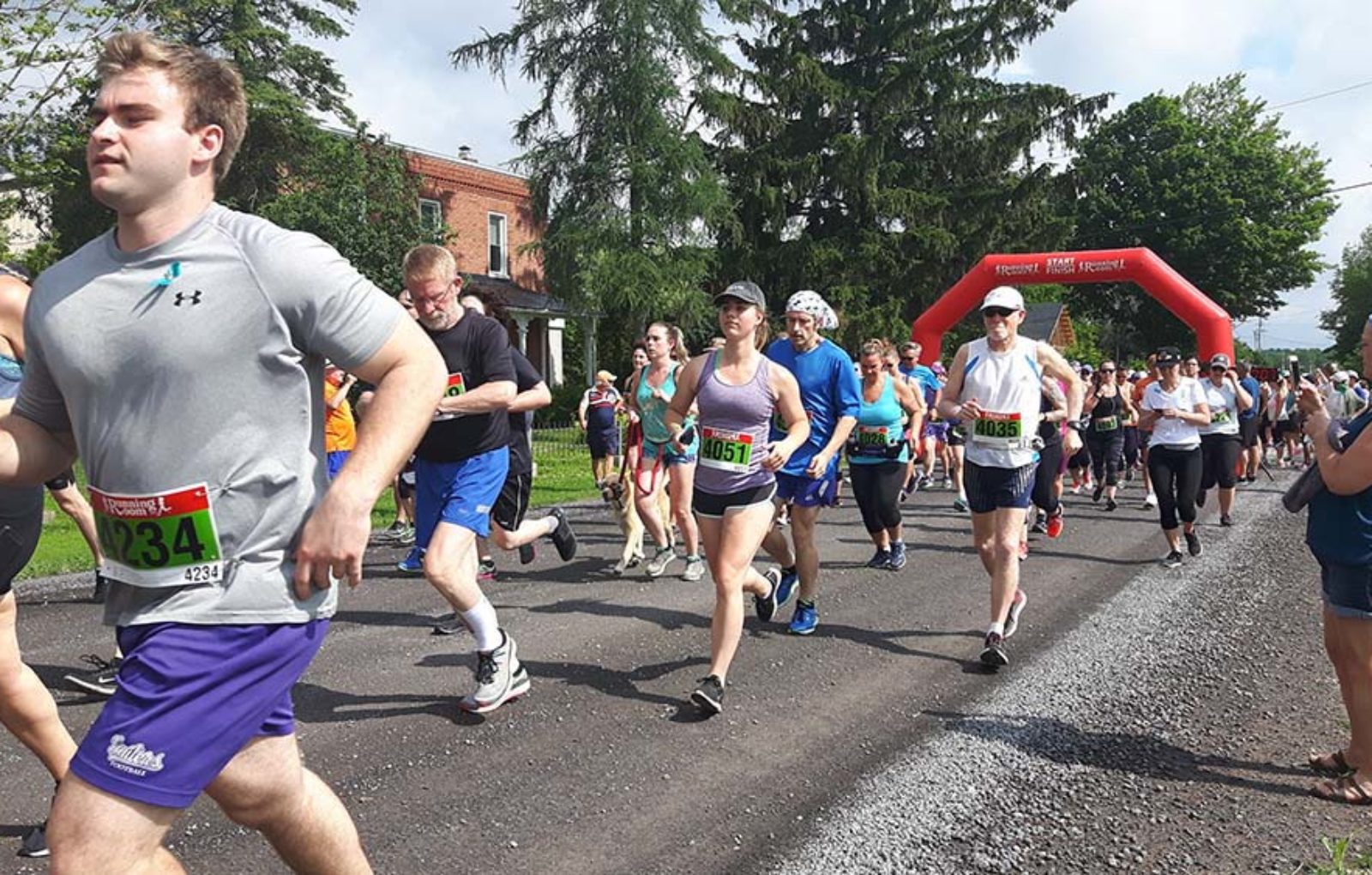 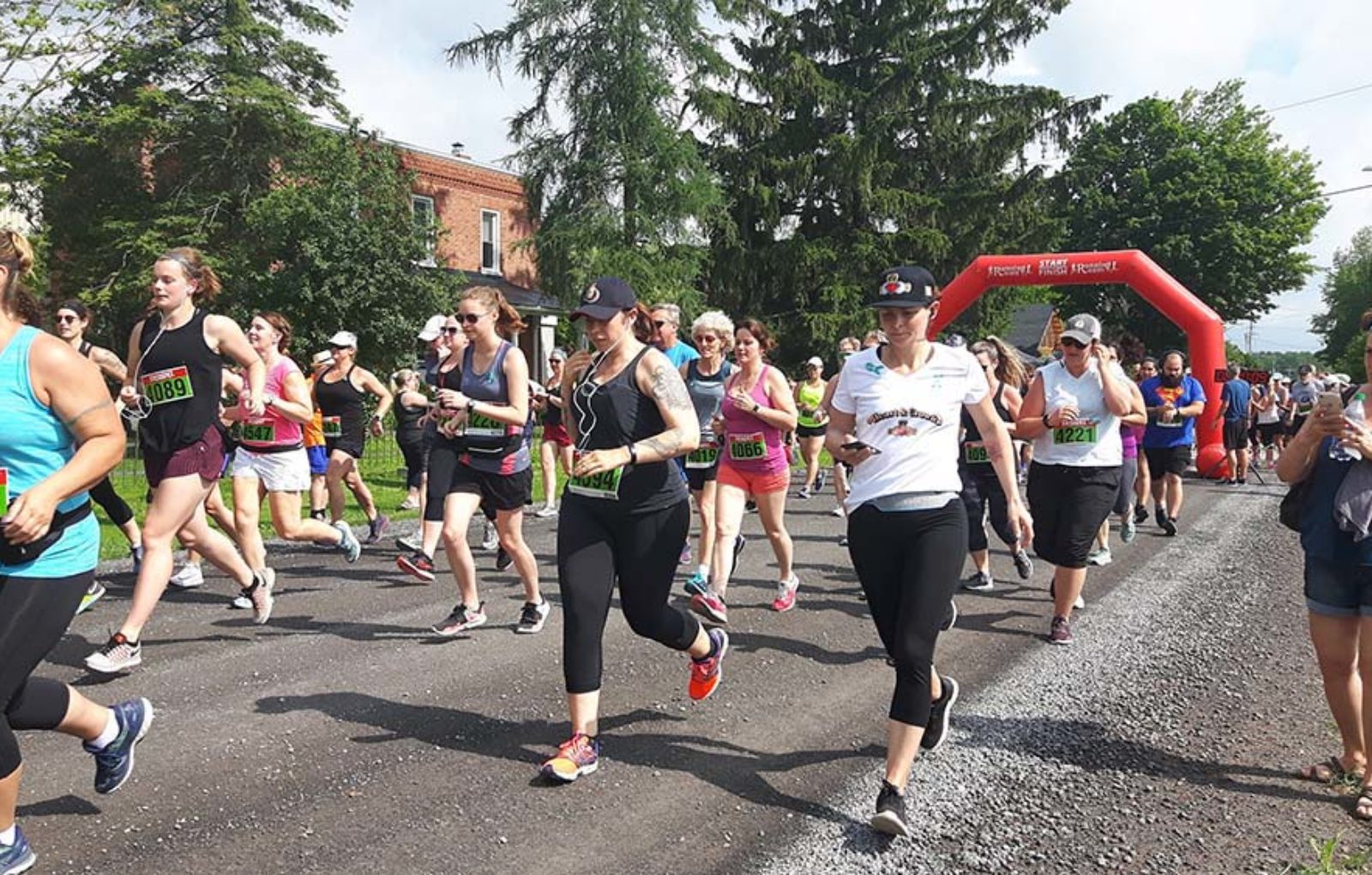 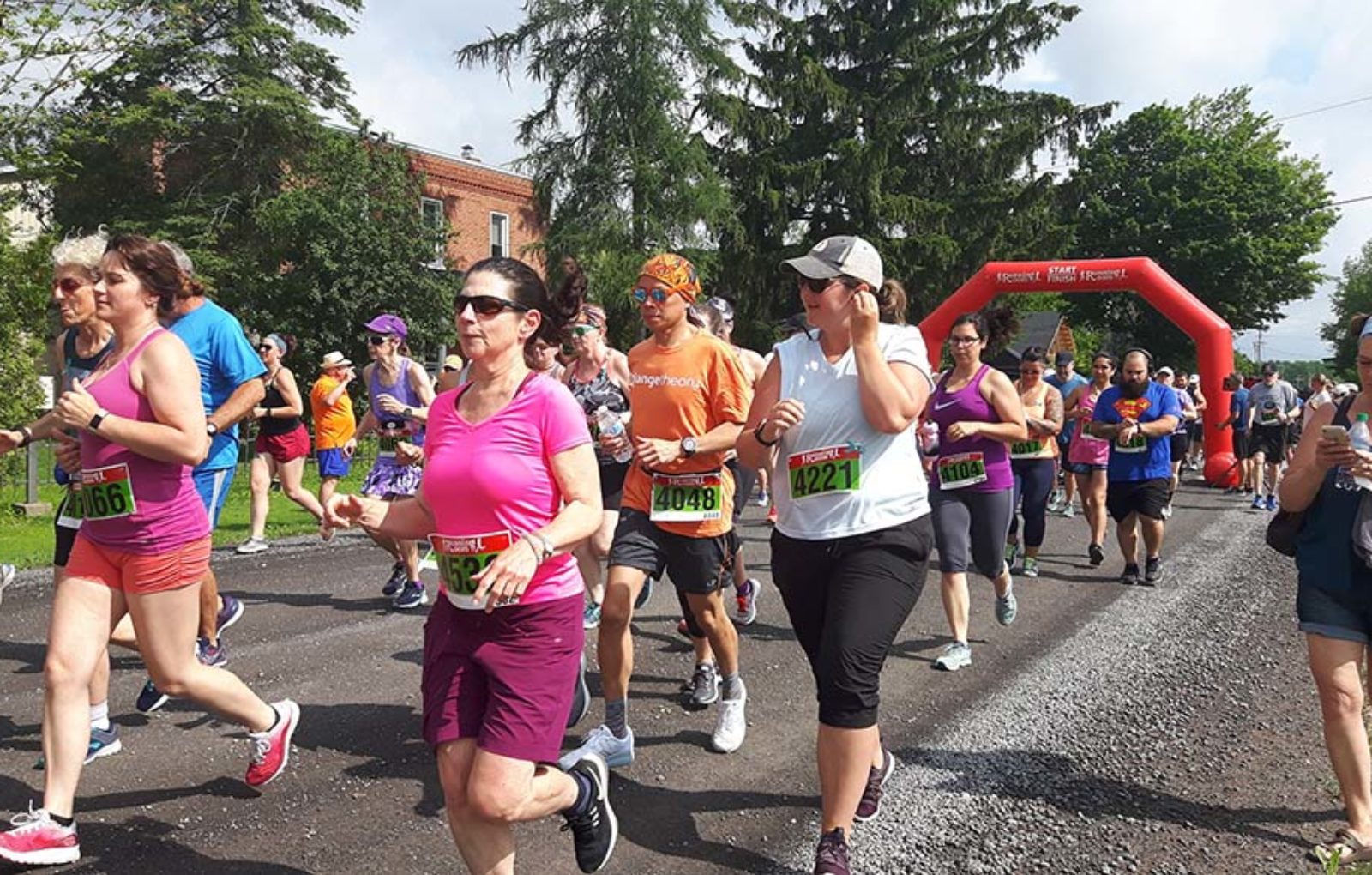 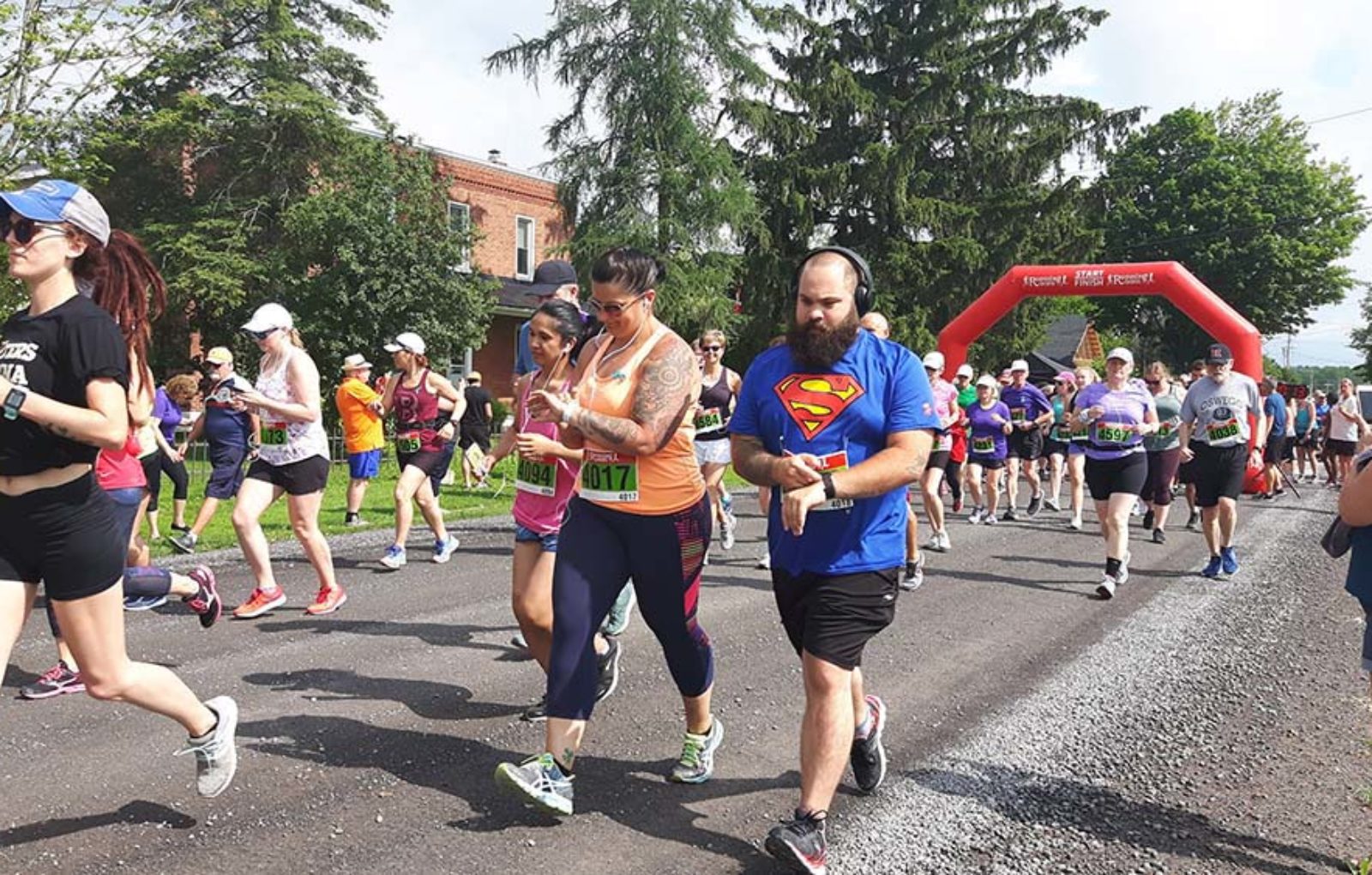 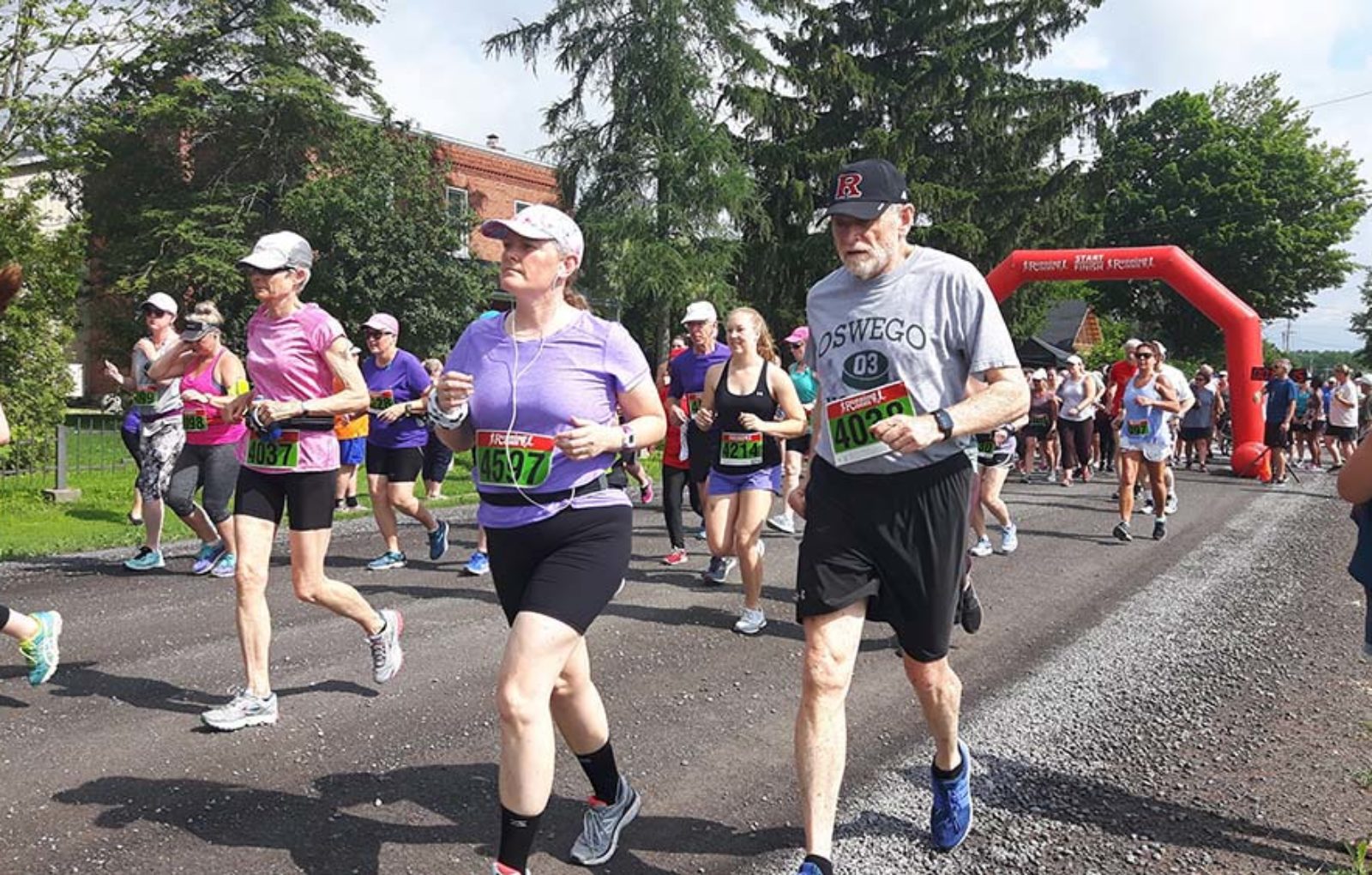 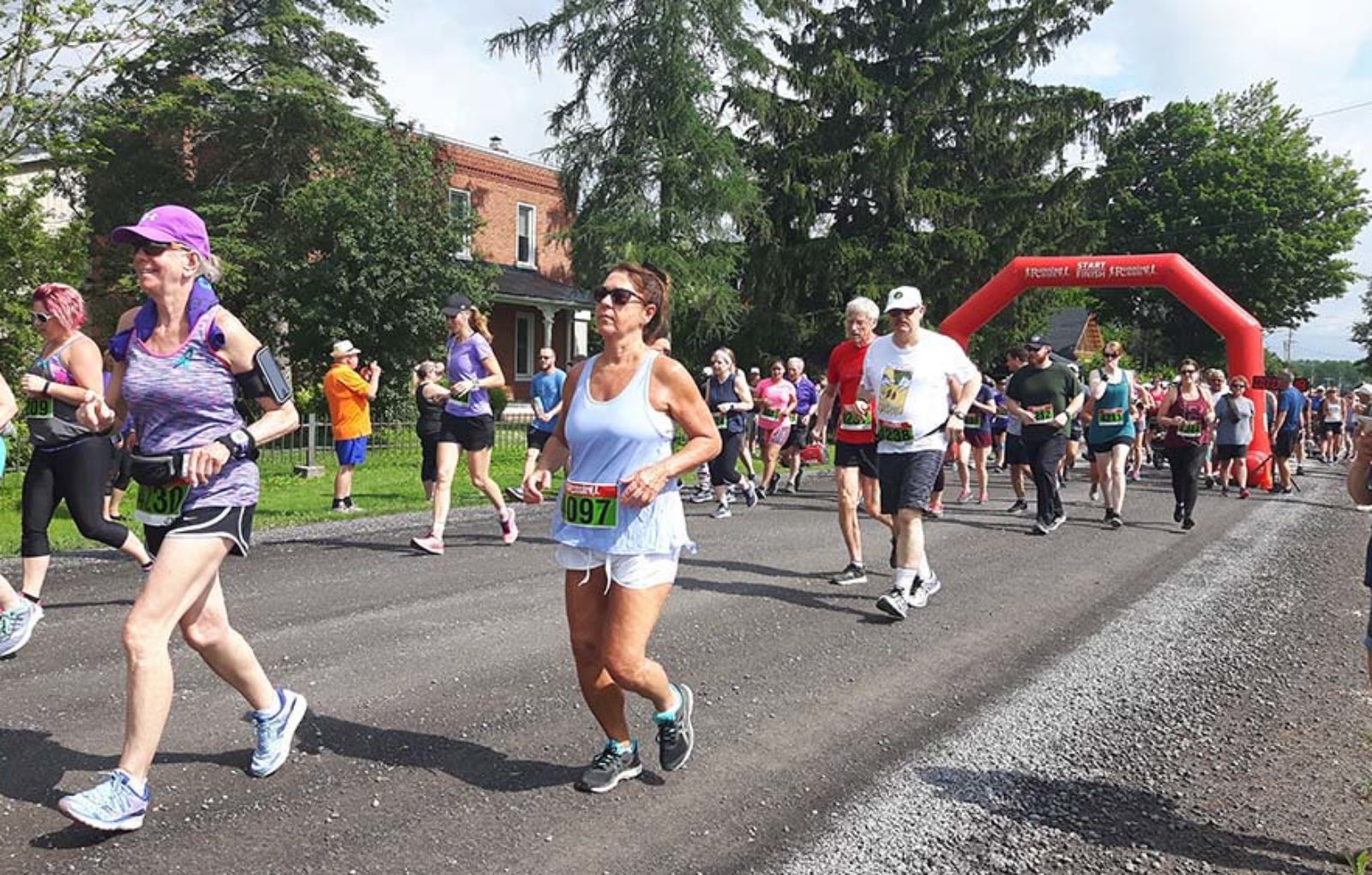 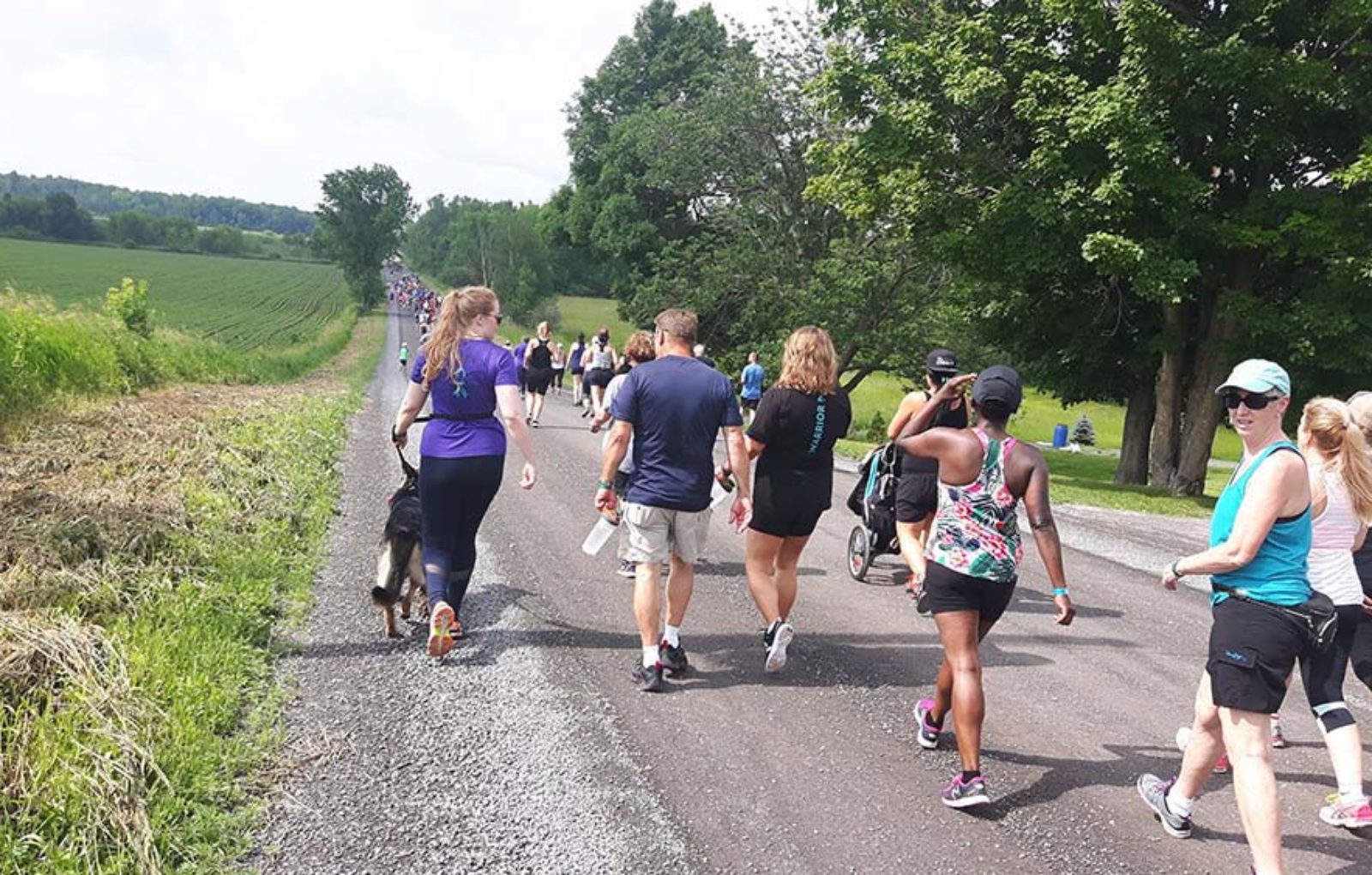 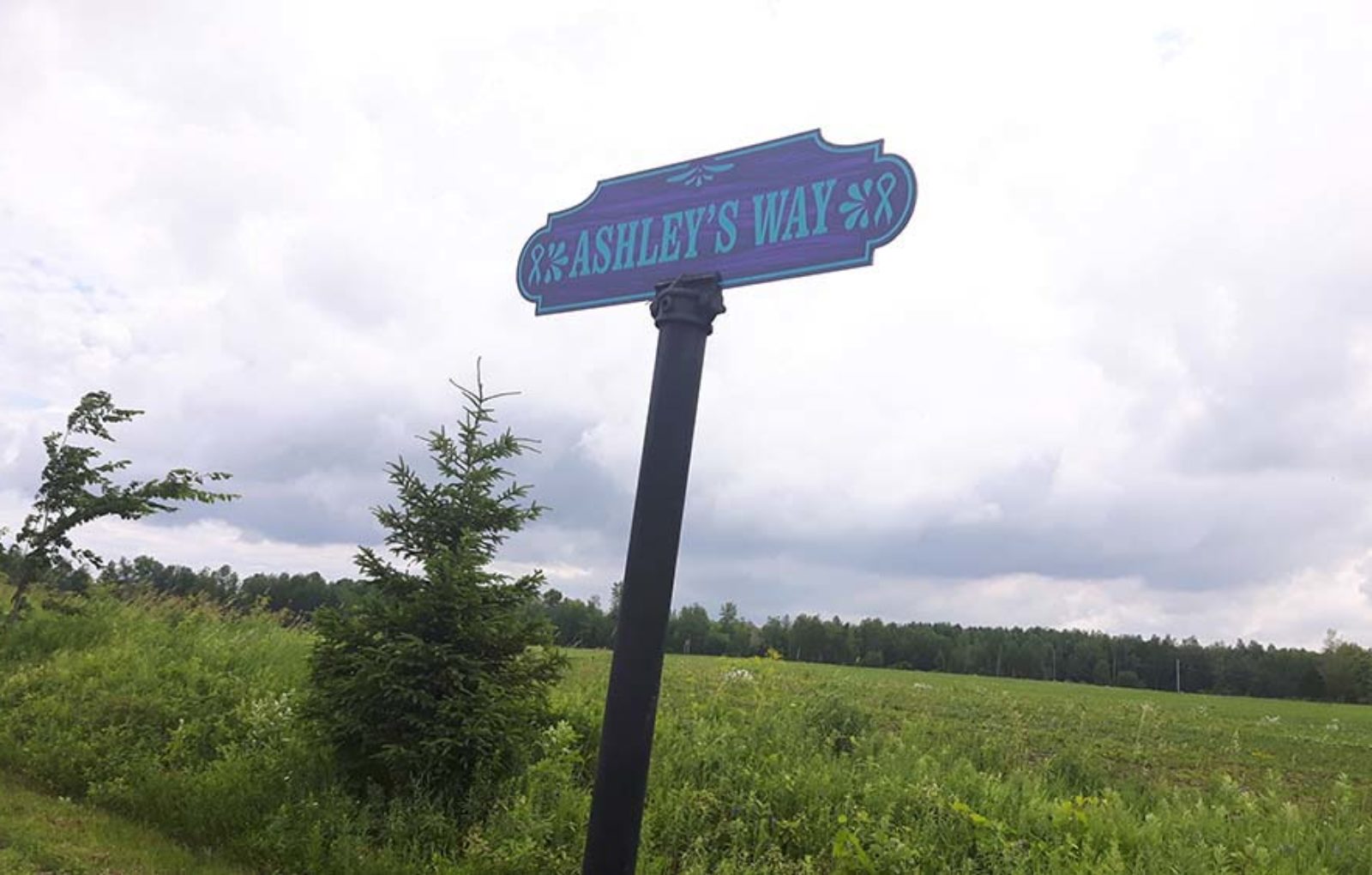 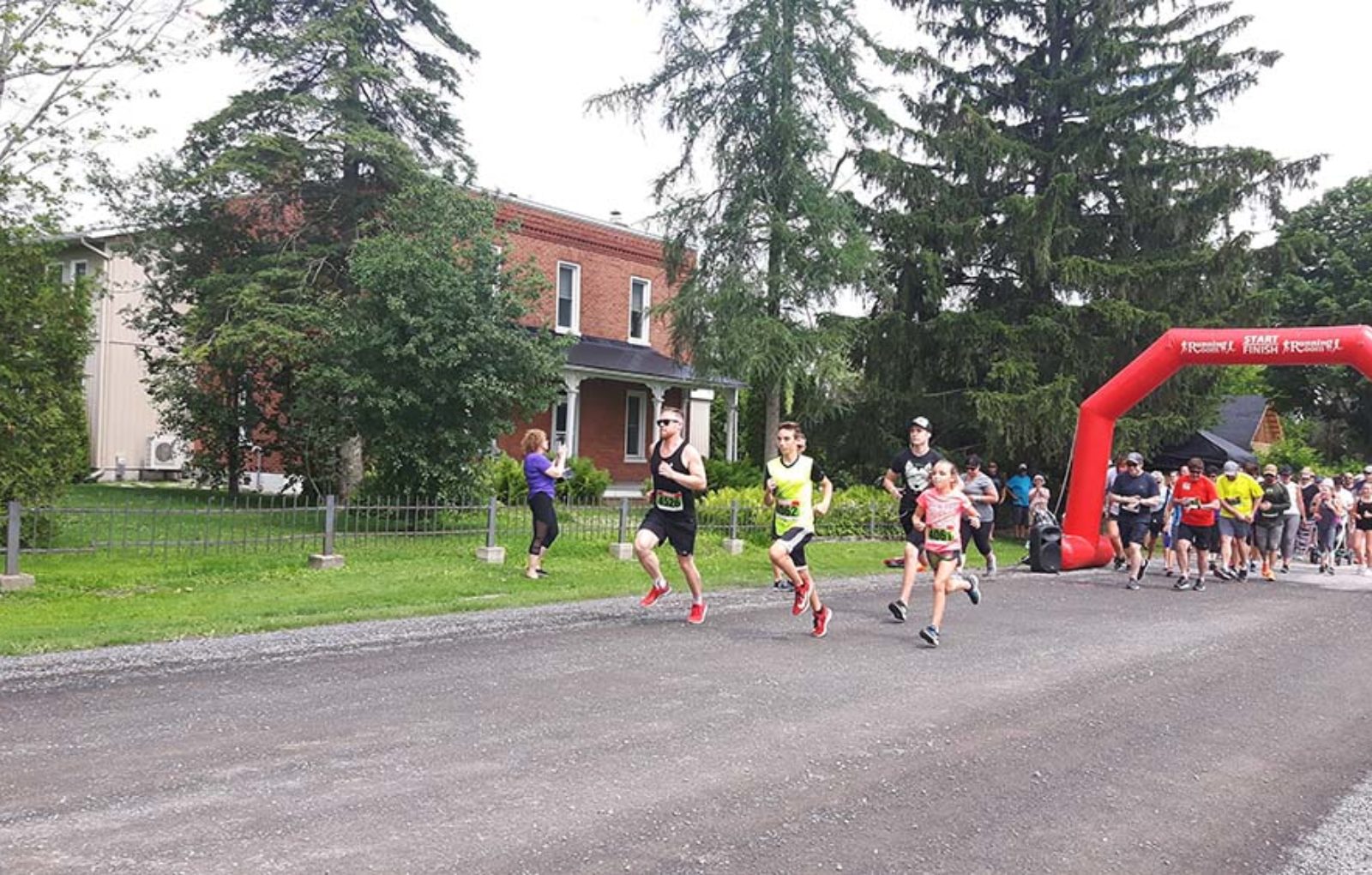 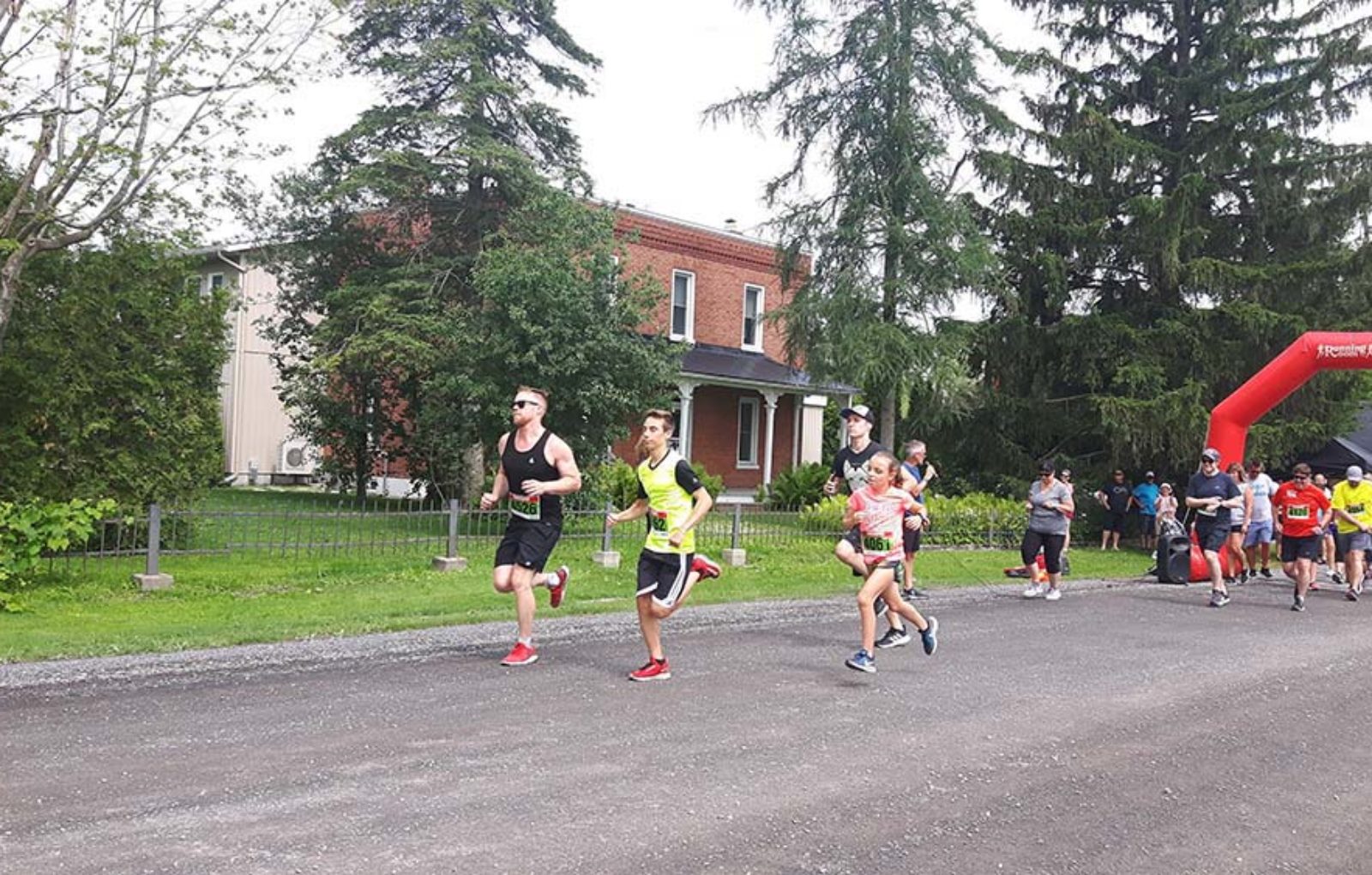 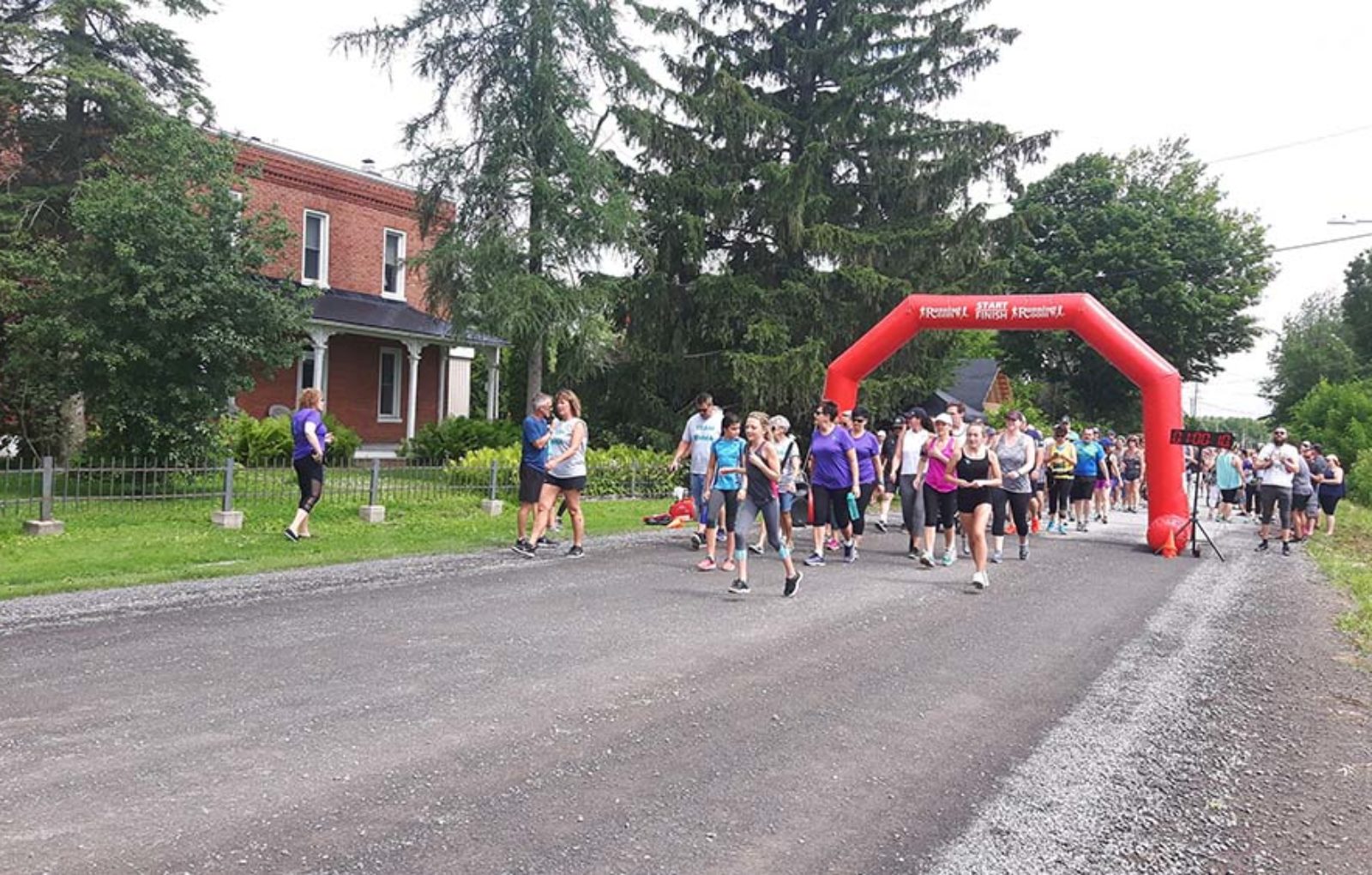 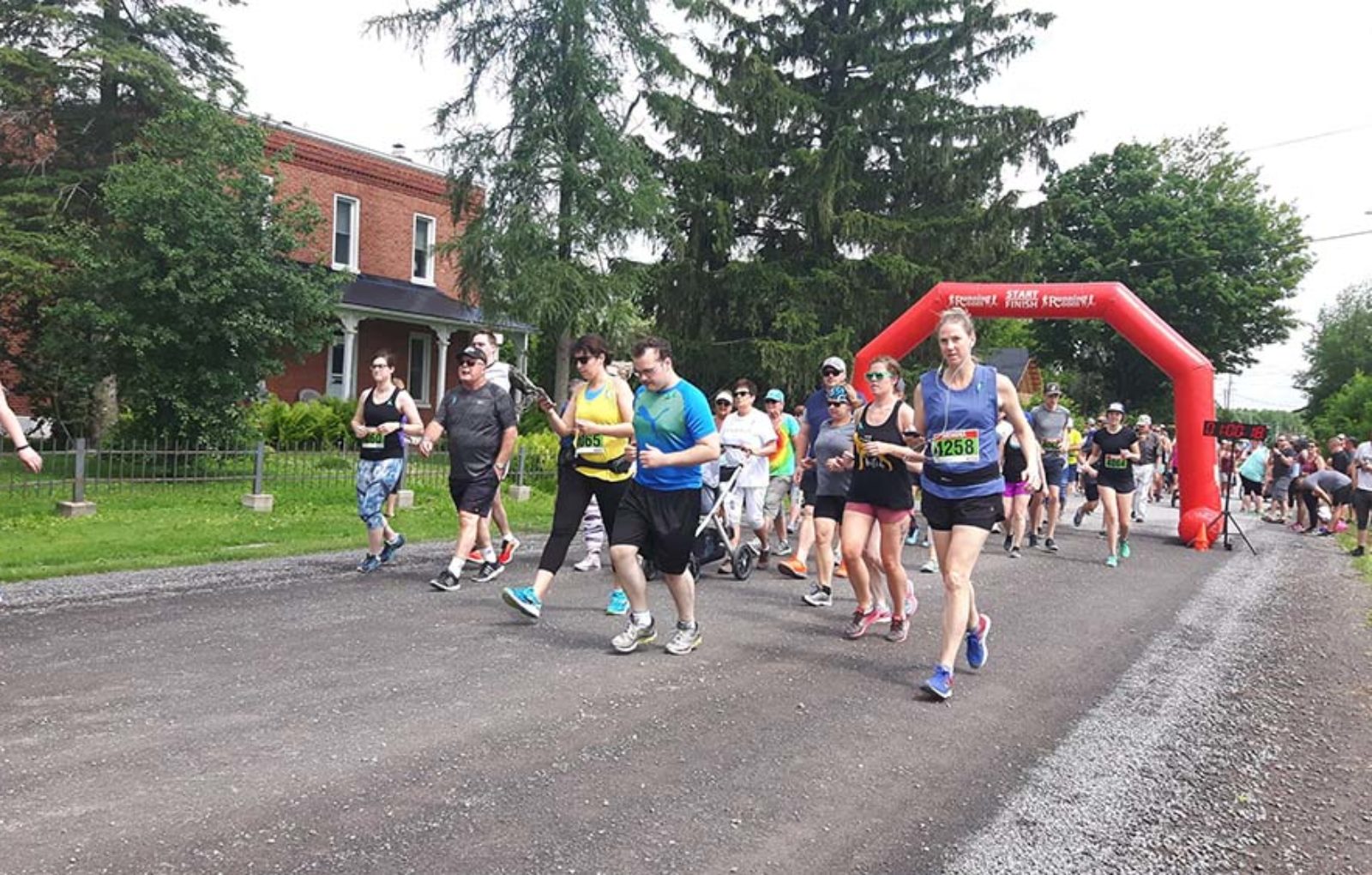 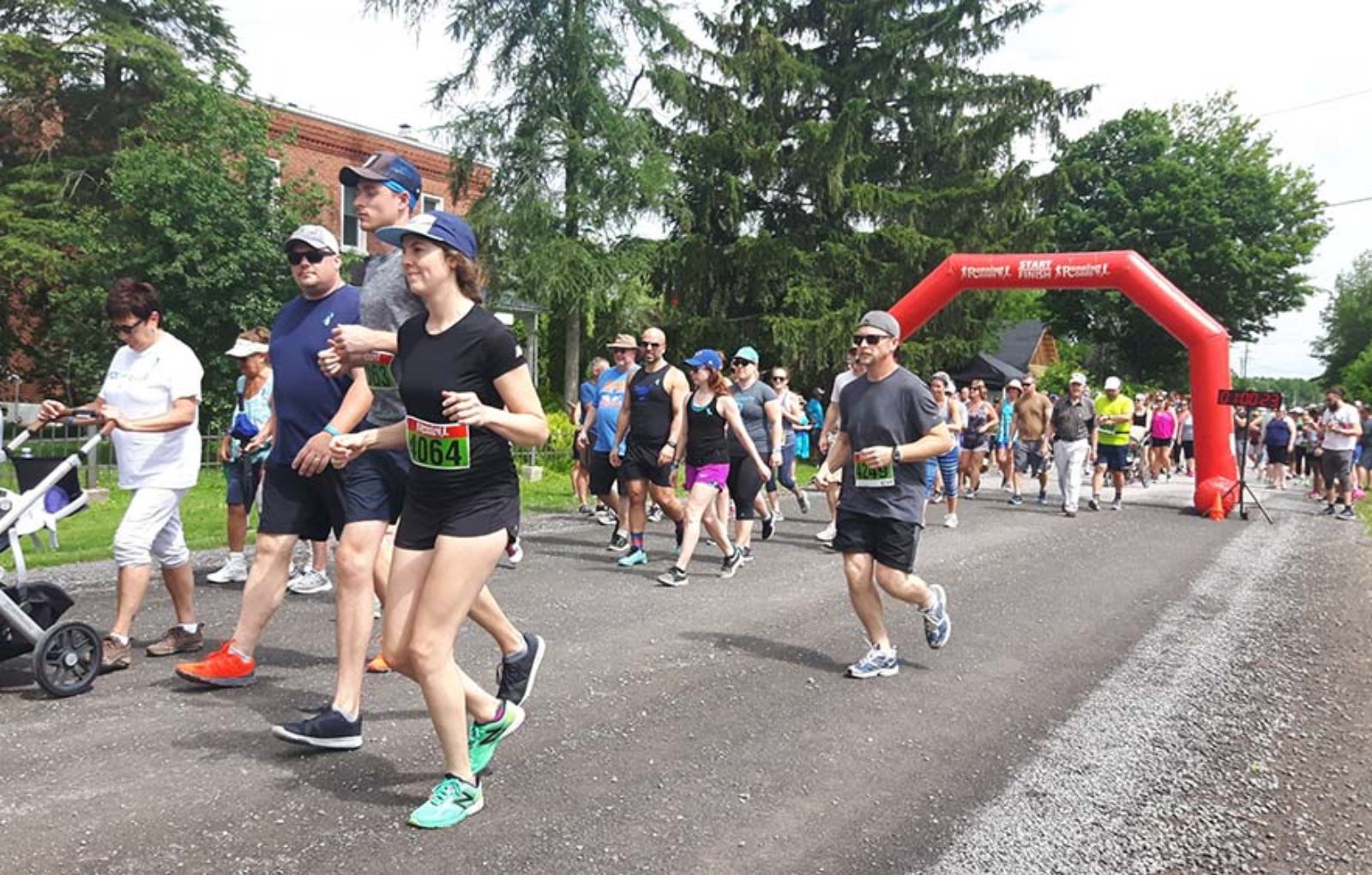 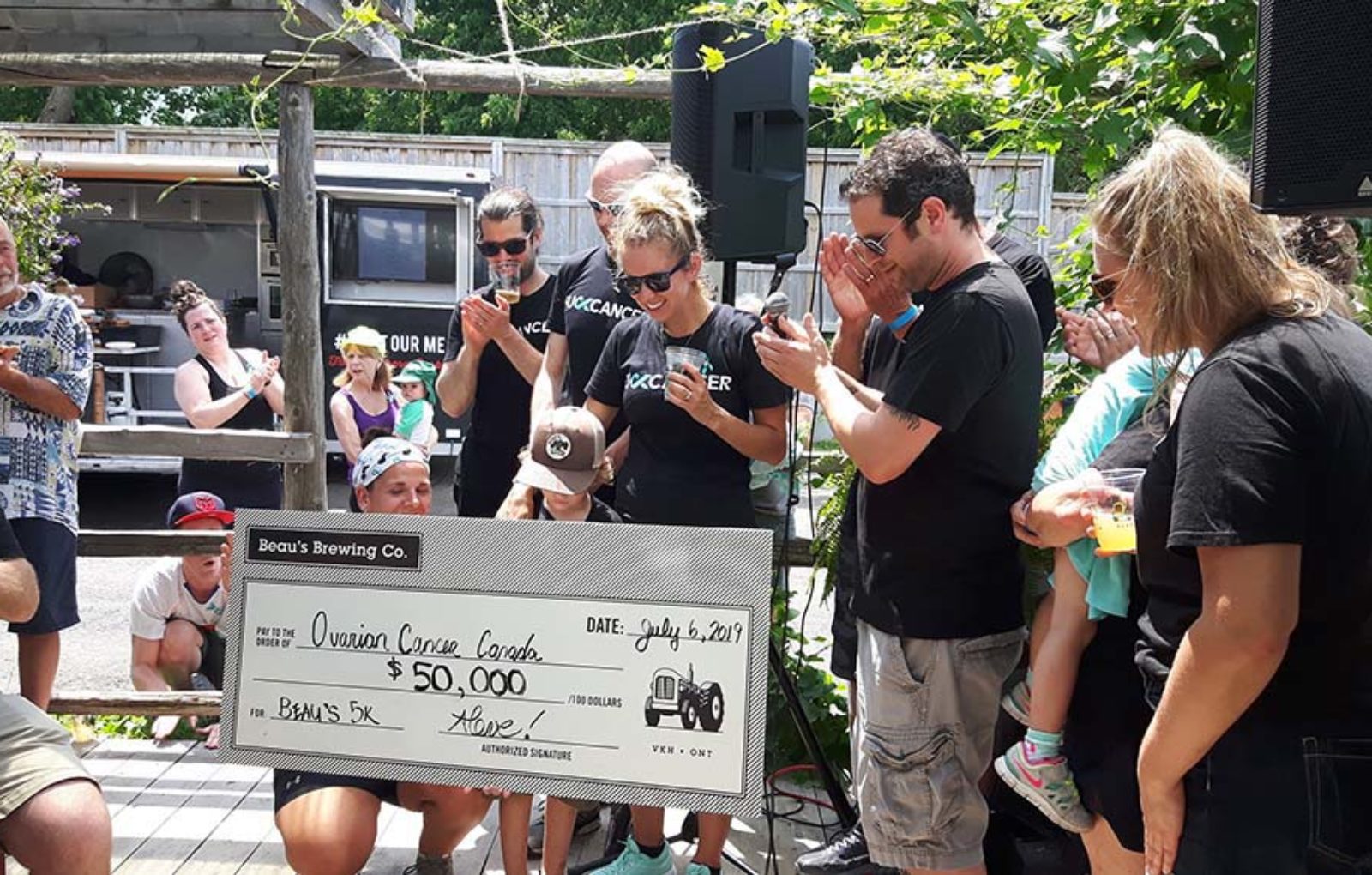 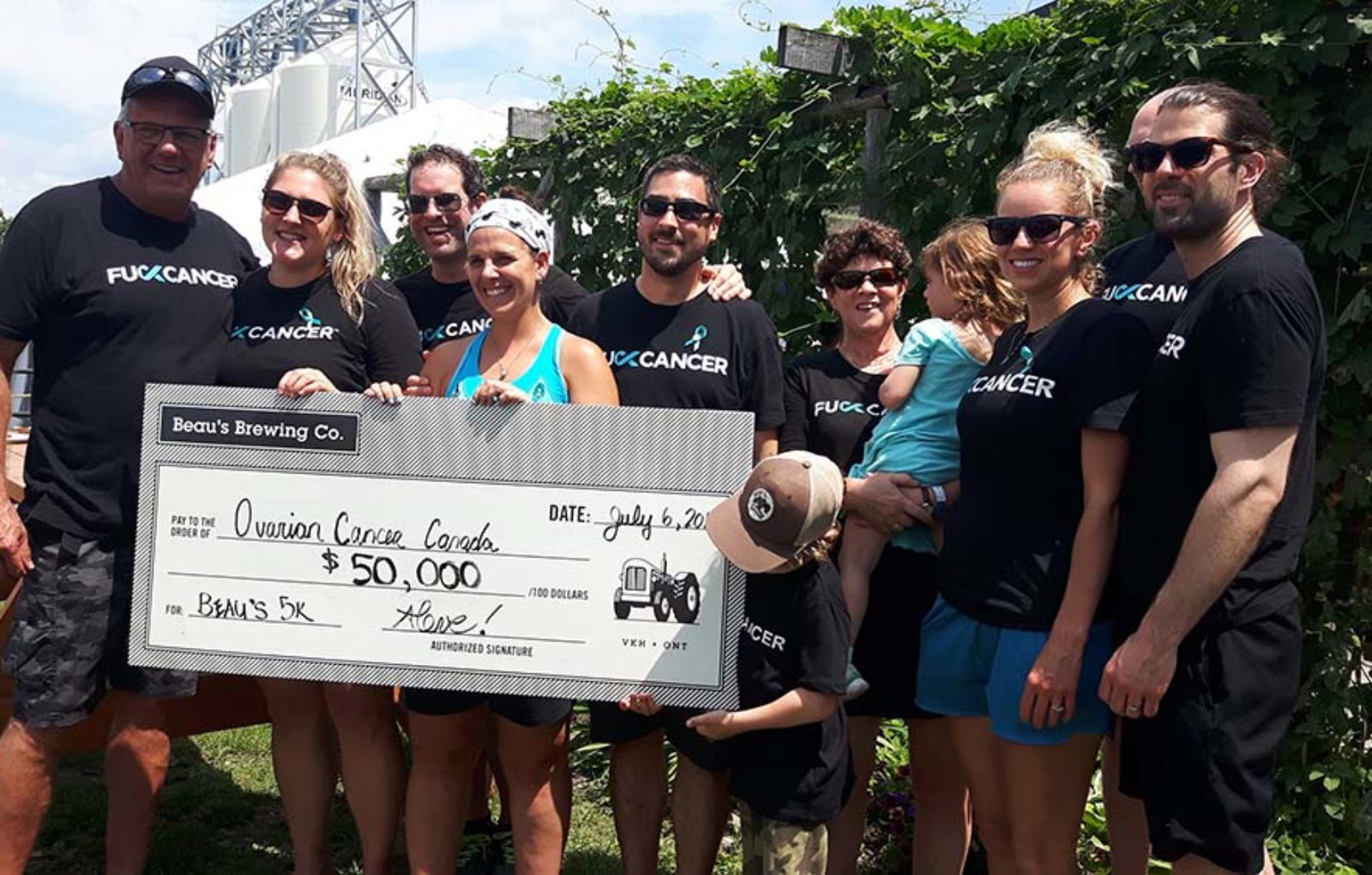 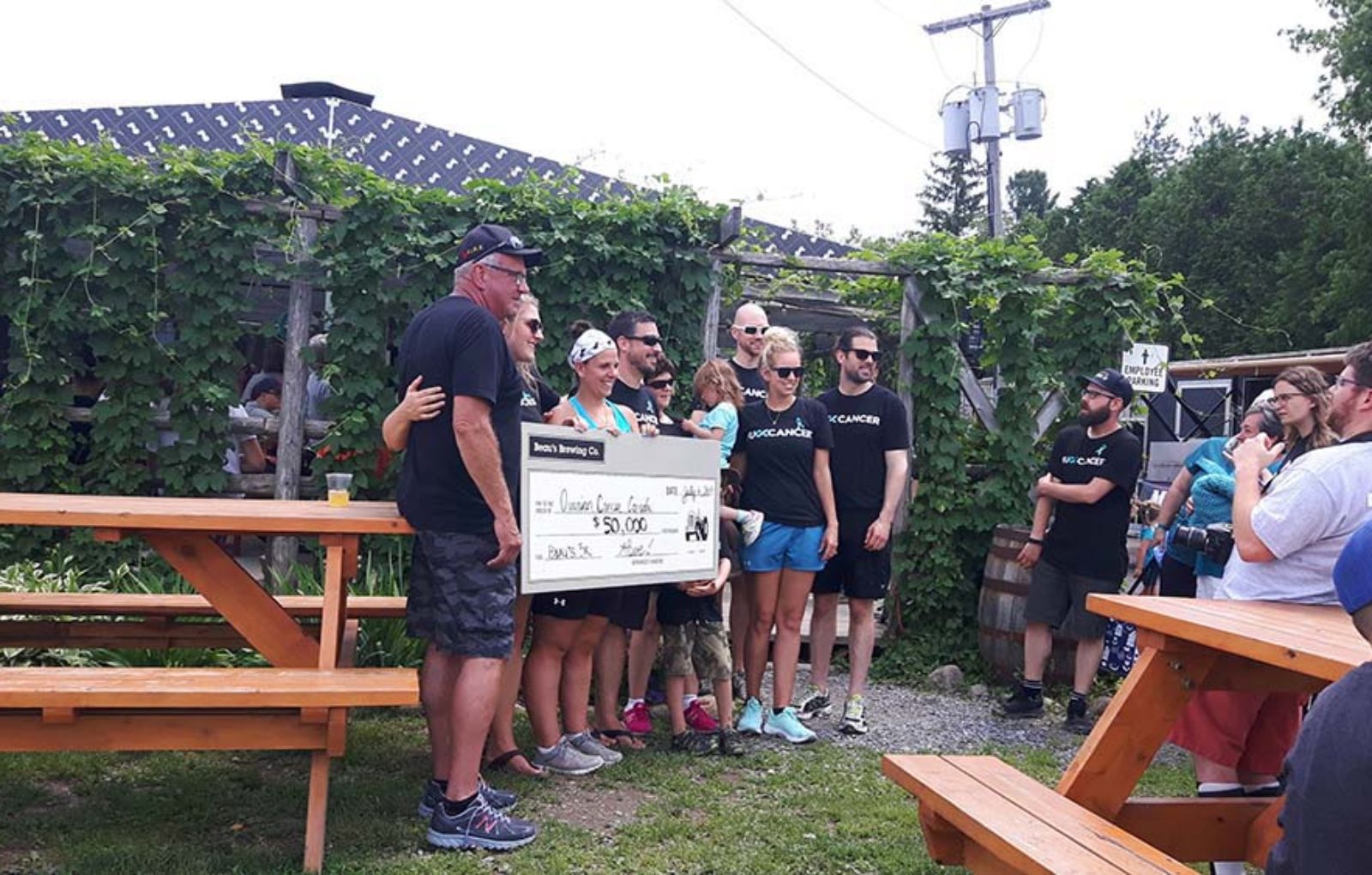 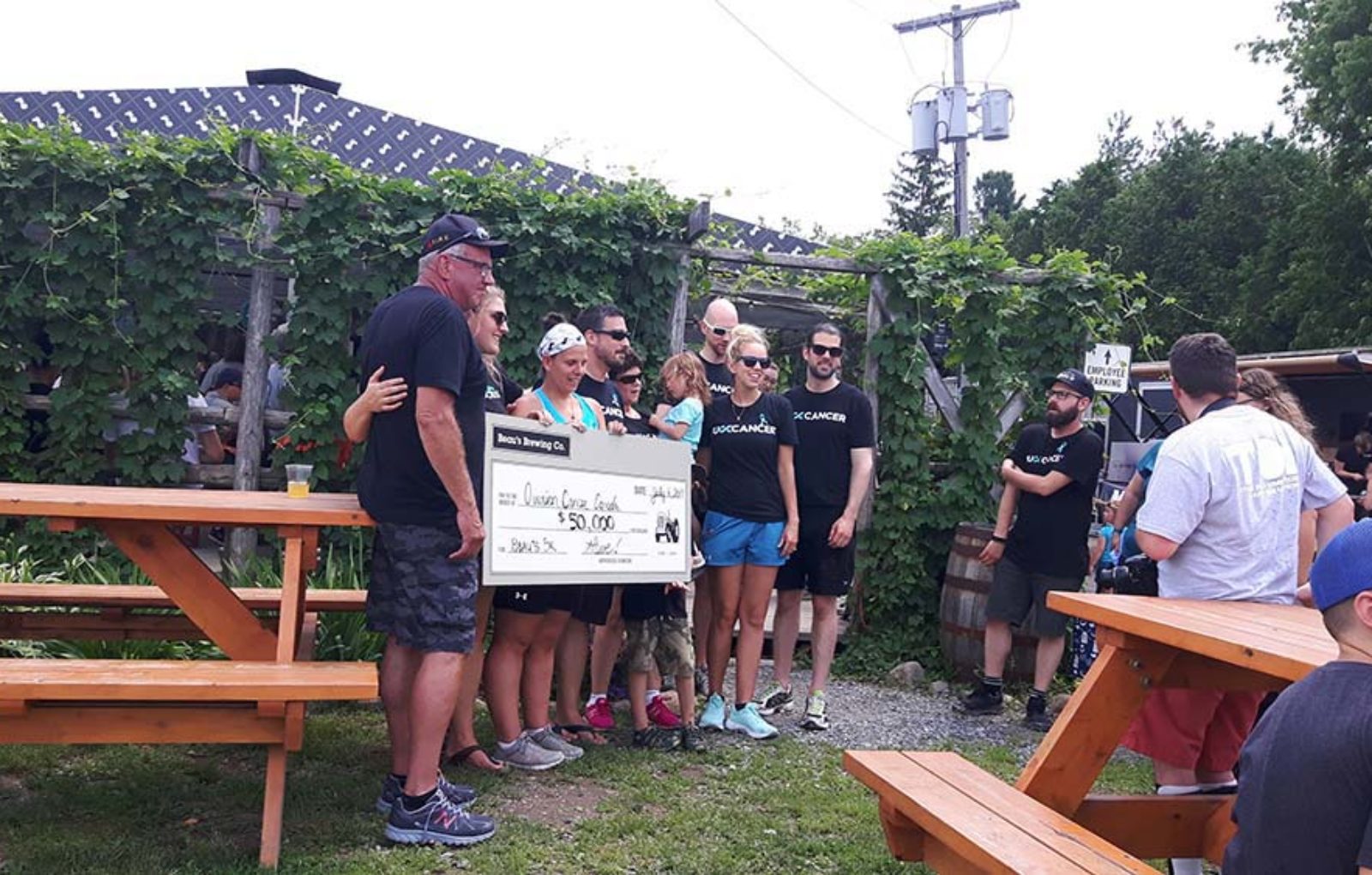 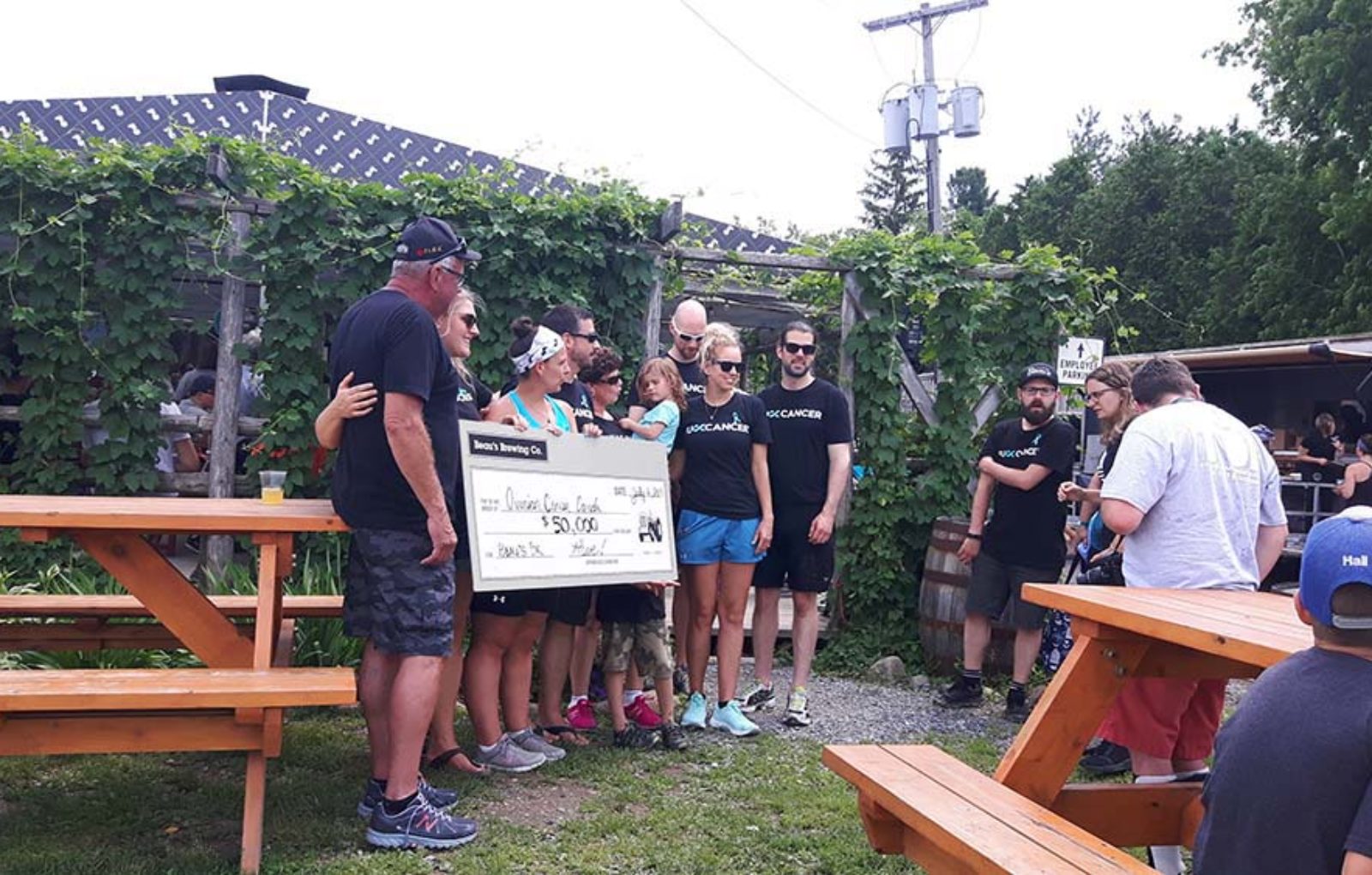 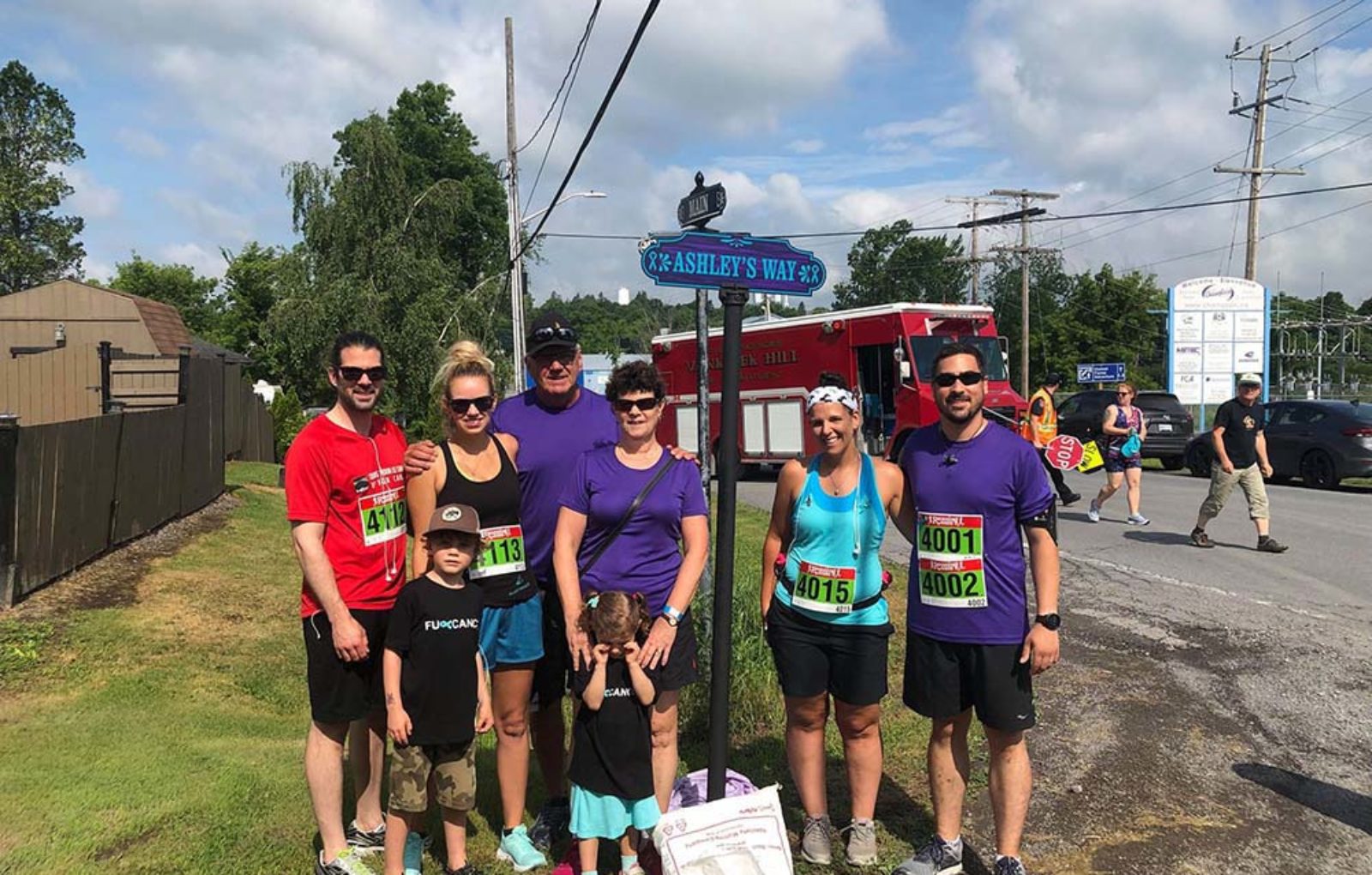