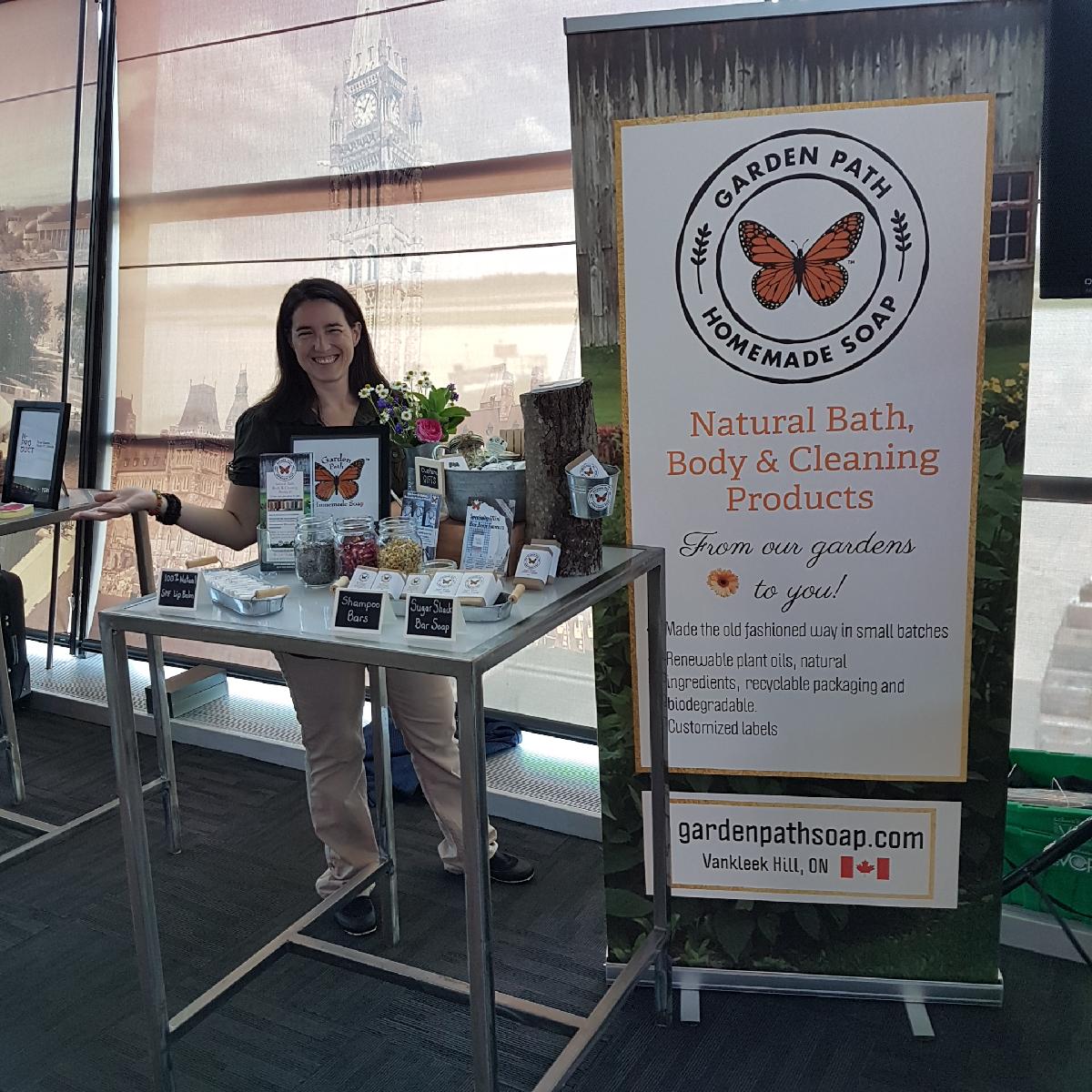 The Ottawa International Airport Authority announced its new Airport Concession Program to employees, partners, and stakeholders on June 27 and a local business was included in that announcement.

Soon, travellers will be able to pick up Garden Path Homemade Soap products at “The Locks” at the Ottawa airport.

CEO and Founder Tara MacWhirter is thrilled that her company’s products will be available at this busy venue.

Multiple years of consultation, design, and a competitive tender process culminated in SSP Canada and Paradies Lagardère being named Master Concessionaires for the airport’s food, beverage, and retail offering. Additionally, global quick-serve giant, Subway, was also assigned an independent contract to round out the program.

Key to the process was ensuring that Ottawa-Gatineau is reflected in the terminal, which was successfully achieved with the following partnerships:

These local brands will join iconic and SSP Canada proprietary brands including:

Local products that will be offered in the Paradies Lagardère stores include:

The concession program is a key pillar in the YOW+ airport enhancement program, along with the pre-board screening checkpoint move from Level 2 to Level 3, Group Germain Hotels construction of the Alt Hotel Ottawa Airport, and construction of the light rail transit station. The $27 million concession construction program, of which YOW will be contributing $12 million, and Master Concessionaires will be contributing $15 million, will be phased over two years. In all, YOW+ represents more than $100 million in investment in the community by the Ottawa International Airport Authority and its project partners.