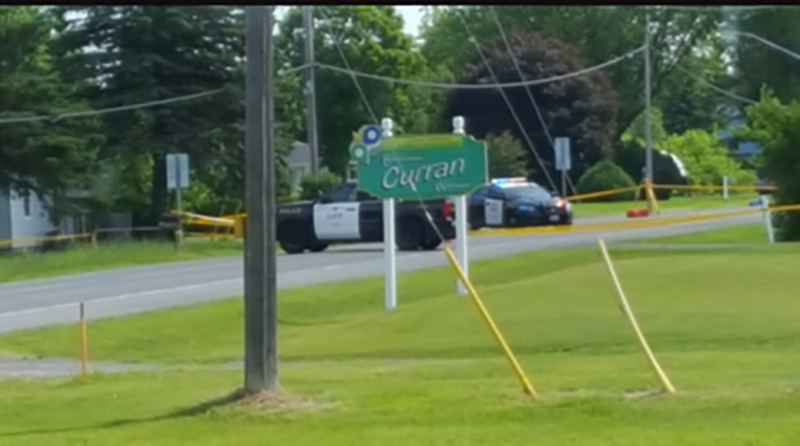 This photo was taken the day after the incident and was shared with The Review.

Two people have been charged in connection with a firearms incident in Curran, which we reported on last week.

They were both released and are scheduled to appear at the Ontario Court of Justice in L’Orignal on August 14, 2019.

A neighbour says she heard two gunshots about 11:45 p.m. and that a man could be heard screaming for help.

The investigation remains ongoing under the direction of Detective Inspector James Gorry of the OPP Criminal Investigation Branch (CIB) with the assistance of the Forensic Identification Services (FIS).

Any person with information regarding the person(s) responsible for should immediately contact the Ontario Provincial Police at 1-888-310-1122. Should you wish to remain anonymous, you may call Crime Stoppers at 1-800-222- 8477 (TIPS), where you may be eligible to receive a cash reward of up to $2,000.