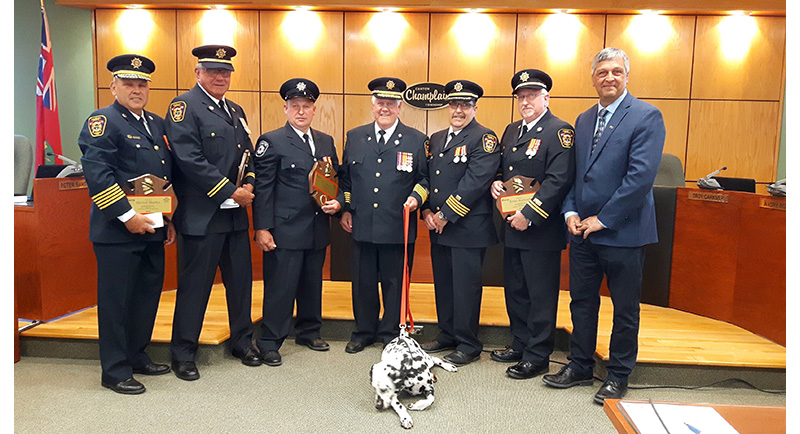 Vankleek Hill firefighters received congratulations and plaques as several of them marked significant milestones in their years of service. Presentations took place as part of the most recent Champlain Township council meeting on Tuesday, June 11, 2019.

After these presentations, Mayor Riopel noted that the firefighters’ spouses are also a part of their husbands’ commitment to their community. Each of the spouses was presented with a dozen roses from the mayor. 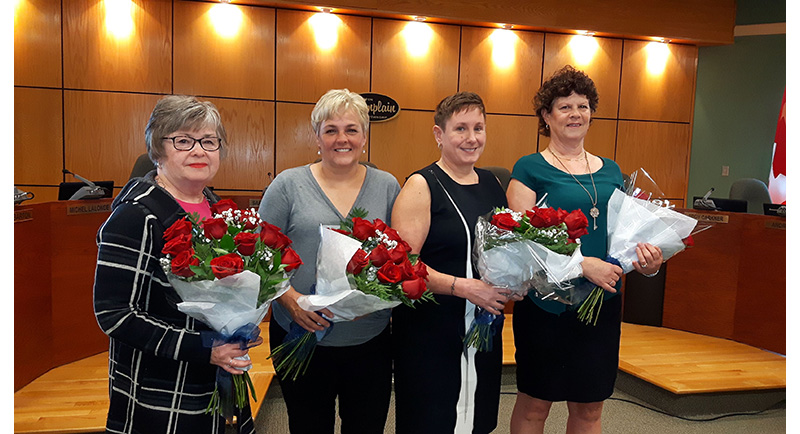