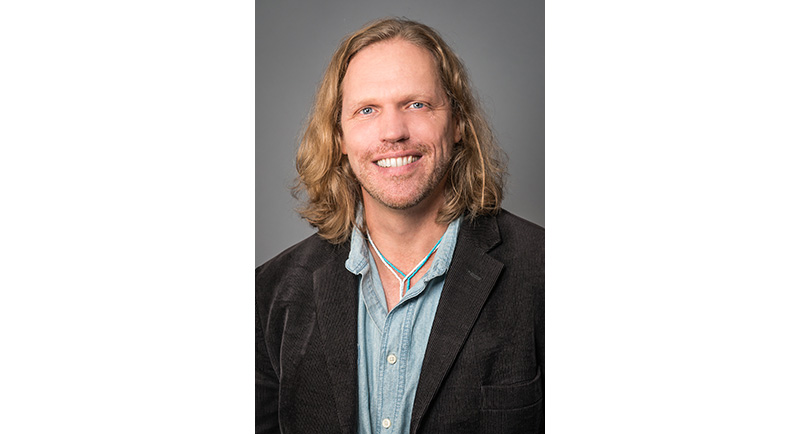 John Lockley is a sangoma, which means he is a traditional medecine man — or shaman — of South Africa.

As a sangoma, Lockley will be making stops in Montreal, Ottawa and right here in Vankleek Hill.

Although his message is about connecting with a consciousness greater than the here and now, he describes it in simple terms: “Do you want to consume the planet or connect with it?”

Lockley explains the unhappiness and listless feeling experienced by so many people today.

Listening to the wind in the trees, connecting with plants and the earth can all lead one to a connection with the planet and an awareness which enables people to lose the idea that the planet and everything on it is here for humanity to plunder.

Describing it as a “plague”, Lockley says we are driven to consume, when instead, humanity should be acting as a guardian of the planet.

As a white South African who studied psychology at Rhodes University, becoming a sangoma was not a straightforward journey for Lockley.

He trained extensively under Zen master Su Bong in South Korea before returning back to post-apartheid South Africa where he spent 10 years in apprenticeship with MaMngwevu, a medicine woman from the Xhosa tribe. He tells that story in his book: “Leopard Warrior – A Journey into the African teachings of Ancestry, Instinct and Dreams.” It is in the telling of this story in his book and in person that Lockley says he can help other people connect to their humanity, to their ancestors and to their dreams.

Setting aside a consumer-driven life, connecting to one’s deepest consciousness and the planet is called “re-wilding”, according to Lockley – which is all part of our indigenous spirit.

“We all meet in the same place. It doesn’t matter what colour your skin is,” Lockley says.

As Lockley travels and hosts workshops, educating others and helping them to reconnect with their ancestors and with nature, he refers to the hungry ghost that he says lives inside of us.

“As we become aware of our continued wanting, our greed — we ask where does that come from? Why are we not satisfied within ourselves?”

Looking deeply inside oneself can actually make us feel worse for a while. “Sometimes, in my workshops, people start to feel terrible as they witness their hungry ghost. It can be very emotional for people to feel their shadow and a reaction can be that people think it is not right if they feel terrible,” Lockley says.

But an important part of the work is to look at the internal grief, sadness, or shadow and to accept it as part of yourself, without blaming anyone else.

“As we educate ourselves, we can become more empathic, more sensitive and more intuitive even as we are aware of our own shadows, our own sadness and grief. Our shadow feelings cannot stop us from the work of going deeper,” says Lockley.

Returning to the idea of the “hungry ghost”, Lockley says connecting to one’s ancestors, learning to live in nature and not above it, and dreaming can “re-wild” us, or connect us to our soul and our humanity.

For Lockley, it was the Botswana, South African connection to the spirit and ancient wisdom, but he knows that this same path is being pursued in different places and in different languages as Zen, Buddhism, or indigenous North American shamanic practices.

Baliddawa, who is trained in Directed pressure/Dynamic Energy Therapy and also Core Shamanism, attended a session with Lockley after she came across his book about a year ago.

When Baliddawa noticed Lockley was coming to Canada to do some divinations and workshops, and she knew that she had to attend.

“My grandfather was a medicine man and I knew that, but my family had kind of left that behind. I moved to North America and that shamanic part of our family history was not present for us,” said Balidawwa.

She had a divination (private session) with Lockley, then attended a talk and a two-day ceremony and says, “I don’t know what happened to me, but the first day, there was a plant ceremony and after that, I went back to where I was staying and I had the deepest sleep, like I have never had before or since,” she said. “One of my dreams was that I had to work with John. I really felt that I connected with my tribe within,” added Baliddawa.

“What struck me about Lockley was that he was so humble, so present — it is hard to explain, but he is exactly what he says,” Balidawwa explains.

Baliddawa, who has worked as an accounting clerk for 20 years, said that although she turned to alternative medicine when raising her family, she only approached alternative healing in a structured way a few years ago, and started offering sessions using Directed Pressure/Dynamic Energy therapy as well as shamanic practice after formal training.

“This was like a knock on the door,” she said, explaining that her father was a diplomat in Africa and that colonialism overwhelmed the native culture.

“Modern medicine, formal education . . . we were taken out of that (indigenous) environment. Everything was scientific, logical; other things were called black magic,” she recalled.

Re-educating people that shamanic practices are beautiful and sacred is another of Lockley’s goals. He knows that over the years, this kind of work has been “demonized” and says that he has had people emerge from his workshops saying they had not realized what this ancient wisdom was really about.

“Wisdom-keepers are not given the respect they deserve,” Lockley says.

And so, Balidawwa in recent months, has worked with Lockley to include a stop in Vankleek Hill when he is in Canada this summer.

Her practice, called “The Healing Place”, is presenting a few healing events at Zudio in connection with Lockley’s time in Vankleek Hill.

A talk (African Journey with Ancestors, Nature and Spirit) that is open to the public will take place at Zudio on August 9, from 7 to 9 p.m. This talk is open to everyone and tickets are $30 per person.

There will be an opportunity to buy John’s bestselling book, “Leopard Warrior” & audio teachings “The Way of the Leopard”, both produced by Sounds True.

The two-day ceremony will take place on August 10 from 1 to 7 p.m. at Zudio and on August 11 from 10 a.m. to 2 p.m. There are only 30 spaces available for this two-day session. The cost is $275 per person, or $250 for the earlybird price, available until July 10. Note that participants who sign up must attend for both days. Tickets are not available for individual days. Participants will need to bring a foot basin, towel, snacks and beverages for the event.

Lockley will be available on August 13 and 14 for divinations and plant healing sessions. To make an appointment for a private healing session, please contact Miria at 613-677-9422 or email: [email protected]

And more about the world’s ecology and what will come next for Lockley:

Southern Africa is experiencing poaching on an unprecedented level, with animals like the Rhino being threatened with extinction, new solutions are being sought to preserve not only the African wilderness but the entire planet.

Lockley brings wilderness teachings based on one of the oldest shamanic cultures in the world, the sangoma people from Southern Africa. He calls his teachings the ‘Way of the Leopard’ and involve teaching the modern person indigenous technology and how they can connect to their natural intuition, their wildness, and in so doing reconnect with their humanity. Lockley says, “when people are connected to their spirits then their life purpose becomes clear and they act in more altruistic ways to help rather than hinder life on earth

A key question posed by environmentalists is how to stop poaching and bring more awareness about the fragility of the environment.

What is clear is that wilderness areas around the planet are shrinking at an alarming rate.  As a traditional African healer/ shaman trained in the old ways John teaches people how to reconnect to their inner wilderness; their dreams, ancestors and Soul. His ceremonies and talks are a magical journey to a forgotten world filled with stories, drumming, African chanting and techniques to help the modern person remember how to turn on their intuition, and like the leopard commune in harmony with nature.

Lockley’s new project involves a retreat in the Kalahari desert next year called ‘Dreaming & Tracking’ in the Kalahari. His guests will be Khoi-San/ Bushmen elders. People will learn how to Dream and connect to their Ancestors, as well as animal communication skills and the language of birds.

Lockley believes that the key to our collective human survival involves learning indigenous skills so we can learn to commune in harmony with nature rather than plunder her scarce resources.

He has a vision of ancient and modern man sitting around a fire re-visioning our future. His retreat next year in the Kalahari will be the first of its kind and he hopes will spread a message of hope.