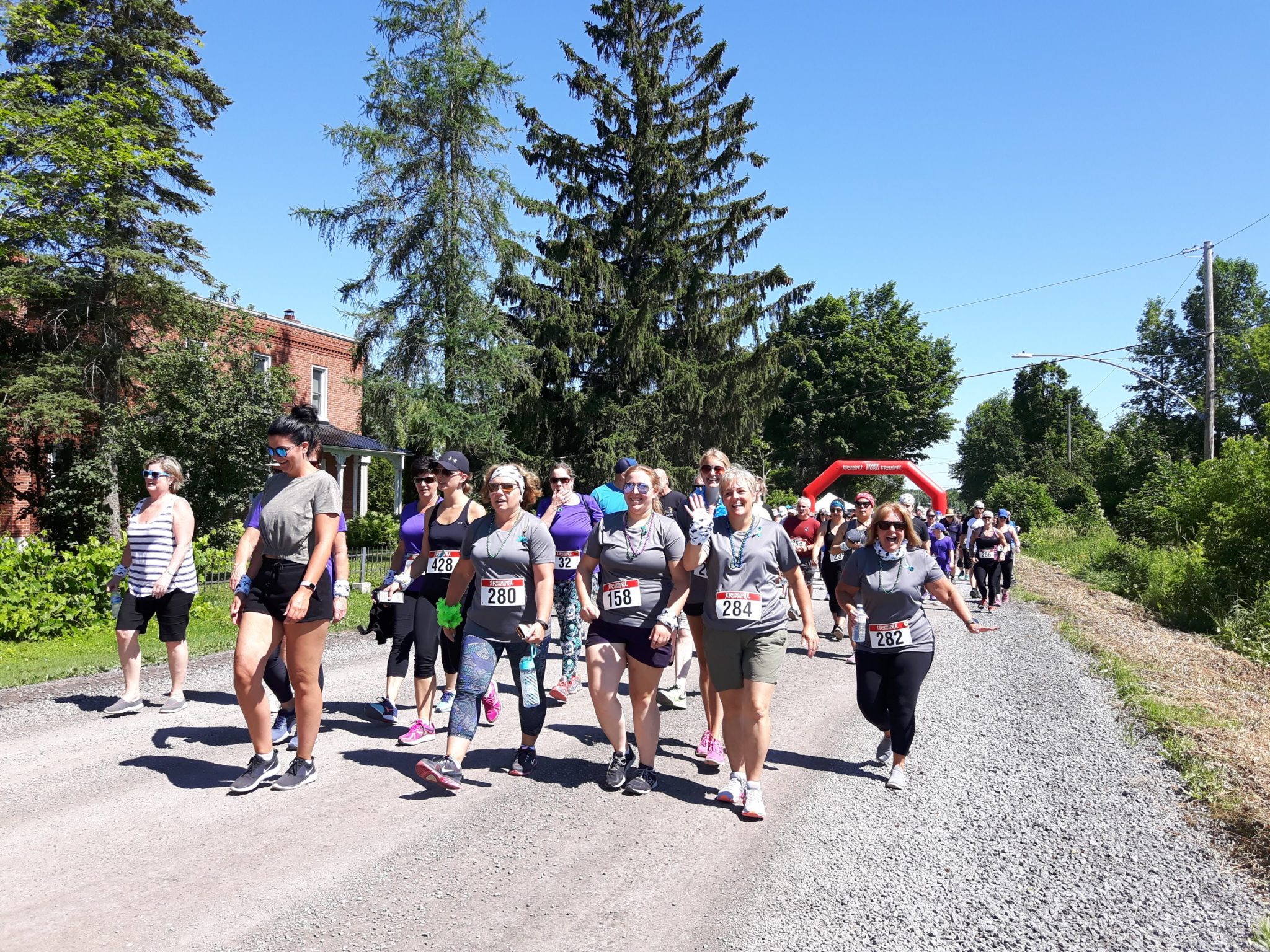 Runners are seen here at the start of the 2018 Beau’s Walk for Ovarian Cancer. File photo

The Beau’s 5K for Ovarian Cancer Canada will take place Saturday July 6, 2019, and registration opens May 8, which is World Ovarian Cancer Day. Now in its fifth year, last year’s edition of this popular event organized by local brewery Beau’s had 400 participants and raised $70,000 for the cause.

Participants can sign up for the race with a $40 donation to Ovarian Cancer Canada and can set up personal or team fundraising pages as well. The event starts and finishes at Beau’s Brewery and takes place rain or shine. This year there is a choice of 3K, 5K and 10K distances, which can be done as a walk or a run. Beau’s treats of-age finishers to a tasty glass of Lug Tread at the brewery after the race. Sign up before June 1 to receive a special Beau’s 5K souvenir.

The Beau’s 5K for Ovarian Cancer Canada is inspired by Ashley Courtois (Cowan), whose friends and family started the race in 2015. The event started small but grew each year during Ashley’s three-year battle with ovarian cancer. Ashley succumbed to her cancer in 2018, but Beau’s continues the race in honour of her spirit and strength, and her love of running. To date, Beau’s 5K for Ovarian Cancer Canada has helped raise a grand total of $115,000 for the national charity and its work.