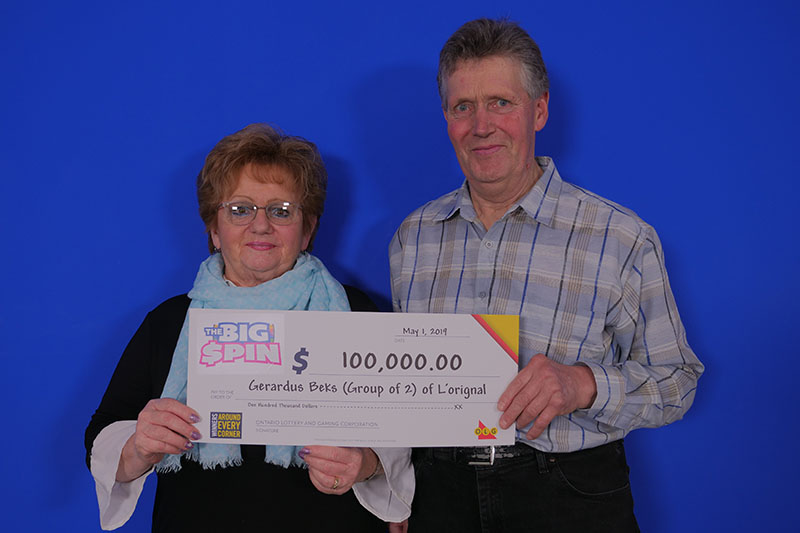 “It’s unbelievable, and a very nice feeling,” shared Gerardus, 65 and his wife Diane, 63, while at the OLG Prize Centre in Toronto to pick up their winnings.

Diane discovered their windfall after playing the ticket and checking it at the convenience store. “I couldn’t believe it!” laughed Diane.

“You never think you’re going to win on one number!” Gerardus concluded.

The winning ticket was purchased at Depanneur Liz Hughes/MacEwen L’Orignal on King Street in L’Orignal.