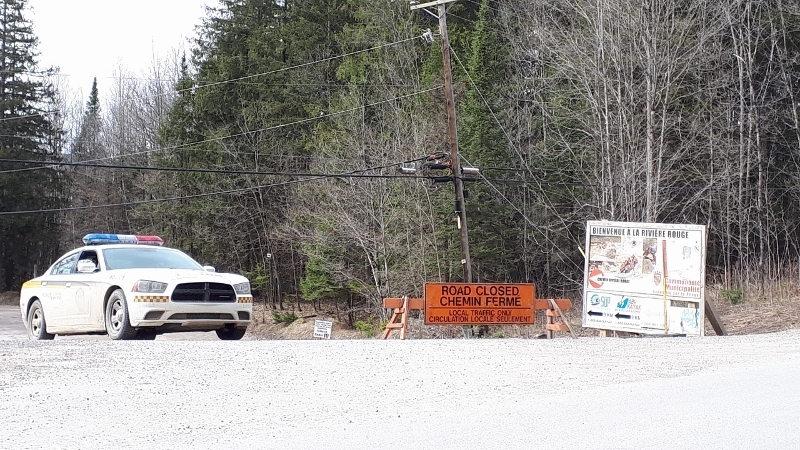 The state of emergency in Grenville-sur-la Rouge remains in effect, and according to Mayor Tom Arnold, it will stay in effect until safety along Rivière Rouge south of the Bell Falls dam can be assured.

“It’s going to stay on until such time we’ve got confirmation from Hydro-Québec the dam is secure,” he said late Monday afternoon.

High water levels on the river prompted an emergency evacuation of approximately 60 residents living downstream of the decommissioned power dam on Thursday, adding to the already-serious flooding situation on the Rouge and other rivers in the region.

“It was Hydro-Québec’s call to have the valley evacuated,” was Arnold’s response to why the evacuation happened and the subsequent declaration of a state of emergency by the municipality.

The mayor said that initially on Thursday, the report was that the dam had actually failed, and a deluge of water was headed downstream, but that information was incorrect.

Nearby in Grenville, there was also a false report that the Long Sault Bridge was going to be closed due to approaching floodwaters.

Hydro-Québec engineers were evaluating the dam on Monday and Tuesday and the mayor said no one is being allowed back into the danger zone.

Repairs will be done to roads in the municipality only after the water recedes, he said.

There is a heavy police presence in the southern part of Grenville-sur-la Rouge right now.  The Sûreté du Québec is ensuring properties are kept safe from trespassers, and from residents attempting to return home without authorization.  Officers are blocking the entrance to Chemin de la Rivière Rouge at Chemin Kilmar and are also parked near the Rivière Rouge bridge on Route 148 in addition to patrolling throughout the danger zone.

Ministère des Transports du Québec staff are stationed near the Route 148 bridge and along Autoroute 50.  Arnold explained that if the dam did fail, the transportation department would immediately close both highways in case the rush of water downstream affected the bridges.

Arnold did not want to speculate on the future of the Bell Falls dam and what could be done with it once the current emergency is over.  Even though electricity is no longer being generated at the site, it remains under the ownership of Hydro-Québec.

Meanwhile, the inside of the Grenville-sur-la Rouge municipal building has been transformed into an emergency command centre.  Access to the building is restricted.  Police and the fire department have taken over the council chambers and now charts and information are posted inside this control room.

Grenville-sur-la Rouge council recently passed a zoning amendment to protect recreational activities on Rivière Rouge further south.  Hydro-Québec is planning to sell other land it owns along the river and the municipality wants to ensure the river is still accessible for whitewater rafting, canoeing, and kayaking.  The Bell Falls Dam is not located on that land.

Several houses in the Pointe-au-Chêne area are also threatened by flooding along the Ottawa River shores.

Municipal employees and volunteers helped fill 26,000 sandbags that were put in place to secure the homes by Monday, and there were plans to fill and install another 10,000 sandbags.

Grenville-sur-la Rouge has introduced a two-week grace period for the payment of the second installment of municipal property taxes. The installment due on May 2 is postponed to May 16th and could be extended if needed. 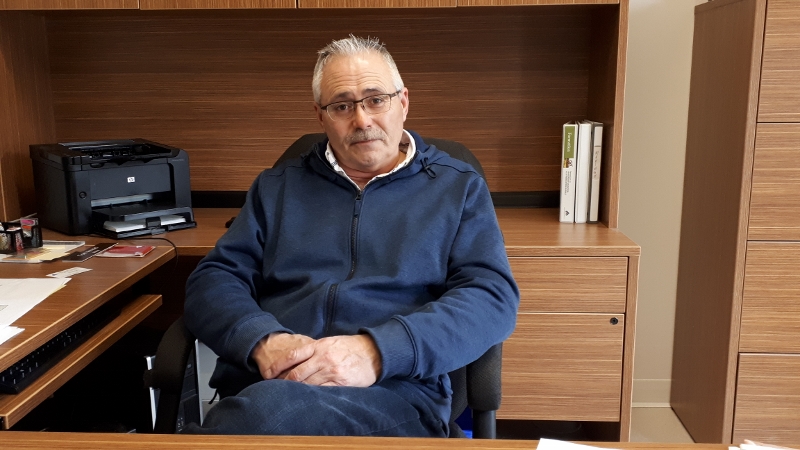 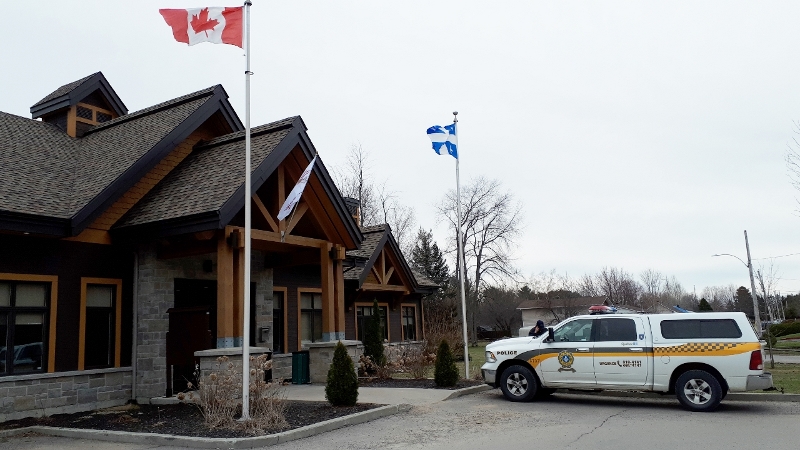 The Grenville-sur-la Rouge municipal building is being used as an emergency command centre during the state of emergency. Photo: James Morgan,