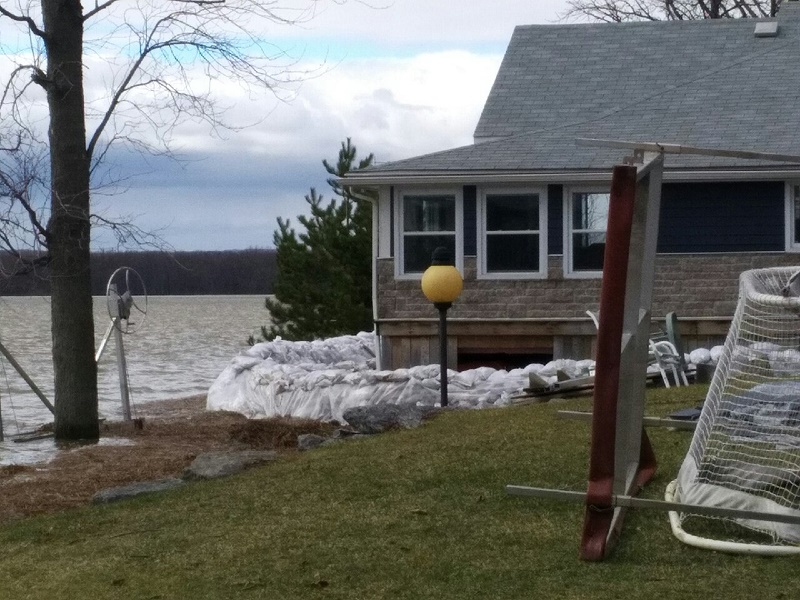 Municipalities on the Ontario side of the Ottawa River continue to closely monitor and respond to flooding.

In Clarence-Rockland, 111 homes are in the flood zone and approximately 30 of those are directly affected.  City employees are routinely checking on homes and residents to ensure their safety.

The city is also reminding residents not to consume water from flooded wells.

Sandbags are still available for property owners who need them.  A supply of sand is being kept at the public works garage.  Other sandbag depots are located at the Jean-Marc Lalonde Arena, Voisine Road, Pago Road, and Wilson Road.

The city is instructing all property owners to keep sandbags in place until the flood threat has subsided.

Alfred and Plantagenet Mayor Stéphane Sarrazin said seven condominiums in the Presqu’île area have been evacuated.  He credited the township’s firefighters and volunteers for all of their help with filling sandbags and assisting property owners.

He said eight to 10 properties in the Domaine Chartrand area are affected and that township staff are patrolling the area every three to four hours to assess the situation.

Riopel did say though the situation could change, but it depends on rainfall and the amount of water flowing down the Ottawa River from further west and north.

Early Thursday morning, Ottawa River was at 42.48 metres in Grenville and Hawkesbury.  It is predicted to peak at 42.6 metres on Monday.  The peak river level during the 2017 flood was 42.8 metres.

On Thursday, South Nation Conservation lifted the flood watch for the South Nation River and its tributaries.  However, 15 to 20 millimetres of rain is forecasted for Friday, and an additional five to 10 millimetres on the weekend.