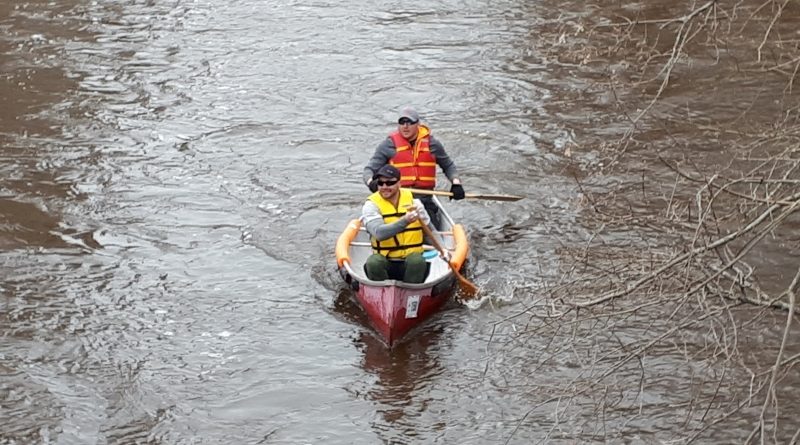 The 47th annual race took place on April 14 and followed a 30-kilometre route from St-Andrews West downstream to Williamstown.

According to the Raisin Region Conservation Authority, which organizes the race, there were 207 canoes and 350 paddlers in this year’s event.  Many were from the surrounding area, but others traveled from other parts of Ontario and Québec.

Water levels were higher than normal, so the Martintown Dam was closed, meaning paddlers had to take their canoes out of the water to bypass it.  When the dam is open, many canoeists choose to test their skills and shoot through it, which always entertains spectators.

The canoe with the fastest time was paddled by Christopher Weber of Chelsea, Québec, and Pierre Lavictoire of Gatineau.  They finished the race in two hours, 19 minutes, and 12 seconds.

Not everyone made it through the whole route—or stayed dry.  The conservation authority reported that some people took an involuntary swim at the Devil’s Chute rapids and 42 vessels did not finish the race.

The paddlers were of all ages and abilities.  Some had sleek new canoes and kayaks, while others were paddling vessels that had clearly seen a few adventures on the water.

Crowds of people gathered along river banks and road bridges to watch the race.  Many of the spectators were cheering on family and friends who were paddling.