Mayors received Meals on Wheels during March for Meals week 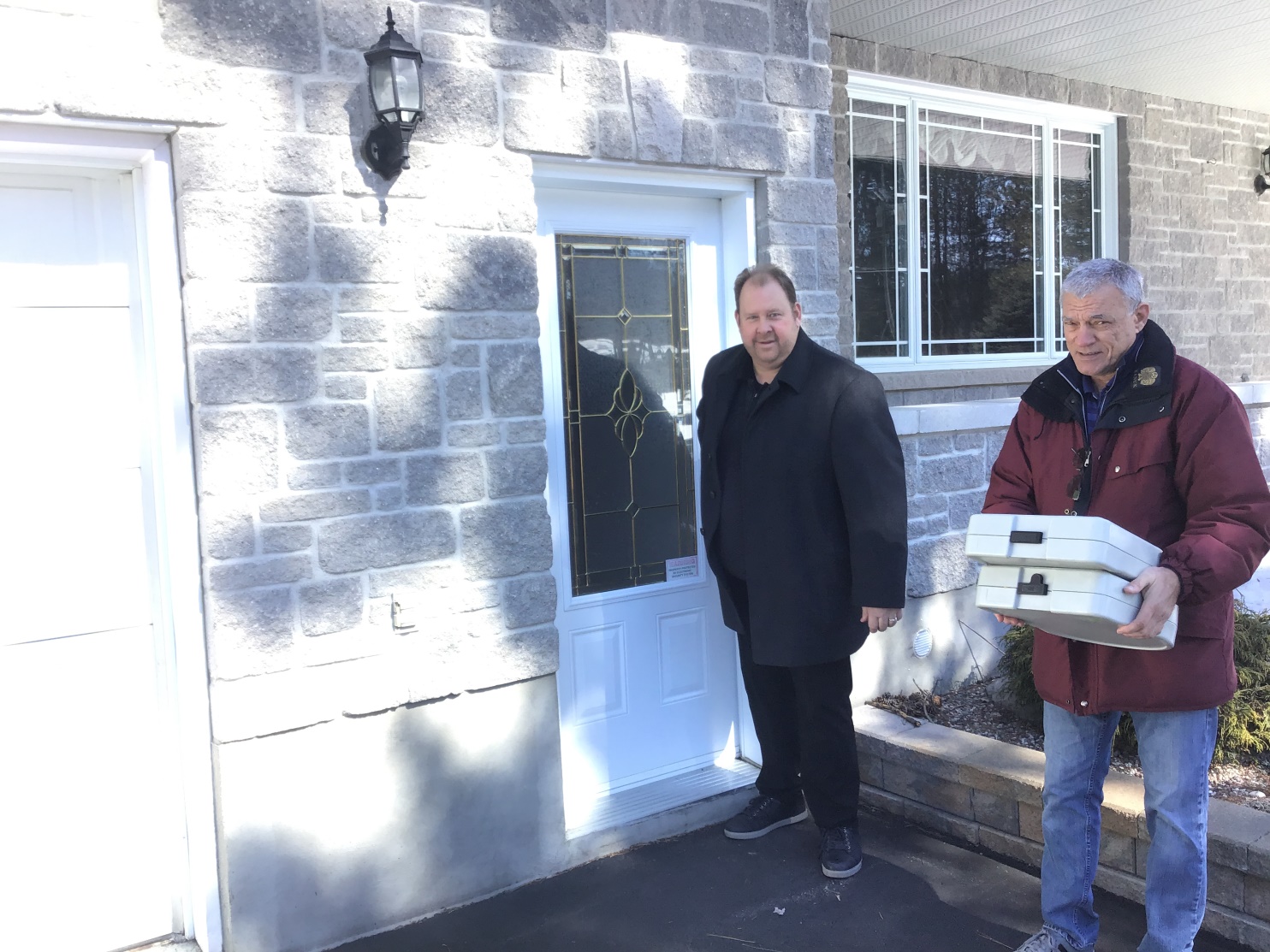 Alfred & Plantagenet Mayor Stéphane Sarrazin was one of several local mayors who enjoyed Meals on Wheels during March for Meals week recently.

Prescott and Russell Community Services would like to thank the new mayors of Prescott-Russell municipalities for their participation during the ‘March for Meals’ week, March 18-22, 2019. The mayors received ‘Meals on Wheels’ at their offices. A statistic report was given to everyone indicating that 11,198 meals were delivered to 206 clients throughout the Prescott-Russell territory.
The Prescott & Russell Community Services greatly appreciated their participation.

Seen below at left is Champlain Township Mayor Normand Riopel, while at right is Hawkesbury Mayor Paula Assaly.